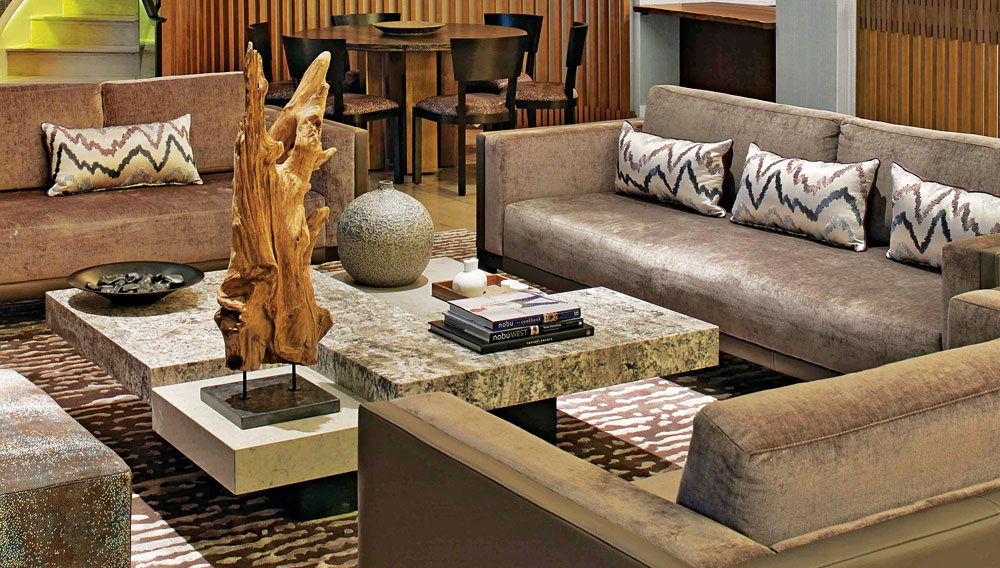 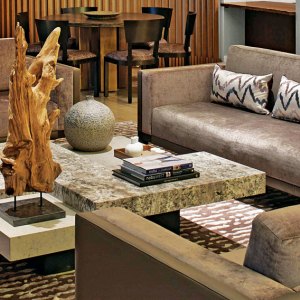 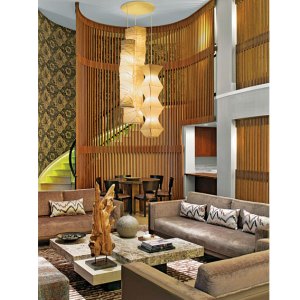 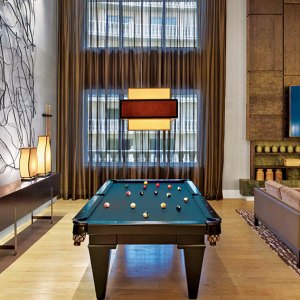 The debut of another Nobu restaurant—even a 12,775-square-foot, 327-seat one in Las Vegas—is not a particularly noteworthy event on its own. But the latest fine-dining venue from Nobu Matsuhisa (see “Luxury’s Most Innovative Brands,” page 100) is just an appetizer for the celebrity chef’s newest venture: the Nobu Hotel Caesars Palace.

The first hotel from Matsuhisa, the 181-room Nobu opened in February in the former Centurion Tower at Caesars Palace, adjacent to the new restaurant (the largest in the Nobu chain). Guests of the 12-story property enjoy in-room delicacies from the Nobu kitchen, with full catering available in the hotel’s 18 suites.

Those suites, which were unveiled in April, include a two-story penthouse (shown) that can be arranged in one- to five-bedroom configurations and features vaulted ceilings, double-height teak screens, a billiards table, and a 90-inch television. The Japanese-themed decor throughout the hotel is the work of David Rockwell, who designed the interiors for several Nobu restaurants—and may have several Nobu hotels in his future. Matsuhisa’s plans for his Nobu Hospitality Group include properties in London, Saudi Arabia, Bahrain, and the Caribbean. Nobu Hotel Caesars Palace, 800.727.4923, www.nobuhotels.com