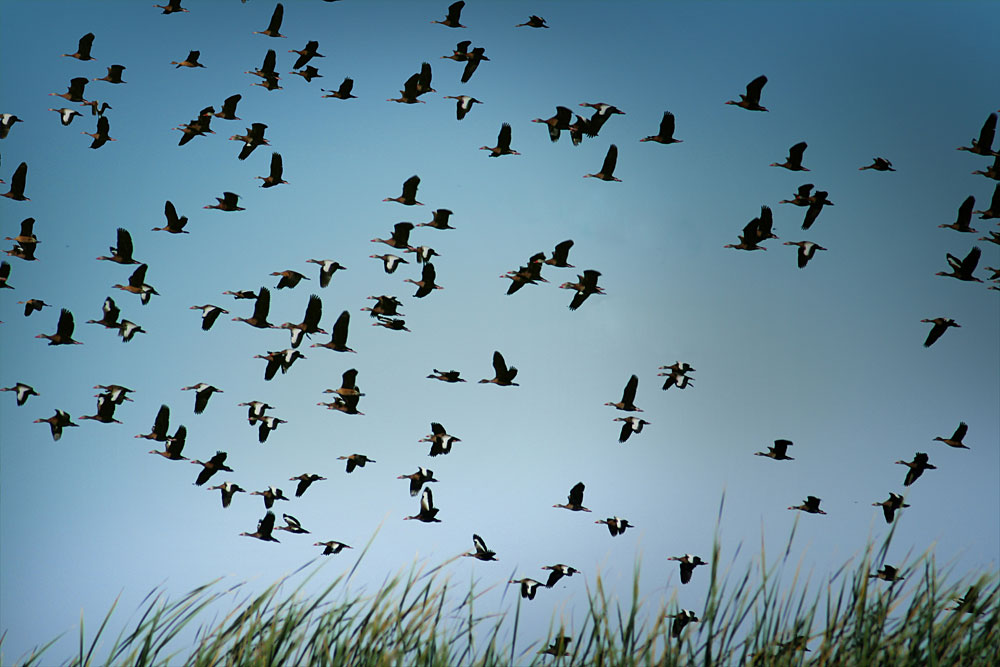 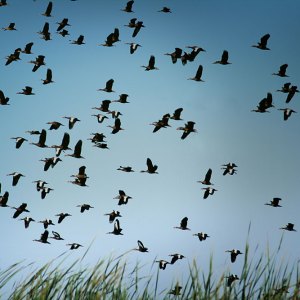 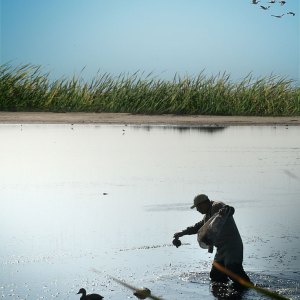 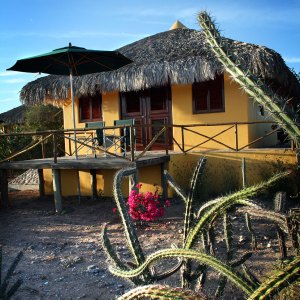 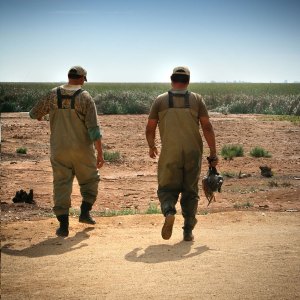 A boat engine roars, prompting thousands of birds to take flight. Their retreating formation darkens the morning sky above a lagoon where 10 hunters, outfitted in camouflage and khaki, are boarding three airboats. The boats’ captains, flanked by wader-clad guides, pull away from the marsh’s banks and speed toward a seemingly impenetrable wall of reeds in the distance.

No maps exist of this 10,000-acre lagoon, and no directional signs aid the captains, yet they maneuver their craft deftly through the labyrinth of cattails, racing through one green alley after another as coots scurry frantically across the water. Within minutes, the first two hunters step off their boat into a small wooden blind.

“I might see more ducks this morning than I would see in three weeks of hunting in Louisiana, or even Saskatchewan,” says Skipper Dickson, a sporting goods wholesaler from Louisiana on his third visit to the Pichigüila Club. The abundance of game birds, however, is only part of the allure of this hunting camp located a half hour’s drive from Culiacan, in the Mexican state of Sinaloa. “This marsh right here would have hundreds and hundreds of hunters and 20 or 40 duck clubs anywhere else in the world,” adds Dickson. “But down here, you have one duck club. You go out there in that airboat, you won’t see another boat; you won’t see another hunter.”

I had arrived at this isolated duck-hunting establishment three days earlier. The club, which spans more than 100,000 acres, attracts sportsmen such as Dickson who have pursued birds all over the world. Most guests fly private jets to Culiacan and then spend two or three days hunting the 14 species of ducks that winter in the Pichigüila marsh. (The season runs from early November through early March.) The camp accommodates a maximum of 10 guests in the five bungalows that make up its Premier Club, where rates are about $1,500 per person, per day, including all meals and hunts.

When not pursuing ducks, doves, and other species, guests can take in the sunset from the bungalows’ decks and dine on spit-roasted suckling pig, seafood from the nearby bay, and other fresh local fare. The accommodations and cuisine are typical of an upscale hunting camp, as are Pichigüila’s expert guides and the camaraderie that develops among the guests. The club’s birds, however, are extraordinary.

According to Pichigüila’s owner, Tony Pico Jr., more northern pintail ducks live at the property than anywhere else in Mexico. The numbers of this prized bird have dropped precipitously in other locations on the continent, so hunters elsewhere are generally limited to one bird per day. Pichigüila’s abundance of pintails, though, means that you can take as many as five per day, among the limit of 25 total birds of all species.

Some of Pichigüila’s guests take their downed birds home in coolers; others donate them to the club, where they become meals for guests and the staff of 40. Guests can bring their own firearms, but most of Pichigüila’s regulars rent guns and buy shells on-site, avoiding the inconveniences of clearing customs and registering guns with Mexican authorities.

During my stay at Pichigüila, I meet a man considering a run for the governorship of Sinaloa, and several successful entrepreneurs. Philippe Foriel-Destezet, founder of the Swiss staffing firm Adecco and owner of four hunting camps in Europe, tells me that he comes to Pichigüila for its variety of species: gadwalls, widgeons, spoonbills, pintails, three kinds of teal, and others. The game, he says, provides more of a challenge than do the mallards—many of which have been raised in captivity—that are prevalent in European camps.

Once inside one of Pichigüila’s blinds, I understand what Foriel-Destezet means by a challenge. But after a few errant shots, my 12-gauge semiautomatic Benelli begins to find its mark. I learn to distinguish among the low-flying zip of the pintails, the blur of the teal, and the languorous flapping of the pichigüila, the resort’s namesake species.

Ducks plummet, splash in the brackish water, and then slowly drift away from the blind, pushed by wind and current. I later learn that Pichigüila’s guides gather downed birds with the airboats, but as I watch my quarry float away, I ask my hunting partner why the camp does not use dogs to retrieve the birds.