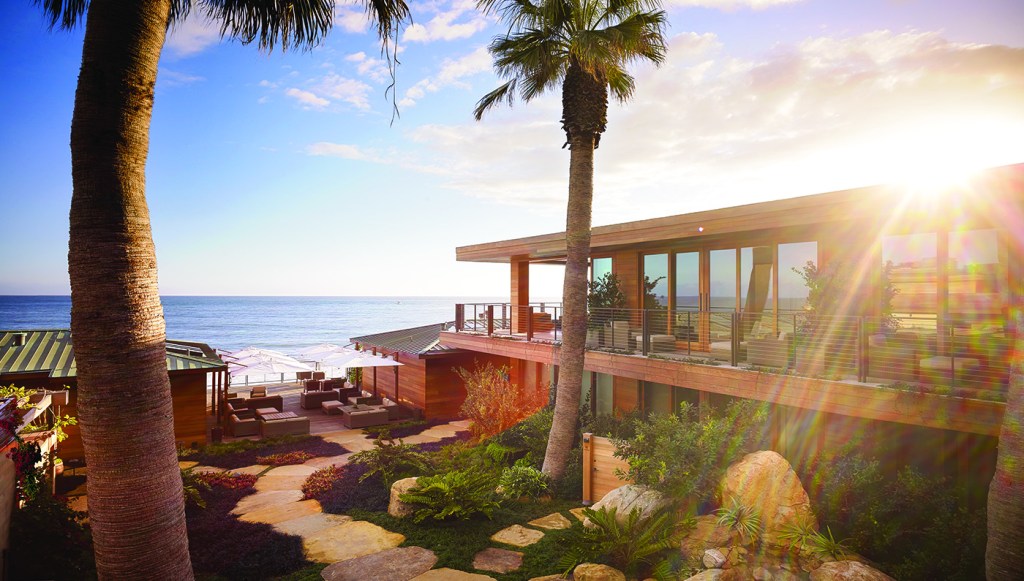 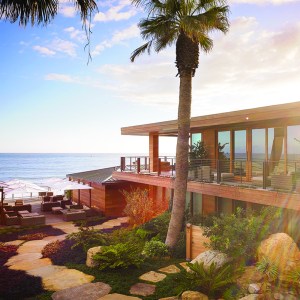 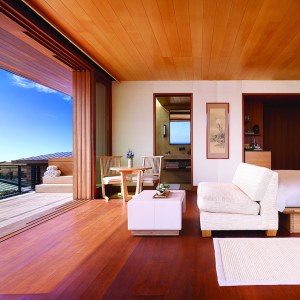 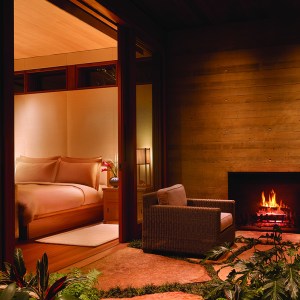 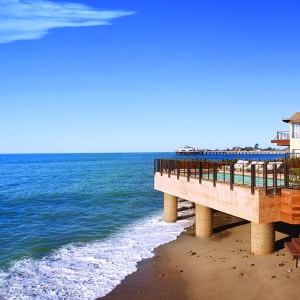 After years of development, Nobu Ryokan Malibu is finally ready to bring its Omotenashi-style Japanese hospitality to the California coastline. The April 28 opening of the 16-room property marks the fourth Nobu Hotel to open worldwide since 2013; it is the first in Nobu Hospitality’s new Ryokan Collection, which the company envisions as a group of exclusive, sanctuary-like retreats.

Located just steps away from Nobu’s famous beachfront restaurant, the teak-paneled ryokan—located within a restored 1950s-era motel—is a sleek and modern retreat designed by the local firm Studio PCH, Montalba Architects, and Todd-Avery Lenahan of TAL Studio. Together, the team has artfully combined breezy Californian design with the minimalist aesthetic of traditional Japanese inns. Although each room has been individually designed to provide guests with unique experiences, they are all united by a neutral palette of teak, bronze, and limestone. Each room also features hallmarks of the traditional ryokan inn, such as tatami mats and handcrafted soaking tubs perfect for a warm soak after a day at Carbon Beach.

Nobu Ryokan features a 37-foot lap pool and expansive sundecks, and a peaceful garden. Should guests wish to remain hidden away in their Californian ryokan, they can also order a selection of Chef Nobu’s signature dishes for in-room dining. Reservations for Nobu Ryokan Malibu are now available for stays beginning April 28, 2017. (noburyokanmalibu.com)