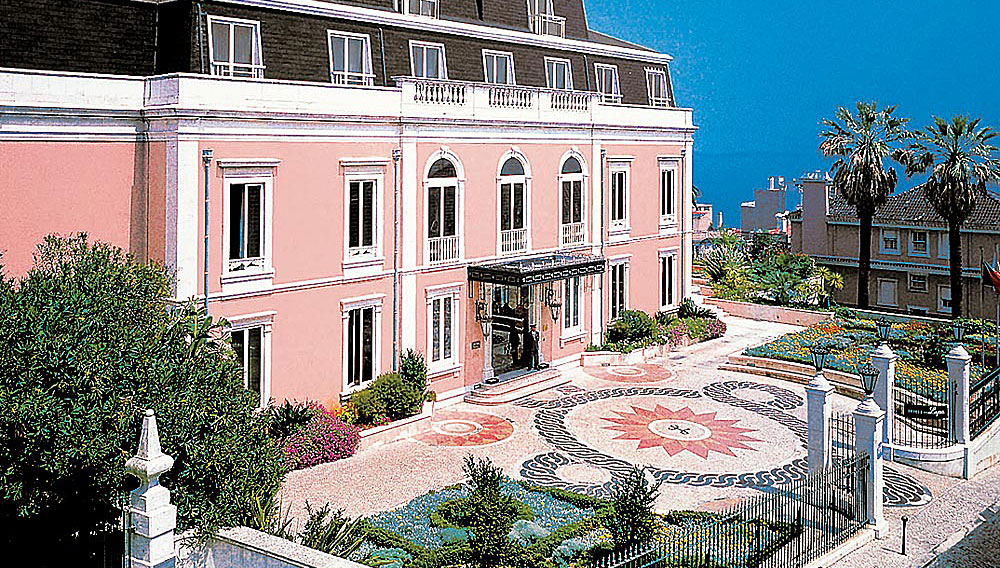 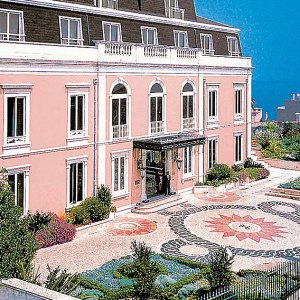 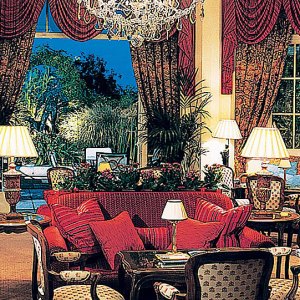 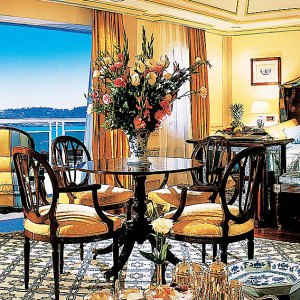 Guests rising from a night’s sleep at Lapa Palace should expect a certain amount of disorientation. The hotel, set high on one of Lisbon’s seven hills, is within walking distance of the Portuguese capital’s lively Barrio Alto, Baixa, and Chiado neighborhoods. But in Lapa’s treehouse-like guest suites, which overlook either the Tagus River or the hotel’s century-old grounds, birdsong and Portuguese guitar music drown out the sounds of the city. Built in 1870 and converted into a palace by the Count of Valença in 1883, Lapa retains much of the furniture and tile work commissioned by the count. Portugal’s trademark azulejo decorative tiles, created by ceramist Rafael Bordalo Pinheiro, embellish surfaces throughout the interior. Pinheiro’s brother, 19th-century portraitist Columbano, painted the walls and ceilings of the grand ballroom with the likenesses of Lisbon aristocrats. Accommodations Traditional Portuguese interiors in the 109 guest rooms and suites, all of which have terraces with views either of the river and bustling city or of the hotel’s gardens. Facilities Indoor and outdoor swimming pools and a wellness center with a fully equipped gym, sauna, and Turkish steam bath. The menu at La Prairie at the Lapa Palace Spa offers treatments ranging from caviar firming to shiatsu. Dining Italian at Ristorante Hotel Cipriani; salads, sandwiches, and seafood at Le Pavillion; and high tea and cocktails at the Rio Tejo Bar. Concierge Recommends Opened this June, the Berardo Museum of Modern and Contemporary Art features nearly 1,000 works, including Picasso’s 1929 Femme dans un Fauteuil and Andy Warhol’s 1967 Ten Foot Flowers. Rates Garden-view rooms from $510, the Royal Suite Conde de Valença from $3,180.