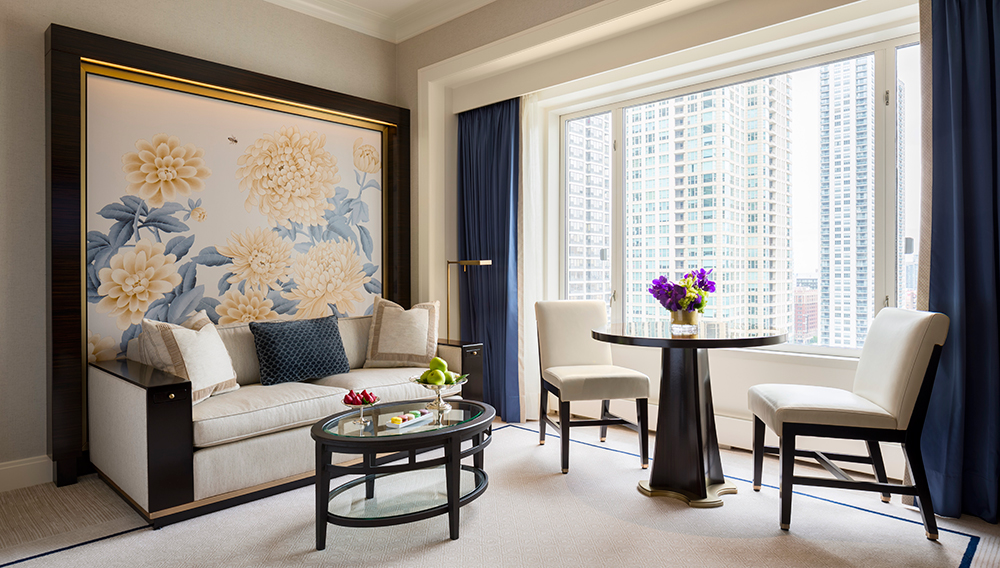 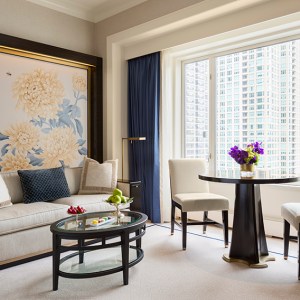 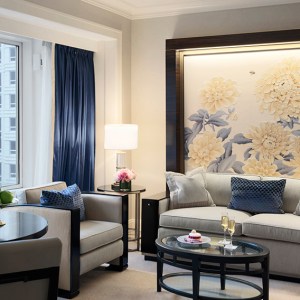 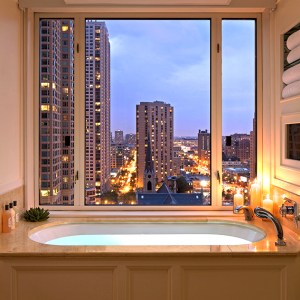 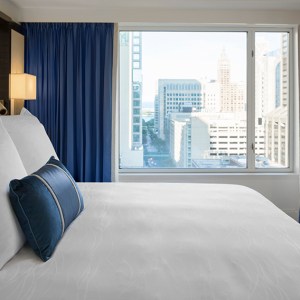 Chicago is a magical city year-round. Winter provides ample opportunities to ice skate under snow-kissed skies before dashing into hole-in-the-wall restaurants for deep-dish pizza or Chicago-style hotdogs—while summer reveals a city set abloom with irises and lilies, best viewed by river cruises or sailboat charters. The only question is where to rest in between action-packed days.

The Peninsula Chicago—which is scheduled to complete a major renovation of all 331 guest rooms and suites this April—provides the answer to that question. The renovated rooms feature built-in desks and vanities; deep-blue textiles and linens, inspired by Lake Michigan and the Chicago River; and panoramic views of the Chicago skyline. Local artist Jean-Jacques Porret designed abstract bronze sculptures for each room, while artist David Qian carefully handcrafted floral pieces with chrysanthemums (the official flower of Chicago). Each of the refreshed suites is bedecked with a hand-embroidered-silk chrysanthemum art wall, hand-painted artisan glass elements designed by artist Michael Glickman, and a chinoiserie cabinet designed by David Qian.

The rooms also highlight new state-of-the-art interactive digital tablets (preset in one of 11 languages) that control room temperatures, lighting, and television channels, as well as access restaurant menus and hotel services. The Peninsula Chicago will further distinguish its technological prowess with two new guest services: 24-Hour Check-In for web bookings and Keys to the City for access to Chicago attractions, such as private tours at the Michelin three-star restaurant Grace, VIP access to Broadway in Chicago performances, a fast pass at the Art Institute of Chicago, and more. (chicago.peninsula.com)