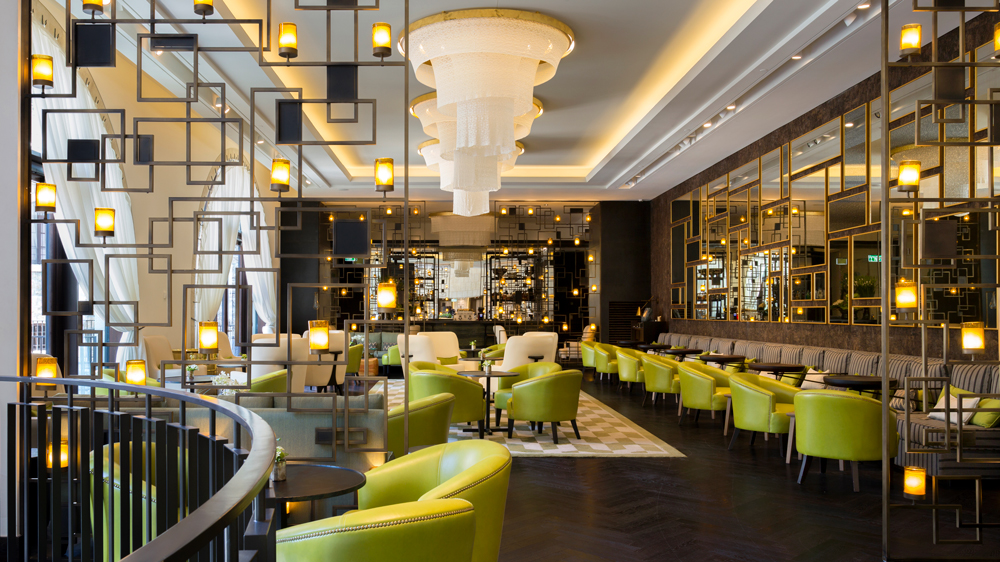 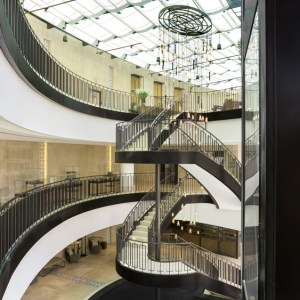 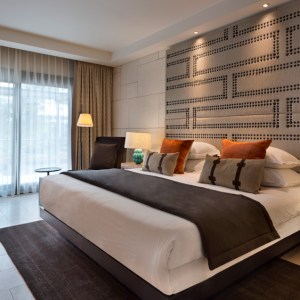 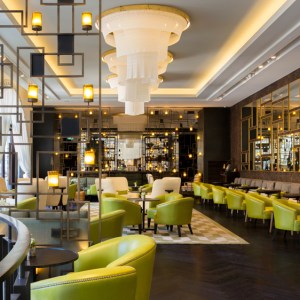 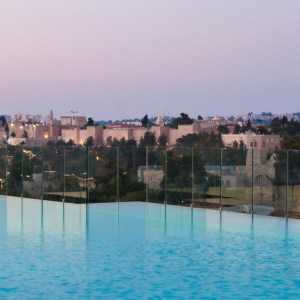 Tucked inside West Jerusalem’s stylish German Colony neighborhood, the new Orient Jerusalem hotel is quickly set to become a crown jewel in the already sought-after neighborhood. A sleek mix of east and west, the property—which marks the first opening in the capital city for Isrotel, one of Israel’s premier hotel brands—is an architectural stunner. Its 243 rooms and suites are spread across two historic buildings, built by the German Templar Society in the late 19th century, and a sculptural glass tower, resulting in a thoroughly modern resort that pays homage to the neighborhood’s storied history.

The architects behind the Orient Jerusalem spent years transforming the space—which formerly served as a community school—and the result is an expertly balanced mix of new and old that takes full advantage of the hotel’s prime location. Each of the guest rooms feature a pared-back palette of rich neutrals, allowing the sweeping views of the Old City to take center stage, giving guests a welcome sensory respite from the vibrant, bustling markets and historical landmarks outside.

After settling into their rooms, guests should head straight up to the hotel’s rooftop pool, which, thanks to its panoramic views of Jerusalem and the Old City, is the perfect place to get their bearings while enjoying a cocktail. In case they didn’t get enough of their history fix while out wandering the city below, guests of the Orient Jerusalem can browse through the hotel’s lobby museum, which features art and artifacts from the neighborhood’s German Templar era.

Once they’ve gotten their sightseeing fill, they can unwind and center themselves at the extensive spa, which features both eastern and western therapies, like an authentic Turkish hammam and Ayurveda and Shiatsu treatments.