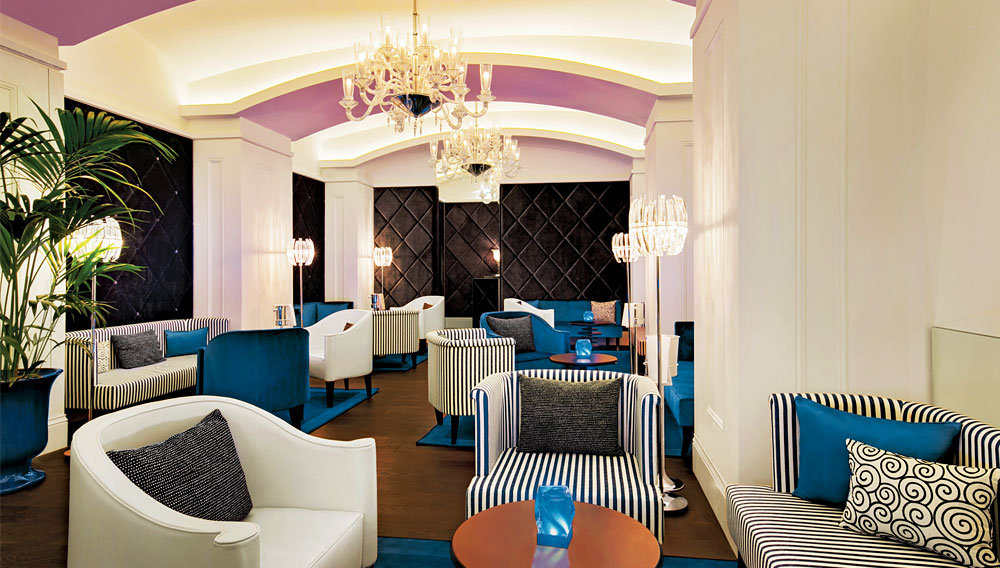 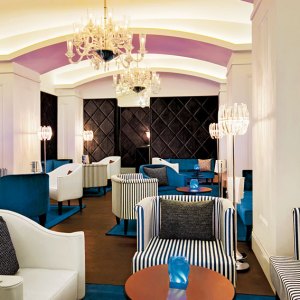 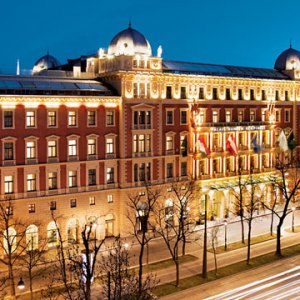 When the Palais Hansen Kempinski Vienna debuted with a grand-opening gala in March, the celebration was nearly a century and a half overdue. The hotel, designed by the Danish architect Theophil Edvard von Hansen, had been completed more than 140 years earlier for the 1873 World Exhibition—but it never welcomed a single guest. Instead, the neo-Renaissance-style palace became city property and operated as a police station and municipal building until the end of the 20th century.

Following a two-and-a-half-year renovation, the Kem­pin­ski is finally fulfilling Hansen’s vision as a sophisticated hotel in the heart of downtown Vienna. Restored architectural elements—monumental columns in the lobby, ornate detailing on the facade—complement the contemporary interiors in the 152 guest rooms and suites, which feature custom furnishings, marble and stone bathrooms, and iPad entertainment systems.

The Kempinski is also home to an 8,600-square-foot Turkish-inspired spa and a cigar lounge stocked with rare Cognacs and whiskeys. In addition to small bites and high tea in the chandeliered Lobby Lounge, guests can choose from casual cuisine at the farmer’s-market-style Die Küche or fine international fare at Edvard. Palais Hansen Kempinski Vienna, +43.123.61.000, www.kempinski.com