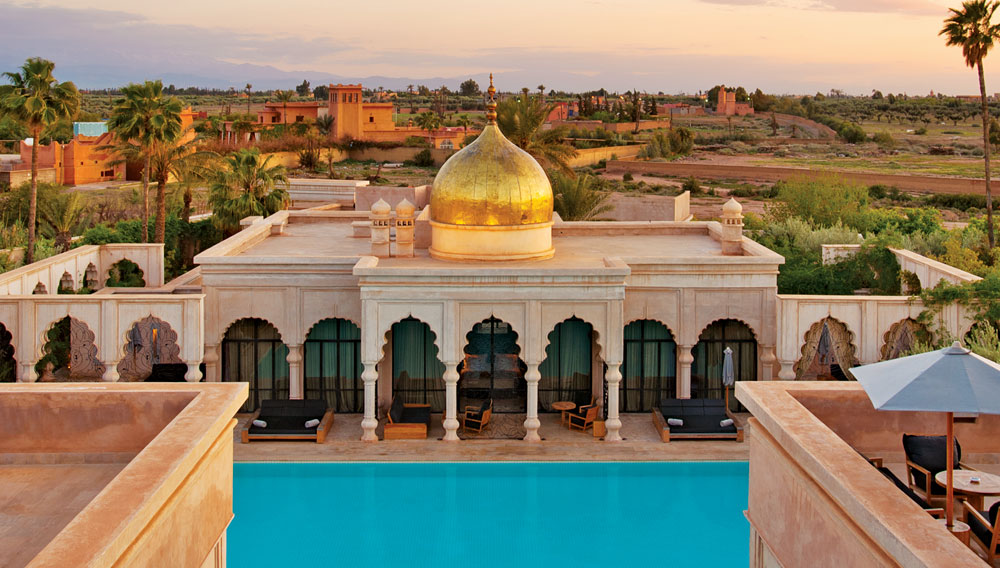 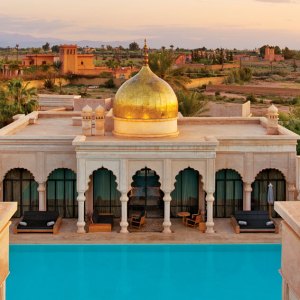 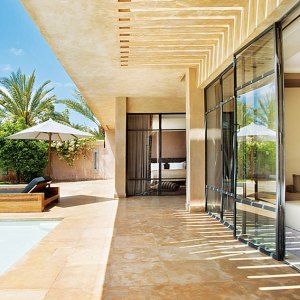 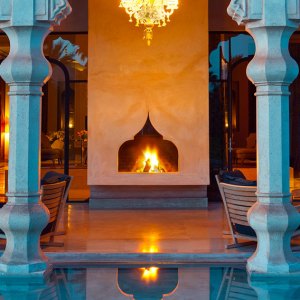 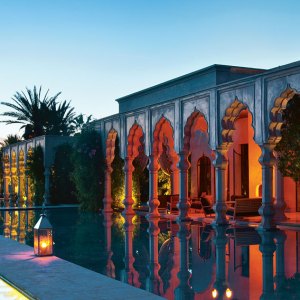 Palais Namaskar is an oasis on the outskirts of Marrakech. Opened in April, the enchanting city resort occupies a tranquil 12-acre site located just a few miles from the bustling medina. The property’s groomed paths cut through Balinese-style gardens, and its Moorish- and Andalusian-influenced structures cast colorful reflections across the glassy surfaces of lakes and ponds.

Part of the Oetker Collection, which also includes France’s Le Bristol Paris and Hotel du Cap-Eden-Roc, Palais Namaskar offers 39 modern rooms, suites, and villas, many with private pools. Two palace-style accommodations also have pools, as well as gardens, golden domed rooftops, and butler service. The hotel’s extravagances extend to the public spaces, among them a tea lounge with a 10-foot Murano-glass chandelier, a spa with two hammams, a French-Moroccan restaurant with sky-high ceilings, and a breezy rooftop bar that looks out to the Ochre City.

Palais Namaskar serves as a base for such excursions as helicopter rides to the Sahara desert and insider tours of the medina. The resort will also arrange private-jet service to and from its sister properties in France.