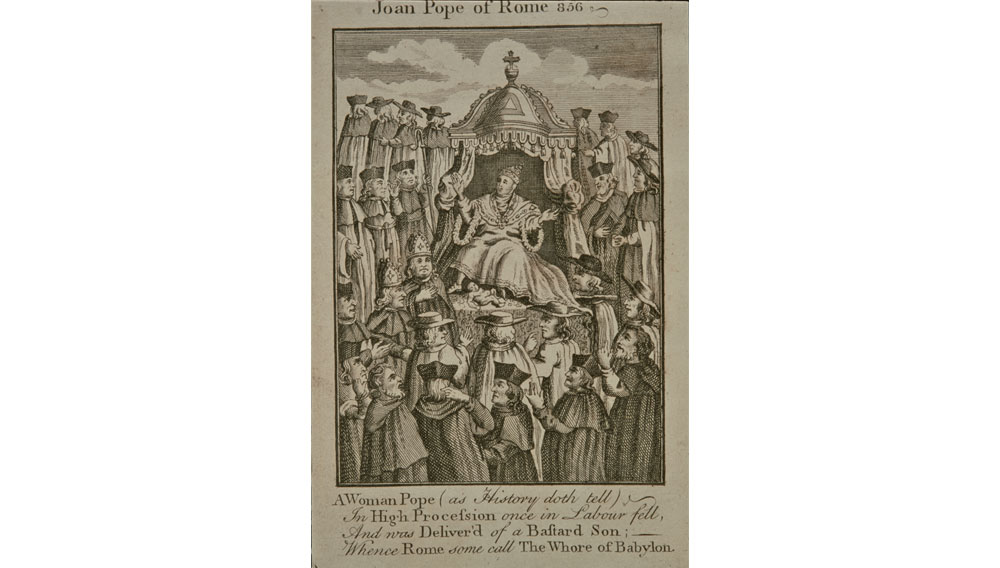 Each new year brings fresh opportunities to contemplate the future—as we do in this month’s Private Preview for 2015—and to meditate on the lessons of the past. Doubtless reflections of both types occupied Cardinal Cosimo de’ Migliorati as he and his entourage made their way through the streets of Rome in October of 1404. Schism had factionalized the Catholic Church since 1378, and after de’ Migliorati’s peers anointed him pontiff, riots broke out in the Eternal City. Such somber thoughts accompanied the pope-elect through the narrow avenues and piazzas that separated St. Peter’s Basilica from St. John Lateran, where he would be crowned Innocent VII. Near the end of this progress, a member of the party, Adam of Usk, records that a statue in the lane before the church of San Clemente interrupted the cardinal’s reveries, causing him to turn away in revulsion. This reaction did not in the least surprise the observer, who recognized in the stone figure one of the past’s most painful lessons.

The subject of the sculpture, according to Adam of Usk, was a source of further anxiety for the prelate once he entered the basilica. There, he was required to sit on “a chair of porphyry, which is pierced beneath for this purpose, that one of the younger cardinals may make proof of his sex; and then, while a Te Deum is chanted, he is borne to the high altar.” This curious ceremony was reportedly introduced in 855 by Benedict III, who sought to avoid the humiliation visited on the papacy by his putative predecessor, sometimes referred to as Pope John VIII, whose likeness so disturbed Innocent VII.

Martinus Polonus, a 13th-century monk, tells the tale of this provocative pontiff, an Englishman who journeyed to Greece to study and became an important teacher. In Rome, this scholar was welcomed into the Curia and made a cardinal; upon the demise of Leo IV, he became pope, but his reign was exceedingly brief—a mere “two years, seven months, and four days.” While riding in a cavalcade, the Holy Father apparently went into labor. “This John,” Martinus writes, “was a woman, who as a girl had been brought to Athens in the clothes of a man by a certain lover of hers. . . . While pope, however, she became pregnant by her companion. Through ignorance of the exact time when the birth was expected, she was delivered of a child while in procession from St. Peter’s to the Lateran, in the narrow lane between the Colosseum and St. Clement’s Church”—the very spot where her statue later stood.

For centuries, the scandal of “Pope Joan” (shown) delighted the vulgar-minded and appalled champions of change. During the Reformation, the church’s critics made liberal use of this disgrace to demonstrate the decadence of the papacy. At the Council of Constance—a 15th-century effort to reconcile schism—the accused heretic Jan Hus notoriously invoked Pope Joan as evidence of ecclesiastical excess, and Martin Luther, in 1510, scorned the corruption of Rome embodied in the statue of “a woman wearing a papal cloak, holding a child and scepter.”

During his pontificate, Sixtus IV supposedly had this marble memento of Joan tossed into the Tiber, but the fate of the popess herself is less definite. Some versions of her story suggest she ended her days confined to a convent and that her child became a bishop; another, written by the monk Jean de Mailly, claims she was dragged through the city by a horse. At the spot where she died, de Mailly notes, a placard bore the inscription, “O Peter, Father of Fathers, Betray the Childbirth of the Woman Pope.”

The truth, however, is less gothic than bathetic. Although an actual Pope John VIII existed, his reign came later than that ascribed by Martinus Polonus to Pope Joan, and Benedict III received his crown only two months after Leo IV’s death, leaving no time for the female cardinal to even try her mitre on for size. Some scholars attribute the tale of Joan to satirical works on John XI or, probably more accurately, John XII, whose short life of lechery, legend declares, ended in flagrante delicto with a head blow from the devil himself. In either case, the fictitious popess certainly had her true believers, and her myth continues to remind us that the most important lesson of the past is just how imperfect our collective memory can be.