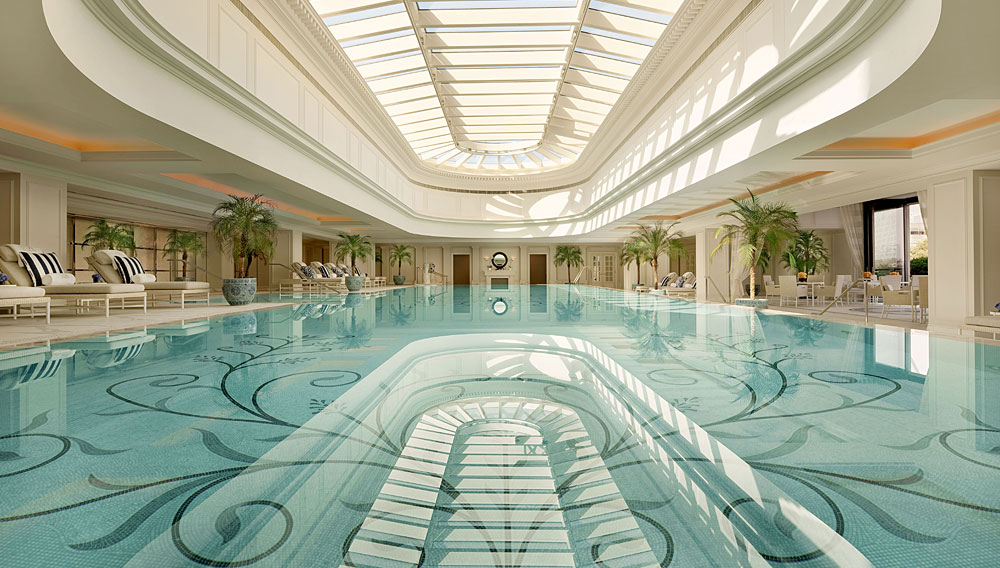 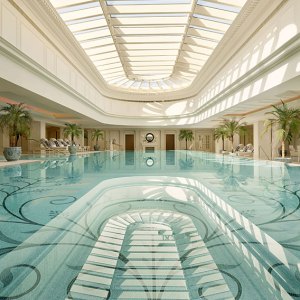 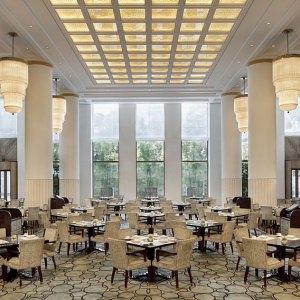 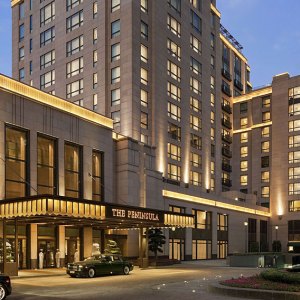 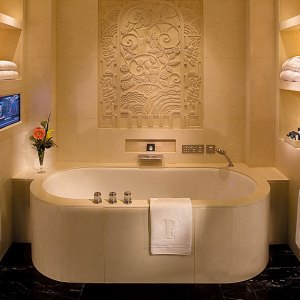 The Peninsula Shanghai is the first new building in the city’s riverfront Bund district in more than 60 years. The 15-story Art Deco–style hotel sits across the Huangpu River from the Pudong district—home to the city’s bulbous Oriental Pearl Tower and skyscraping Shanghai World Financial Tower—and offers some of Shanghai’s finest views. The Pudong’s futuristic skyline presents a sharp contrast to the historic Bund, where Shanghai’s rich collection of Art Deco architecture reaches an apex. Architect David Beer submitted 10 building plans before city officials approved his design for the Peninsula, which is clad in rectangular blocks of granite to blend with its neighbors. Glamorous interior spaces created by French designer Pierre-Yves Rochon recall the 1920s and 1930s. Accommodations 235 rooms. Dining A grand dining room at Sir Elly’s rooftop restaurant and bar serves European cuisine, while the hotel’s Yi Long Court features the Cantonese fare of Tang Chi Keung, China’s first Michelin-starred chef. Facilities Spa by Espa, a fitness center, and an indoor pool. Rates Rooms from $470 to $800 per night, suites from $930 to $12,400 per night.