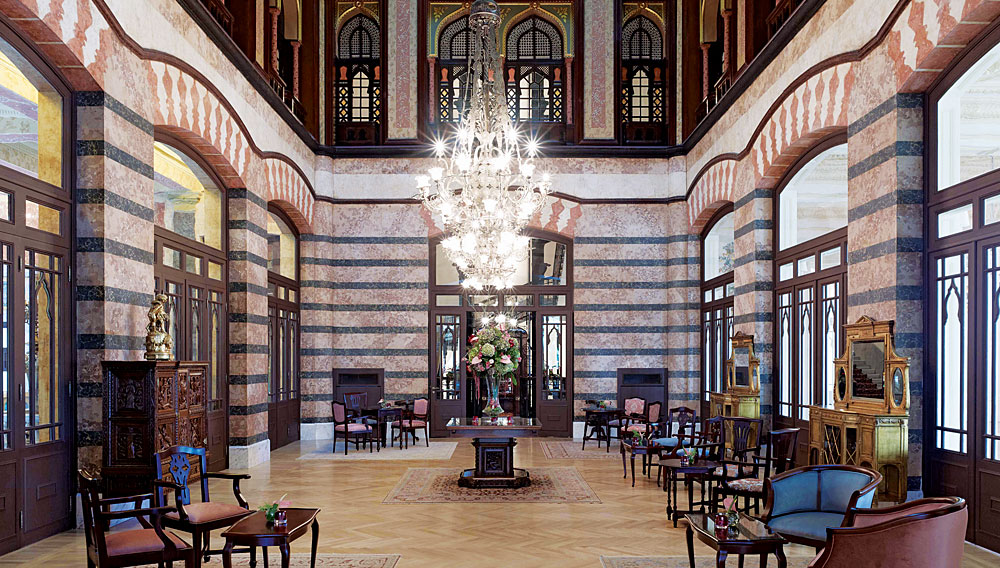 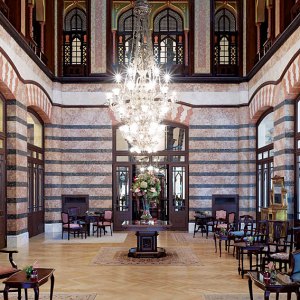 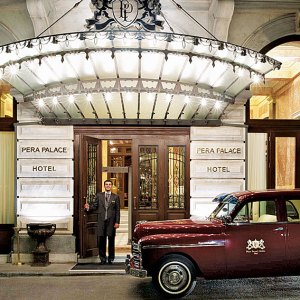 Pera Palace Hotel served for decades as the glamorous final stop for Orient Express passengers following their three-day journey from Paris to Istanbul. The train stopped serving Istanbul in 1977, and the hotel gradually lost its luster, eventually closing in 2006. But last September, the 116-year-old Pera Palace reopened after a $29 million restoration that preserved and modernized the landmark.

Once famous for having the first electric lift in Istanbul, Pera Palace now boasts a bank of modern elevators that complements its restored iron-birdcage original. A roof with six glass domes tops off the Kubbeli Saloon, where guests can enjoy afternoon tea accompanied by live piano music.

Furnished with antiques and Oushak rugs, Pera Palace’s 115 guest rooms and suites offer views over Istanbul’s Beyo?glu district. Agatha Christie is rumored to have written Murder on the Orient Express while taking in such scenes from room 411, which is now named after the writer. German chef Max Thomae also pays tribute to Pera Palace’s roots at the upscale Agatha Restaurant, where he masterfully combines Turkish ingredients and Parisian cooking techniques. Pera Palace Hotel, +90.212.377.4000, www.perapalace.com