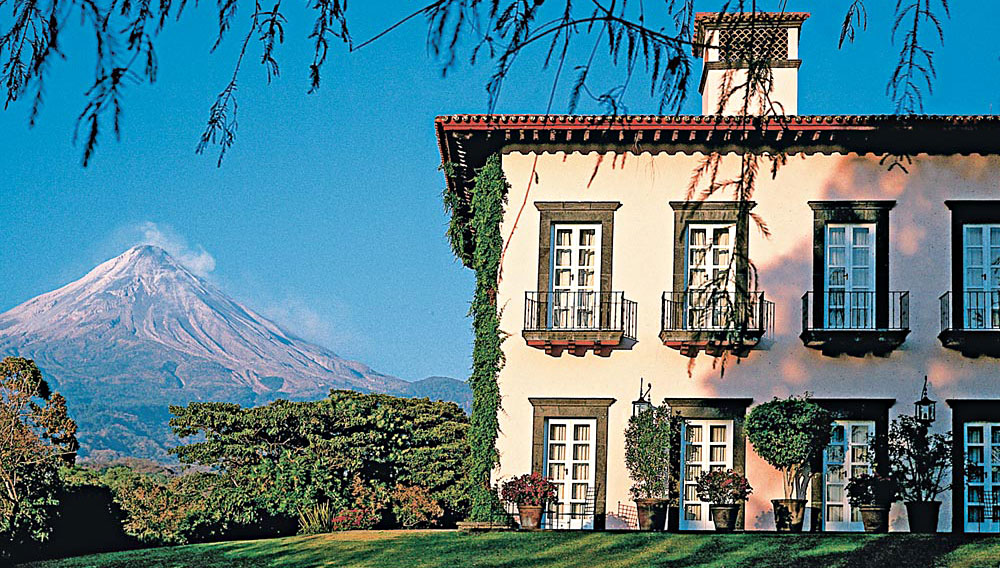 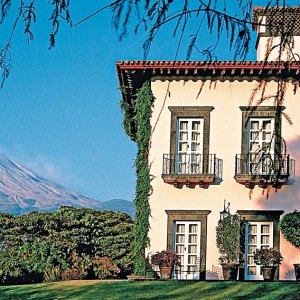 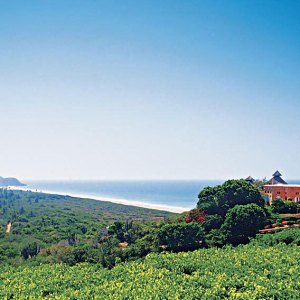 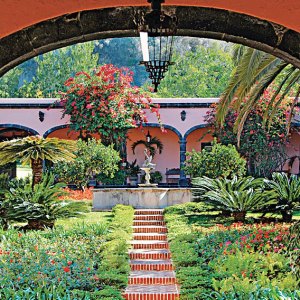 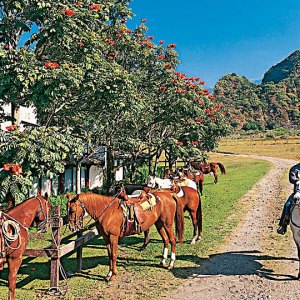 What » A two-part trip to see the best of Mexico’s coast and colonial core.

Who » Hoteliers Goffredo and Alix Marcaccini moved from Los Angeles to Mexico in 1992. “After the L.A. riots,” says Goffredo, “we decided to stay here.” The couple now owns and operates Hacienda de San Antonio, a hotel in the highlands of western Mexico, on the estate of Alix’s late father, the British-French financier Sir James Goldsmith. The Marcaccinis also manage the family’s 25,000-acre Mexican beach estate, Cuixmala, as a resort. “We’ve kept them in such a way that the traveler lives the experience and the lifestyle of the Goldsmith family,” says Goffredo. “We want guests to feel like they own these properties.”

The Trip » Both Hacienda de San Antonio and Cuixmala have grass airstrips, so guests can arrive by private plane. At San Antonio, which is located at the foot of the Volcán de Fuego, general manager Viviana Dean will greet the travelers upon their arrival. Dean, who is fluent in three languages and holds a master’s degree in art history, “plays the role of personal escort during guests’ stays,” says Goffredo.

The two-story, 19th-century hacienda, which opened as a hotel in 2000, sits at the heart of the 5,000-acre ranch. Guests can explore the property’s coffee plantation, animal farm, and cheese factory—where more than 30 organic cheeses are made for the restaurants at San Antonio and Cuixmala—on horseback, on foot, by bike, or in a Jeep. “Days spent at the hacienda can be as leisurely or as active as guests desire,” says Goffredo.

San Antonio’s 25-suite guest wing, located adjacent to a courtyard garden, includes three one-bedroom grand suites with views of the garden or the Volcán de Fuego. The resort employs volcano expert Gilles Jean Michel Arfeuille, a professor of science at the University of Colima, to educate guests and lead them on ascents to the top of a granite precipice with views of the mountain, the ranch, and the hacienda.

Additional activities include a trip by plane to nearby Guadalajara, where Dean will escort the travelers through the town’s colonial center. In Tlaquepaque, known for its cobblestone streets and colorful homes, she will lead the group to some of the country’s finest arts-and-crafts boutiques, including Alberto Alfaro Joffroy’s Antigua de México.

When the time comes to depart San Antonio, Goffredo recommends taking a 30-minute flight directly to Cuixmala. Goldsmith discovered this property—located 99 miles south of Puerto Vallarta on the Pacific Coast—while looking for a place to build an organic farm and vacation homes for his family. He soon recognized the site’s ecological significance and thus started the Chamela-Cuixmala Biosphere Reserve, the first private ecological reserve in Mexico. “It’s like going to the Galápagos, because the marine life and the animal life on this stretch of coast are so diverse,” says Goffredo. “It’s unique. It’s beautiful. It’s exclusive.”

The estate, which was a private family retreat for several years before it opened as a resort in 2003, includes the main Casa La Loma building, three villas, and nine stand-alone casitas, as well as a two-mile stretch of private beach. Personal chefs prepare meals upon request using organic ingredients produced at the property’s nurseries, plantation, and ranch.

Guests can spend their days at Cuixmala on horseback or on a Mexican safari. (Goldsmith imported zebras and antelope to the property, and these animals share the reserve with wild boars, crocodiles, and other native species.) The resort can also arrange sailing excursions along the coast and to the nearby Chamela Islands.

Goffredo believes that the wildlife and scenery at Cuixmala, paired with the history and culture of a trip to San Antonio, offer an ideal introduction to Mexico. “I love the whole country of Mexico, from Oaxaca in the south to the desert in the north,” he says. “And these two properties in combination are the right way to start getting to know Mexico.”

The Exclusive » Cuixmala will prepare a Morocco-meets-Mexico night, with a family-style Mediterranean meal served under an authentic Moroccan tent outside Casa La Loma. The staff will light a bonfire on the beach, where guests can roast marshmallows while a Mexican trio plays music by the resort’s pool.

Price » About $120,000 for a party of four, inclusive of accommodations, meals, and transfers between properties.