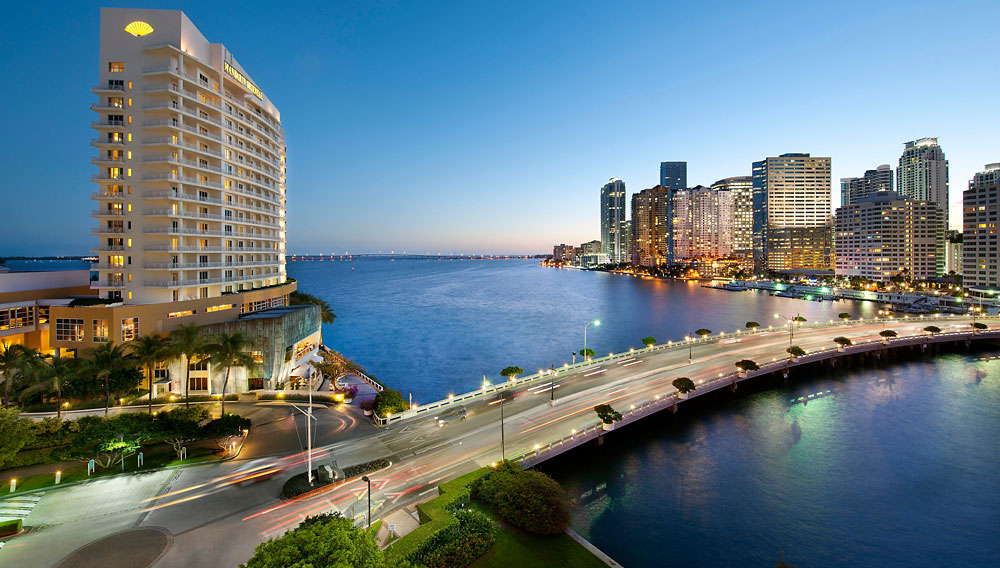 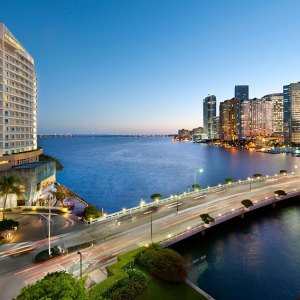 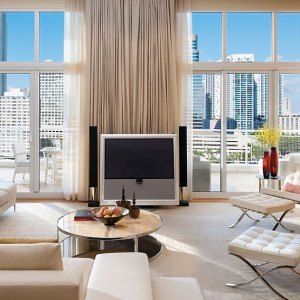 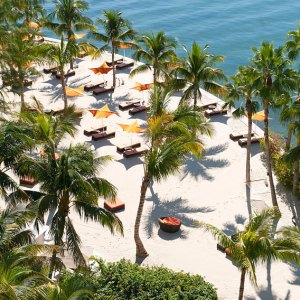 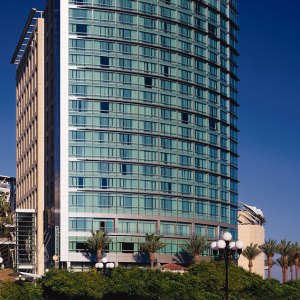 With America’s favorite pastime back in full swing, luxury hotels around the country are teaming up with local stadiums to create baseball-themed packages that go beyond peanuts and Cracker Jacks. Read on for the season’s most exclusive game-day experiences.

The recently opened Capella Washington D.C., Georgetown is Nationals fans’ newest hot spot, thanks to the its Take Me Out to the Ball Game package (starting at $3,180), which includes a two-night stay with daily breakfast and one dinner for two in the Grill Room. Game-day perks abound, with round-trip limousine transfers, two official jerseys, a tour of Nationals Park, and two Lexus President Club tickets including all food, beer, and wine. (855.922.7355, www.capellahotels.com)

The Mandarin Oriental, Miami’s I Love Marlins package (starting at $2,450) debuted last year with the launch of the team’s new first-class stadium. This year, guests can expect the same benefits (if not the same all-star lineup on the field): two nights in a luxury suite, two box-seat tickets, two Marlins jerseys and caps, chauffeured transfers to and from Marlins Park, and two treatments at the hotel’s spa. (305.913.8288, www.mandarinoriental.com/miami)

Whether you’re a Giants fan or not, the St. Regis San Francisco is a grand slam with overnight accommodations in one of its expansive Metropolitan Suites, two St. Regis baseball hats, a St. Regis stadium blanket, and two premium tickets to a regular-season game (from $2,050). Toast a win—or mourn a loss—at the hotel’s Ame Lobby Bar, where Cain cocktails (named for the Giants pitcher Matt Cain) are also included in the package.(415.284.4000, www.stregissanfrancisco.com)

At the Ritz-Carlton, Denver, Rockies fans can expect the MVP treatment with two tickets to a home game, a deluxe room, a keepsake gift, complimentary valet parking, and a $50 dining credit to Elway’s Downtown, the hotel’s signature surf-and-turf restaurant named for its co-owner, the former Broncos quarterback John Elway (from $449). (303.312.3800, www.ritzcarlton.com/denver)

The Omni San Diego Hotel’s proximity to the Padres—it is attached via sky bridge to Petco Park—is not its only perk. Available through September, the hotel’s Beer, Brats, and Baseball package (starting at $289 per night) includes two tickets, game-day snacks in your room, beer and bratwurst at the hotel’s Terrace Bar & Grille, and an overnight stay in a deluxe room. (619.231.6664, www.omnihotels.com/FindAHotel/SanDiego)