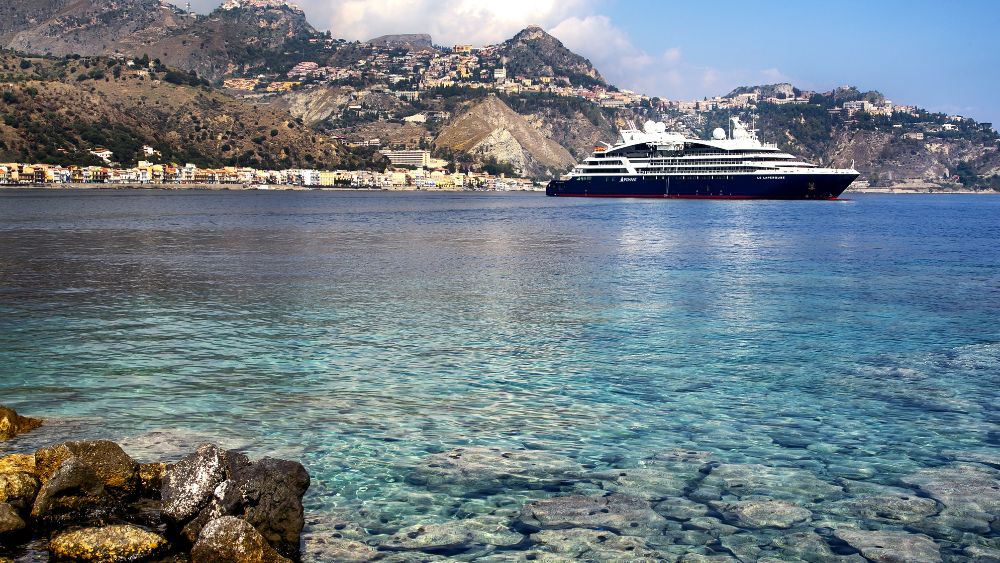 Sun, sea and a bit of history? A new sailing adventure around Sicily will let you immerse yourself in the island’s mysteriously enchanting scenery à la The White Lotus.

Southern Italy’s volcanic coastline and architectural treasures are setting the stage for a co-branded voyage that will coast across the Mediterranean next spring. Ponant and Smithsonian Journeys recently announced a nine-day expedition on Le Champlain that they’re calling a “Circumnavigation of Sicily.” The itinerary will include visits to Greek ruins, UNESCO World Heritage sites and also a tour of Taormina, the town where the HBO series’ second season was filmed.

The journey kicks off in Malta and guests will make their way to the Maltese island of Gozo. Here, there will be opportunities to explore the area’s red-sand beaches, the megalithic temples of Ġgantija and also an archaeological museum. The next stop is the seaside commune of Porto Empedocle and for fans of mythology, the UNESCO-recognized Temple Valley.

Before departing the southwest coast, the ship will arrive in Trapani so passengers can venture into the countryside, check out the ancient Doric temple of Segesta and the walk amongst the medieval hilltop commune of Erice. The trip continues to the capital city of Palermo, where tours of dazzling mosaics, Baroque architecture and famed Norman cathedrals are all on the table, and moves on to Lipari, the largest of the Aeolian islands known for its lava stone quarries, dramatic coastline and a castle within a fortified citadel.

From there, the trek heads north past Stromboli—home to one of Italy’s four active volcanoes—and crosses through the Strait of Messina before arriving in Taormina. Also known as the “St. Tropez of Sicily,” the highlight here is a visit to a winery on the slopes of Mount Etna. (Just keep an eye out for any unhinged socialites.) The trip concludes in Syracuse on the southeastern coast where guests will visit the Roman Amphitheater of Augustus and the 15,000-seat Greek theater.