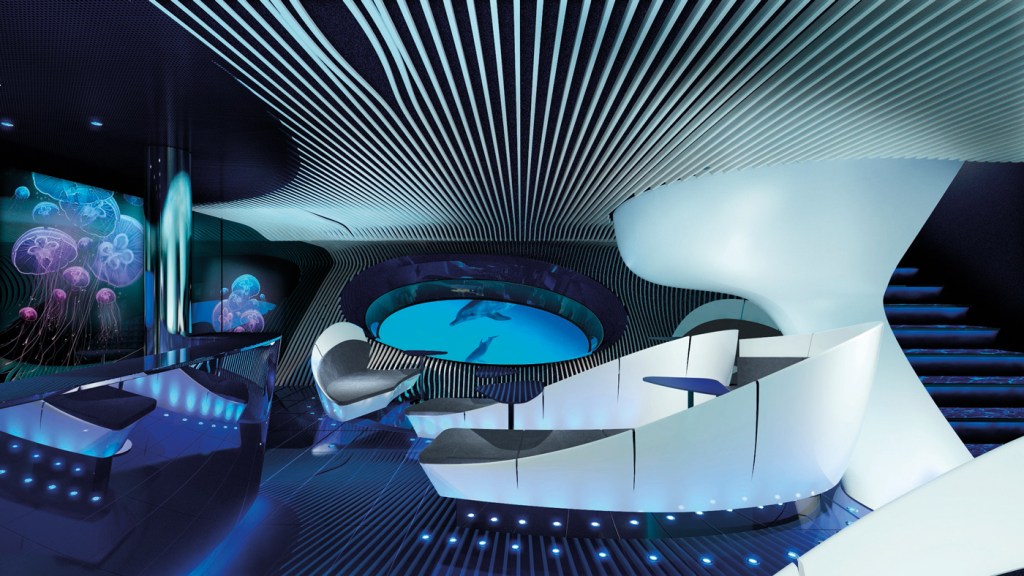 Starting next year, cruise ship passengers can experience the ocean in a whole new way. French cruise line Ponant is outfitting four luxurious new ships (the first of which will debut next year) with underwater lounges that will enable guests to see, hear, and feel the sights and sounds of the ocean. Architect and oceanographer Jacques Rougerie—who has envisioned underwater habitats and marine research centers around the globe—was commissioned to design the multisensory, state-of-the-art spaces.

Decorated in soothing shades of blue and white, the lavish lounges will be located within the hulls beneath the water lines. Enormous glass portholes, which are shaped like whale eyes, look out into the blue-green expanse teeming with colorful fish and sea creatures. Inside, curvaceous interiors and furnishings are inspired by cetaceans and jellyfish. Digital screens positioned throughout the lounges project live images filmed by underwater cameras.

A sound system installed by composer and sound designer Michel Redolfi will capture marine mammal sounds within a three-mile radius and transmit them into the lounge. The deep sounds can be felt by sitting in sofas that vibrate in unison with the noise, allowing guests to “be at the heart of an underwater world” according to Rougerie. Subaquatic concerts provide another way to experience the premier sound system.

Slated to debut next year, Le Lapérouse will be the world’s first cruise ship to feature a multisensory underwater space. Le Champlain, Le Bougainville and Le Dumont-d’Urville will follow suit, enabling guests to function as modern-day explorers by discovering a breathtaking world beneath the sea. Expeditions are priced from $6,390. 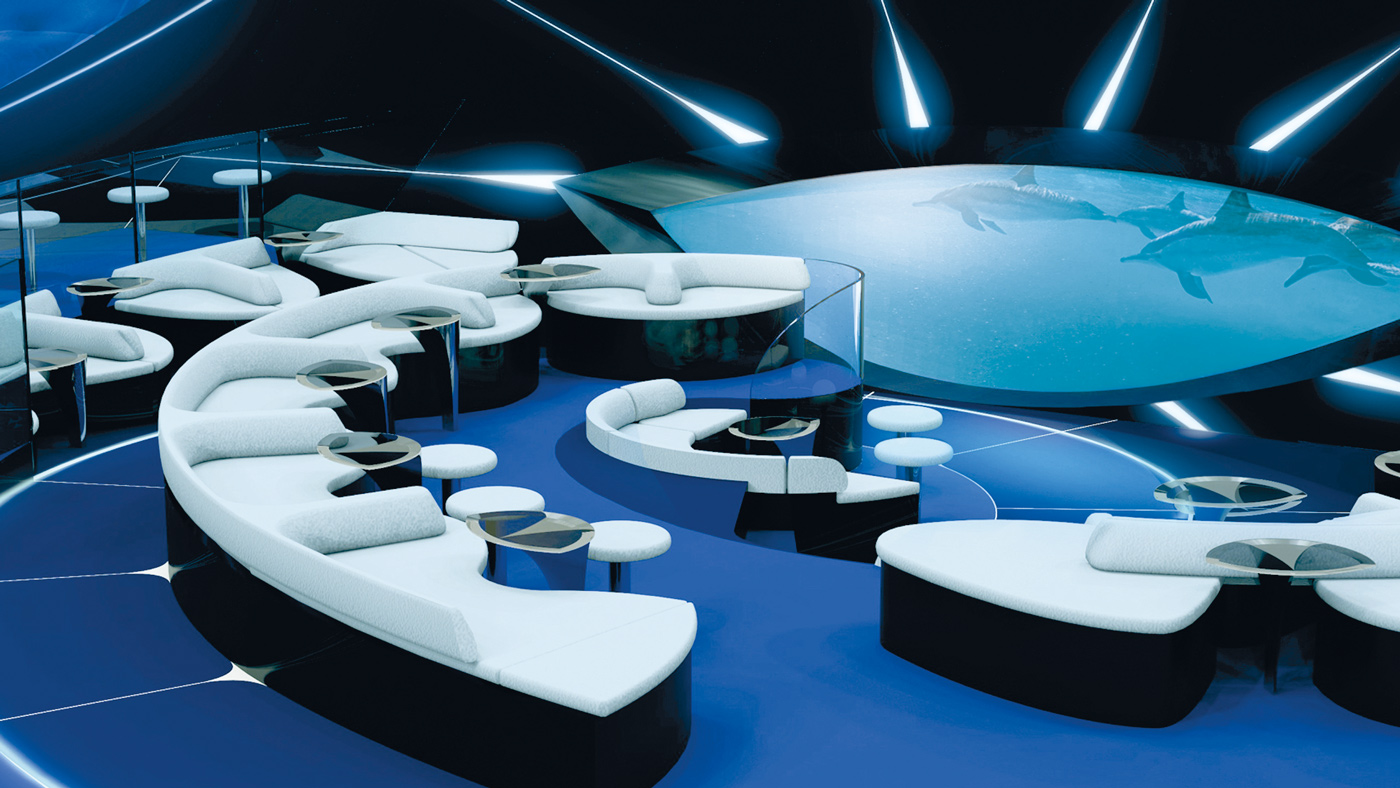