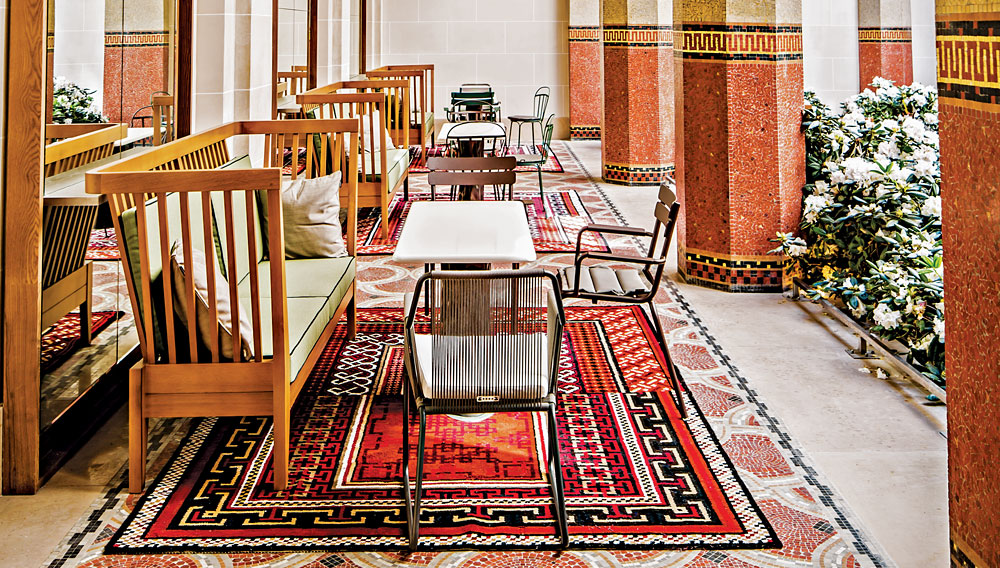 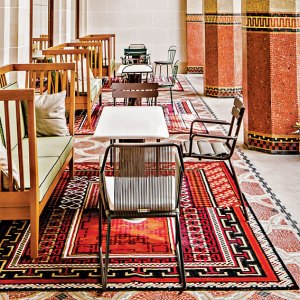 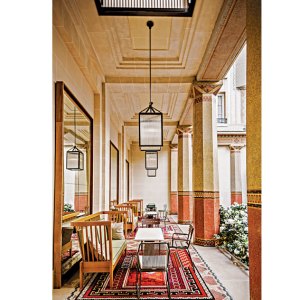 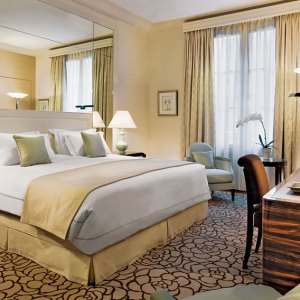 The art-deco movement was flourishing in Paris when the Prince de Galles first opened in 1928. Built for its most prominent guest—Edward VIII, Prince of Wales—the hotel on Avenue George V was a paean to moderne design. This June—after a two-year, $100 million renovation—the grande dame reemerged as a tribute to the art-deco age.

The famed French interior designer Pierre-Yves Rochon reinvigorated the Prince de Galles’s 115 rooms and 44 suites, where his contemporary interpretation of 1920s extravagance includes Macassar-ebony furnishings, black Saint Laurent marble, and geometric wallpaper. Bespoke touches are found throughout the property, from the lobby’s gilded chandelier, which was handcrafted by the Parisian lighting specialist Delisle, to the gold-leaf mural created by the local artist Manuela Paul Cavallier for the Suite d’Or.