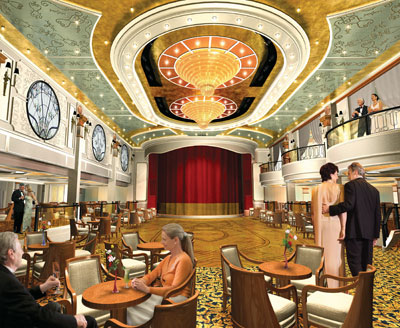 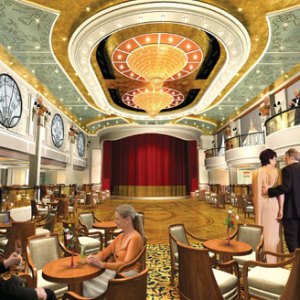 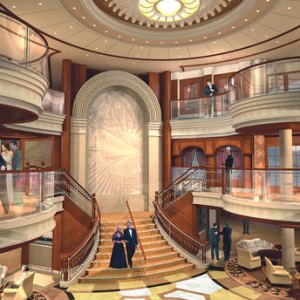 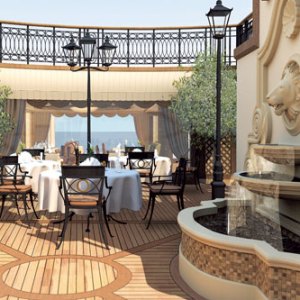 A third queen soon will reign over the seas. In December 2007, Cunard will send Queen Victoria on its maiden voyage, a 10-night journey from Southampton, England, to five western European ports. The ship’s debut will take place nearly four years after Cunard’s launching of Queen Mary 2 and four decades after its launching of Queen Elizabeth 2. The QV’s voyage, which is sold out, will inaugurate an era in which the British cruise line, for the first time in its 166-year existence, will operate simultaneously three ships named for British queens.

Although it is the second-largest Cunard ship ever, the QV, unlike the QM2, will be able to pass through the Panama Canal. (The QE2 can as well.) “While the Queen Victoria will do different itineraries, it will do more port-intensive itineraries,” says Cunard president and managing director Carol Marlow, adding that the QV will sail its maiden world cruise soon after its launch; the QV and the QE2 both will begin world cruises from New York on January 13, 2008. The QV’s Pathway to the Explorers trip will visit 36 cities in 23 countries over 105 days; early-booking fares cost about $19,000 per person. The QV’s itineraries for summer and fall 2008 have yet to be finalized.

The QV bears a closer resemblance to the QM2 than to a conventional cruise ship, but this was not originally the case. Cunard had begun building the QV before the January 2004 launch of the QM2, but after that ocean liner proved such a success, Carnival Corp., which owns Cunard, transferred the unfinished ship to another cruise line in its portfolio and began the QV anew. (The proto-QV is now the Arcadia, which belongs to the P&O Cruises fleet.) Like the QM2, the QV will have a majestic grand lobby, a Britannia restaurant, and a Todd English restaurant. The QV will be too small to accommodate a planetarium, a main QM2 attraction, and it will not have a Canyon Ranch spa, but, like its sibling, it will provide a large number of private balconies; 71 percent of the QV’s rooms will have them, and 86 percent will afford ocean views. Among the ship’s refinements will be a two-story library containing 6,000 books, and a museum of “Cunardia,” nautical memorabilia associated with the cruise line.

The advent of the QV does not imply that the QE2 is nearing the end of its Cunard career, says Marlow. “She will continue for as long as guests wish to travel on her, and as long as we can maintain her to the standards that we wish to uphold,” she says. In fact, Cunard will celebrate the 40th anniversary of the QE2’s launch with a September 2007 round-trip cruise from Southampton that stops in Liverpool, which hosted Cunard’s headquarters for almost 130 years, and at other English sites that hold historical relevance for the company and the ship. Like the QV’s maiden voyage, this nostalgic trip is sold out.