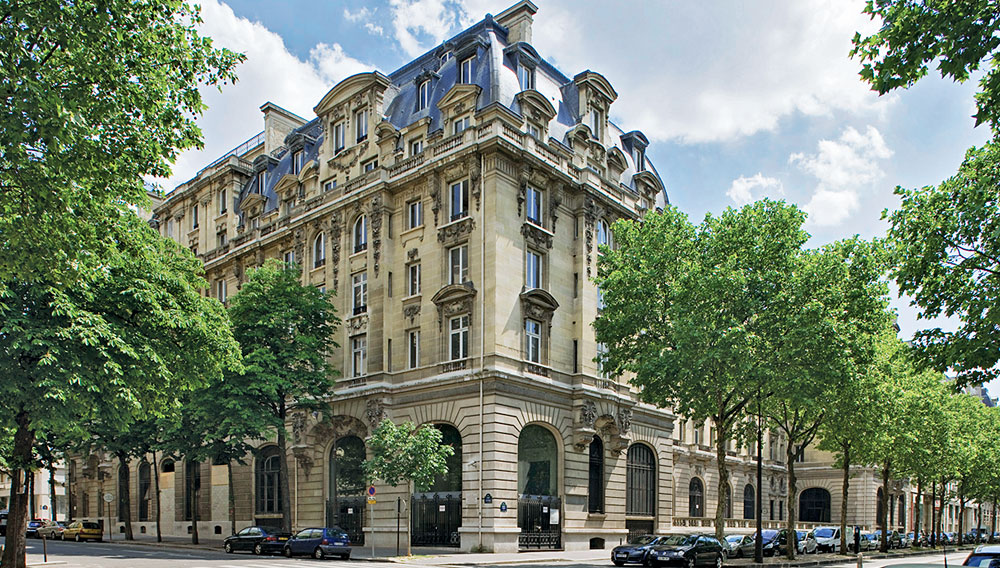 For its inaugural property in Europe, the Hong Kong–based Peninsula Hotels has taken on a century-old Beaux-Arts building located steps from the Champs-Élysées and the Arc de Triomphe in Paris. The 16th-arrondissement structure once housed the Hotel Majestic and, after 1946, the Preparatory Commission for UNESCO, which reallocated bedrooms as secretarial offices and bathrooms as areas for assistants (who reportedly used the bathtubs as filing cabinets). Scheduled to open late this year, the Peninsula Paris promises a more efficient—and refined—use of space. Though architects were forbidden to alter the heritage building’s exterior, they are reconfiguring and restoring the interior to create a contemporary hotel that will be powered by the same proprietary room technology found at Peninsula’s nine properties across Asia and the United States. Further specifics about the rooms—and restaurants, spa, and other amenities—will remain under wraps until closer to the hotel’s opening date. The Peninsula Paris,+852.2926.2888, www.peninsula.com