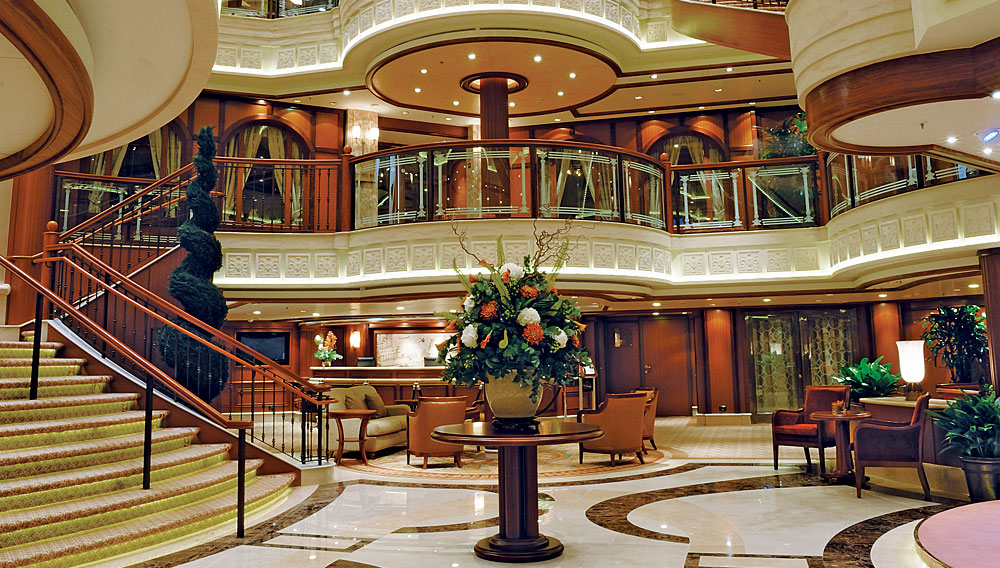 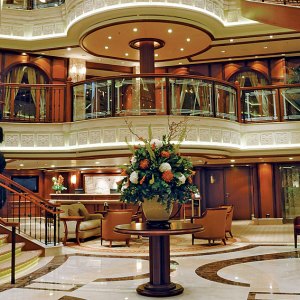 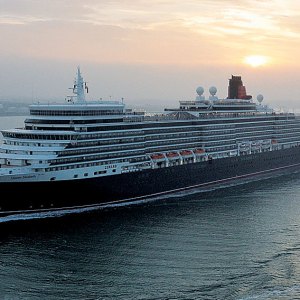 Queen Elizabeth ii was on hand to name, bless, and christen, with a bottle of Château Lafite Rothschild, the 90,600-ton Cunard ocean liner Queen Elizabeth when it debuted in Southampton, England, last October. The third Cunard ship to bear the Elizabeth name, the 2010 QE—named after the Virgin Queen—recalls the Art Deco styling of the 1938 original, which retired in 1968 (and sank in 1972). The new vessel’s period decor (Grand Lobby shown) aims to resuscitate the romance of transoceanic travel in its heyday.

No transoceanic liner would be complete without high-tea service, which on QE transpires in the Queens Room, where white-gloved waiters deliver fresh scones with clotted cream. When evening arrives, passengers reemerge from their staterooms in formal attire for drinks at the Midships Bar, followed by dinner in one of four grand dining venues.

Passengers staying in QE’s suites have exclusive access to certain dining rooms and, in some cases, can have meals served in their rooms. The ship offers a total of 1,034 staterooms in nine configurations, plus a plethora of modern amenities, including the 13,000-square-foot Royal Spa. Queen Elizabeth, 800.728.6273, www.cunard.com