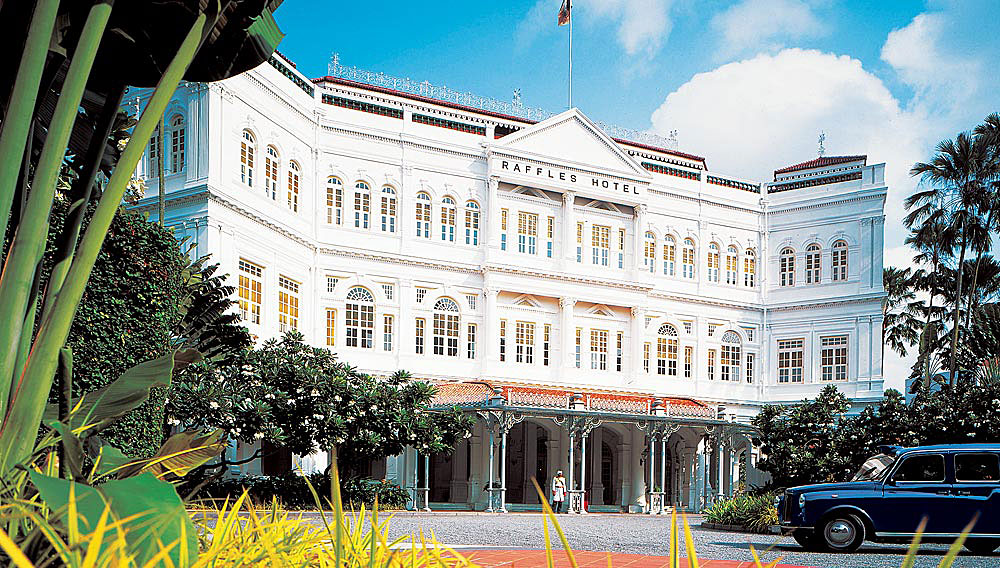 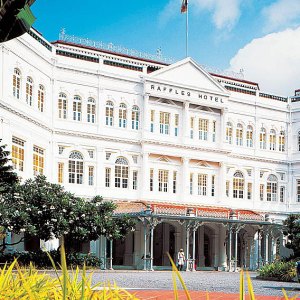 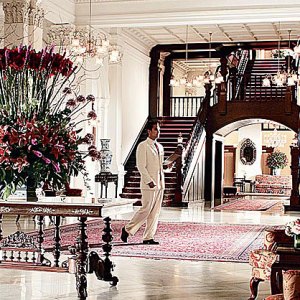 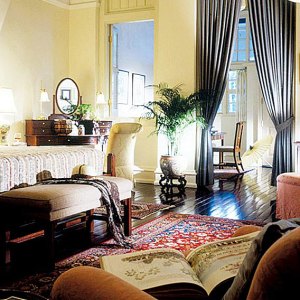 In 1887, four Armenian brothers, the Sarkies, opened a then-10-room property on Beach Road, naming it after Singapore’s founding father, Sir Thomas Stamford Raffles. Thus began a narrative that since has included a literary tradition—Joseph Conrad, Rudyard Kipling, and James Michener are among the authors who have resided and penned at the hotel—and a social scene populated with royals and other notables from every walk of life. Today the Raffles, a national monument that became the foundation for the Raffles Hotels & Resorts chain, encompasses 103 spacious suites, all of which benefited from the hotel’s two-and-a-half-year, $100-million restoration completed in 1991. Antique furnishings and Oriental rugs are plentiful in the rooms, and original etchings and other artworks hang on walls beneath 14-foot-high ceilings. The suites’ airy ambiance mimics the feel of the property’s many courtyards, where birds alight on patio tables before returning to their perches among the more than 50,000 trees and flowering plants on the grounds. Accommodations Each of the Raffles and Sarkies suites has two bedrooms, a parlor, a dining room, and a balcony. Personal valets assist guests around the clock. Facilities The Raffles Amrita Spa, a gym, an outdoor swimming pool, a culinary school, a hotel museum, a Victorian-style theater, eight indoor and alfresco event spaces, and more than 40 shops. Dining The 18 restaurants and bars include the peanut-shell-strewn Long Bar, where about a century ago bartender Ngiam Tong Boon invented the Singapore Sling cocktail. Concierge Recommends Visit the 50-acre Jurong Bird Park, which, as the world’s largest aviary, is home to more than 600 species and 9,000 birds. Rates From approximately $660 to $4,925, excluding the Sarkies and Raffles suites, prices for which are available upon request.