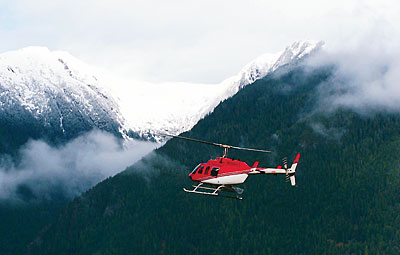 The first-draft itinerary for TCS Expe­ditions’ Great Faiths 2007 trip, which explores some of the world’s most sacred sites, spanned 40 days. While that duration was appealing because of its biblical implications, the Seattle tour company knew that it was untenable, and so it whittled down the journey. The inaugural trip, which will leave Rome on March 18, 2007, and conclude there on April 9, 2007, spans 24 days and covers the five most widely followed faiths—Buddhism, Hinduism, Judaism, Christianity, and Islam—as well as Shinto and Sikhism.

Highlights of the Great Faiths 2007 itinerary include a visit to the Vatican, where TCS hopes to arrange a private tour of the Sistine Chapel and the Vatican Museums before you board a chartered Boeing 757 configured for 88 passengers and proceed to Israel, where you will visit the Wailing Wall, the Church of the Nativity, and the Dome of the Rock. In Varanasi, India, you will attend a sunrise Hindu prayer ceremony on the banks of the Ganges. Later that day, you will go to Sarnath, where Buddha reputedly gave his first sermon.

Visits to Shinto shrines in the Japanese cities of Kyoto and Nara will be followed by a stop in Lhasa, Tibet, to view the palace of the exiled Dalai Lama. Mecca is closed to those who do not practice Islam, but you will have opportunities to visit mosques in Cairo.

“We don’t promise to provide the answers,” says TCS president Mark Campbell, “but we do give an opportunity to visit the most important religious places on earth.”

During its six-day Heli-Explorations in the Canadian Rockies trip, Abercrombie & Kent ameliorates two of alpine hiking’s greatest impediments: distance and altitude. Each day, you board a helicopter on the grounds of Valemount Lodge, which sits in a British Columbian valley of the same name 320 miles northwest of Banff. In minutes—instead of the days it would take to reach the same destination by foot—you exit deep in the heart of the Canadian Rockies’ Cariboo mountain range, a true wilderness of serrated peaks, glaciers, and flower-filled fields patrolled, at times, by grizzly bears. Oxygen depletion is rare, as most hikes follow routes that are no higher than 9,000 feet. Mountain guides, all with years or even decades of experience, lead you on journeys ranging from vigorous ascents of peaks to traverses of glaciers to ambles through meadows covered with wildflowers and framed by steep cliffs. Catered lunches might be consumed on the shores of a cobalt blue glacial lake, with the distant roar of meltwater pouring off the ice sheet as background music. Available side trips include white-water rafting, guided fly-fishing, and horseback riding.

With a maximum of 20 guests in the lodge at any one time, evenings in the lounge present a comfortable forum for discussing the day’s exploits. At the end of the six-day exploration, a chartered plane takes you directly to Calgary’s airport, where you can stay overnight or board a flight home. This is a convenience that any weary mountaineer will appreciate.

Clipper Cruise Line’s first World War II–themed trip commemorated the 60th anniversary of D-day with a cruise along the Normandy coast in 2004, and the trip’s popularity convinced the St. Louis company to offer more voyages that explore venues of World War II. Its second cruise took place in 2005 in the South Pacific, where the Clipper Odyssey, its 128-passenger flagship, brought guests to many of the islands that figured in the Pacific theater. The ship’s fleet of Zodiacs, motorized rigid inflatable boats that can land on beaches, arrived at spots where U.S. troops had fought the Japanese occupiers of Guadalcanal Island in 1942. This past May, Clipper Adventurer, the 122-passenger expedition vessel that sailed the D-day cruise, embarked on a Word War II–themed voyage in the Mediterranean to visit Messina, Sicily, site of Operation HUSKY, the war’s largest amphibious assault, when Gen. George Patton’s troops tried to stop German forces from fleeing to the Italian mainland. The cruise also included a stop at Monte Cassino, a 14th-century abbey in central Italy where four grueling battles staged over five months left 350,000 dead or wounded. (The monastery was restored and reconsecrated in 1964; Allied bombs had destroyed the structure and its art treasures.) In 2007, Clipper Cruise Line will expand its World War II–themed trips to five by adding cruises to North Africa, Japan, and the Philippines.

In 1989, when he was working as a bicycle mechanic in France for Butterfield & Robinson, Chris Mark and four colleagues rode their bikes from Paris to London, traveling the 200-odd miles (save the ferry crossing of the English Channel) in a day. “It was really just self-punishment,” says Mark, who is now a senior trip planner for Europe for the Toronto tour company. The Paris-to-London itinerary he proposed for this September to mark But­terfield & Robinson’s 40th anniversary is decidedly less demanding: It spans eight days, though the 16 riders who join Mark will pedal from 47 to 62 miles on seven of them. After you finish the French leg of the journey, a private plane will fly your group over the Channel, and when you disembark in England, your bicycles will be waiting for you near the tarmac, allowing you to resume riding immediately. Mark expects that as you complete the trip you will experience a sensation similar to the one he felt when he arrived in London years ago: “The sense of ac­com­plishment you get from riding over the Westminster Bridge is thrilling.”