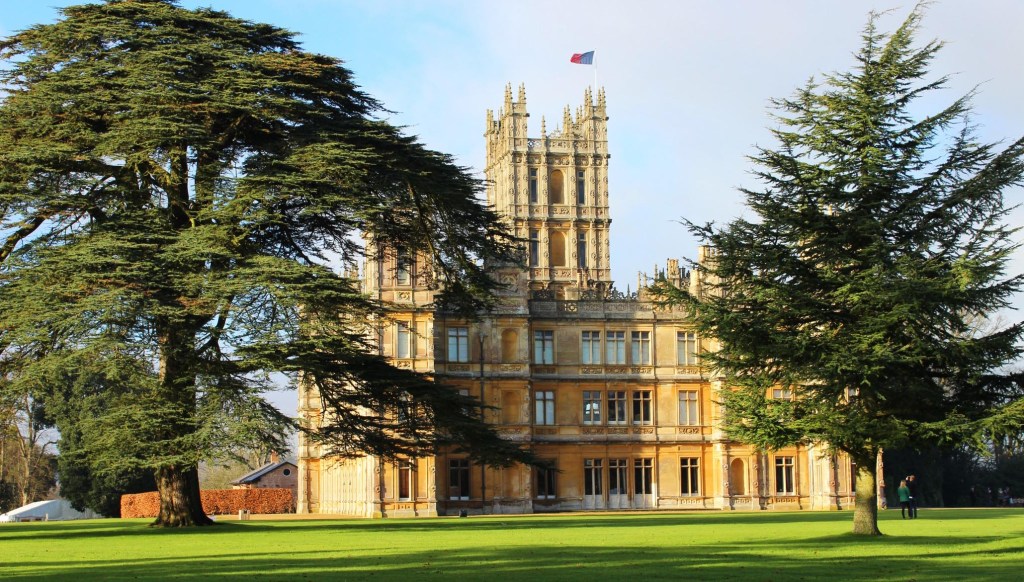 As the enthralling saga of the Crawley family winds to a close in its sixth and final season, luxury travel service (and dedicated fans!) Zicasso is proud to release their Tribute to Downton Abbey Tour, a 9-day private tour through England and Scotland, showcasing some of the most recognizable filming locations of the series, including an exclusive guided tour of the iconic Highclere Castle!

Pricing begins at $4,499 per person, double, depending on final hotel choices and seasonality. This customizable package includes 8-night accommodation, daily breakfast, all private transfers, private driver guide, lunch at the world-famous Criterion Restaurant and afternoon tea at The Ritz London. International airfare is not included.

The journey begins in central London, where guests will spend three nights lodged at the elegant St. Ermin’s Hotel, a Victorian-era hotel. The accommodation embodies the grandeur of London familiar to the characters of Downton Abbey while also boasting a location that’s within walking distance to the city’s captivating landmarks such as Buckingham Palace, Saint James’ Park, Westminster Abbey and the Houses of Parliament.

Guests will spend the first three days exploring the delights that London has to offer, from afternoon tea at The Ritz London (where Lady Edith and Aunt Rosamund dine during Season 6) to lunch at the Criterion (a Neo-Byzantine-styled restaurant with gilded embellishments, where Lady Edith and Michael Gregson shared their first kiss). Exploring the famed sites of London offers a constant immersion into the world of Downton, as filming locations from the series are scattered all across the city – from St. Pancras Station to Belgrave Square (home to the Turkish Embassy and Lady Rosamund’s London residence) as well as Lincoln Inn Fields (where the Crawley women often enjoyed their leisurely strolls in London) to Lancaster House (which was used as an interior stand-in for Buckingham Palace during Season 4’s Christmas special, where Lady Cora presents Cousin Rose to the King and Queen).

On the fourth day, travelers will head to Horsted Keynes Station (where Lady Mary saw Matthew off to war), before continuing to the Goodwood Racing Circuit. The racetrack – known as Brooklands Race Track – was featured in Season 6 as the location where Henry Talbot and Charles Rogers face off. Adventurous travelers will relish the opportunity to try their own hand at circling the track in a classic 20th century car!

The fifth day brings travelers to Oxfordshire to visit the star attraction of both the series and the tour – the breathtaking Jacobean-styled estate Highclere Castle, which is known to millions of viewers as “Downton Abbey.” The fully-staffed country seat of the real-life Earl of Carnarvon, Highclere Castle is the ideal location to represent the lifestyle of the British nobility, as guests will discover as they explore the castle’s public rooms, led by a private guide well versed in the history of the British aristocracy. Following the exploration of Highclere, visitors will be taken to the nearby village of Bampton, which doubles as Downton Village, and is the site of St. Mary’s Church (where Lady Mary and Matthew were wed in Season 3).

After a brief visit to Basildon Park in Berkshire, (which served as the interior for Lord Grantham’s London Residence), and Greys Court in Henley-on-Thames, (a marvelous country manor recognizable as Downton Place), travelers will return to London. The following day, they will set out on a train ride north to Newcastle, bound for Alnwick Castle (depicted as Brancaster Castle, home of Bertie Pelham, Marquis of Hexham). Alnwick also houses a marvelous collection of costumes and props from the Downton Abbey Christmas Specials, presenting a spectrum of 1920s fashion.

The final day of the tour will be spent in Scotland, as travelers make their way to Inveraray Castle, located on the banks of Loch Fyne. Inveraray served as the fictional location of Duneagle Castle (home of the MacClare family and Lady Rose) and is the present home of the Duke of Argyll, encompassing 50,000 acres and an impressive collection of historical weaponry and armor.

“To capture the true essence of Downton Abbey, fans can traverse the historic neighborhoods of London and the filming locations of the series with their very own private driver-guide, who is an expert historian in World War I, the British Monarchy, and noble society, providing in-depth knowledge of the Downton Abbey period,” said Steve Yu, Director of Marketing at Zicasso.

For more information on other luxury European tours and vacations: http://www.zicasso.com/luxury-tours/european-vacations