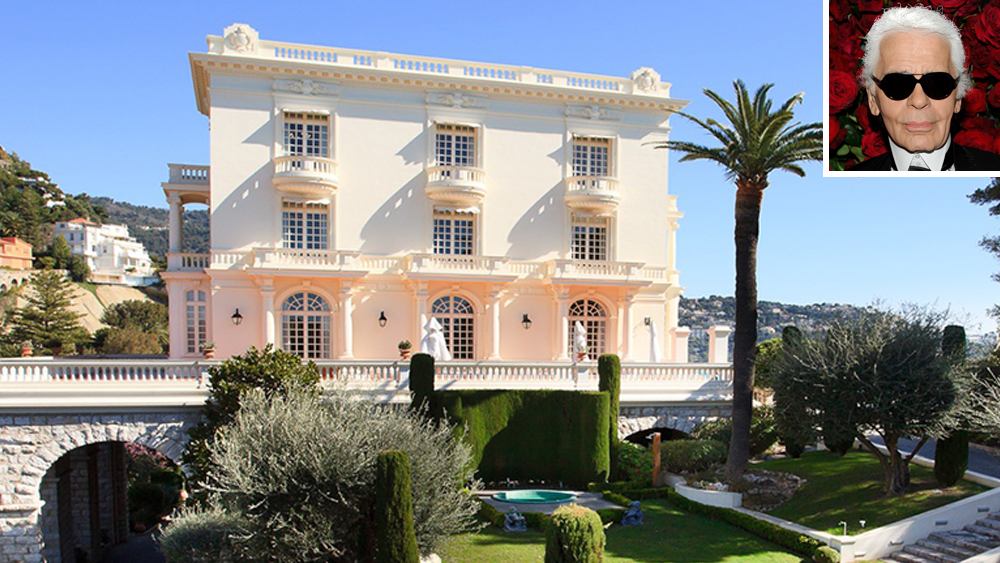 Few will ever live a life of luxury like the late, great Karl Lagerfeld. You can at least vacation like him, though.

Villa La Vigie, the fashion icon’s former holiday house in Cote d’Azur, France, is now available to rent through Edge Retreats. And, naturally, the opulent property is big enough that you can bring along your entire style-savvy clique.

Because Lagerfeld was once the creative director of Chanel, Fendi and his own eponymous fashion label, it’s hard to think of the driven multi-hyphenate doing anything other than working prior to his death in 2019. Whether or not that was the case, it didn’t stop him from owning one of the most prestigious villas in the entire French Riviera for more than a decade.

Set in Roquebrune-Cap-Martin, on a hilltop overlooking the Mediterranean, the 6,400-square-foot abode was built in 1902 and purchased by Lagerfeld in 1988. Renovated by the acclaimed designer himself, the three-level main house boasts six spacious double bedrooms and four bathrooms, which provides more than enough space for 12 guests. The ground floor features a gourmet kitchen equipped with the latest appliances, a cozy library and a billiard room. There’s also a dedicated office if you, like Lagerfeld, need to carry out important business from time to time.

The villa itself is surrounded by a 2,551-square-foot terrace that faces a gorgeous wooded park. Elsewhere outdoors, there’s an inviting Jacuzzi from which you score a prime view of the stars. You’re guaranteed plenty of peace and quiet, too, as the property is only accessible via a private drive.

Lagerfeld’s idyllic hideaway is available to rent until December 22, 2022, so there’s an opportunity to enjoy all four seasons in the South of France. Depending on the week, it will set you back from $17,332 to $52,000 per night. There are, of course, some luxurious services included, like daily breakfast cooked by a private chef, housekeeping and a 24-hour security guard. You will also receive complimentary access to the exclusive Monte-Carlo Beach Club, which is located a few steps away and features its own private beach and Olympic-size swimming pool.

Check out more photos of Villa La Vigie below: