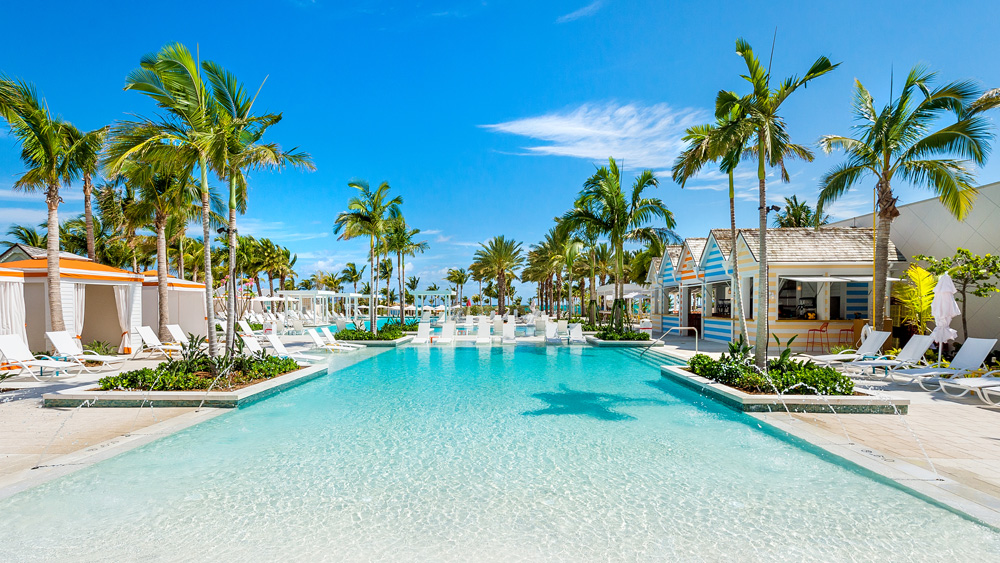 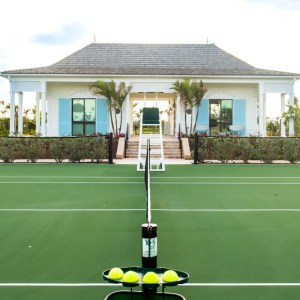 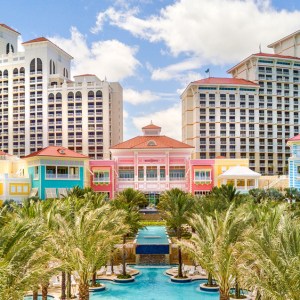 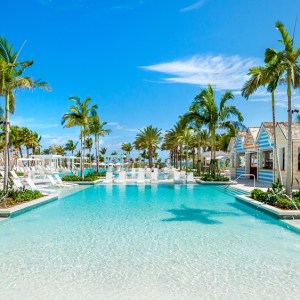 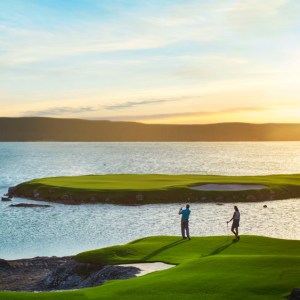 It comes as no surprise that Sir Richard Branson—British tycoon behind the Virgin empire and luxe hideaways around the globe like Kasbah Tamadot and Son Bunyola—doesn’t give up easily. Though Hurricane Irma raged through the Caribbean earlier this year, cutting a path of destruction through the British Virgin Islands and flattening Branson’s beloved private-island enclave Necker Island (while he and the staff hunkered down in the property’s underground wine cellar), the property’s premier annual event—Necker Cup—is back and bigger than ever.

Founded in 2012, Necker Island’s Pro-Am tennis tournament has long attracted a star-studded roster of attendees and featured an itinerary brimming with exclusive experiences, from the chance to challenge Branson himself to a tennis match to rubbing elbows with Rafael Nadal. This year’s 2017 Manuka Doctor Necker Cup presented by Metal—taking place from November 27 through December 2—has dialed up the luxury level thanks in part to its temporary home at Nassau’s brand-new Baha Mar resort complex. The other factor adding an extra dose of exclusivity is Necker Cup’s newly minted partnership with Quintessentially, a private members’ club and award-winning lifestyle-management firm.

In addition to arranging to have brands like Hennessy offer over-the-top packages for the cup’s charity auction—proceeds from which will be donated to foundations working to provide hurricane relief and supporting rebuilding efforts across the British Virgin Islands—Quintessentially has put together a series of ultra-exclusive packages for those looking to attend the event. If you weren’t lucky enough to snag Quintessentially’s sold-out ultimate Necker Cup Experience ($95,000 per couple for five nights)—giving guests a plush room at either the vibrant SLS Baha Mar or the ultra-exclusive, invite-only Reserve by Baha Mar; a coveted playing spot in the Pro-Am; and access to all of the week’s glitzy parties—you can still book the Party Package. Though you won’t actually be able to participate in the tournament, the package ($6,500 per couple for one night at the Grand Hyatt, Baha Mar) gives you prime seats to the Necker Cup finals and Charity Exhibition match, access to the tournament’s send-off party, and a chance to bid on a trip to Maison Hennessy in Cognac.

Quintessentially will also be coordinating on- and off-site concierge services for guests of both Necker Cup and Necker Open—a sister Pro-Am golf tournament featuring the likes of Greg Norman that runs concurrently with the Cup. Those interested in making last-minute plans to attend the week’s events can contact Victoria Svyazeva (victoria.s@quintessentially.com).