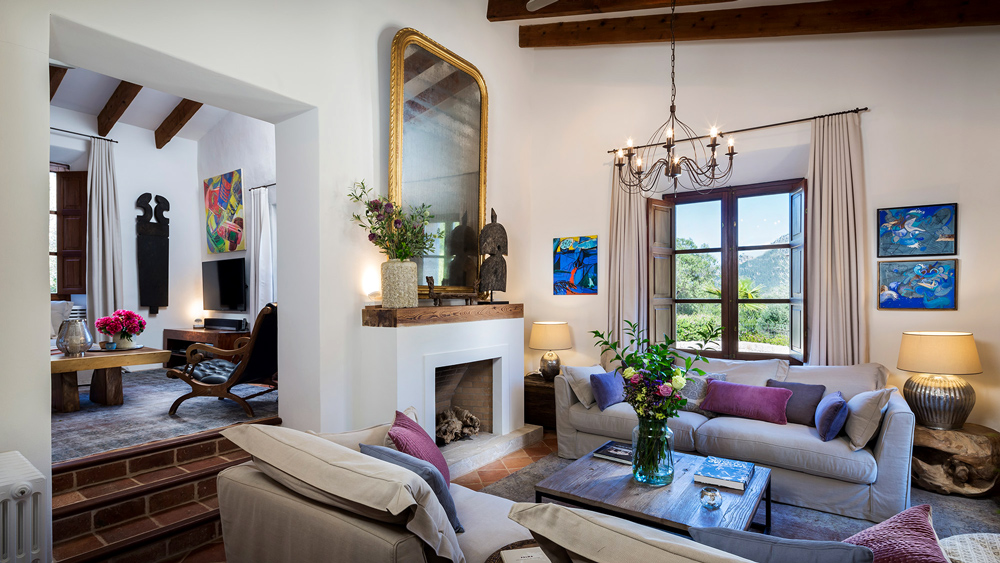 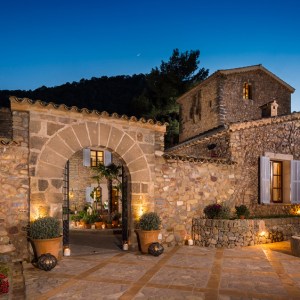 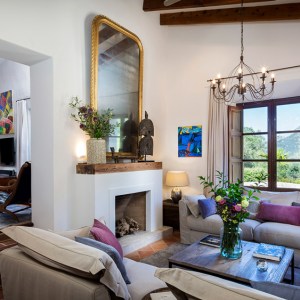 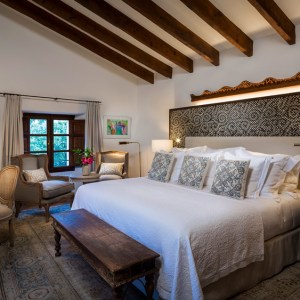 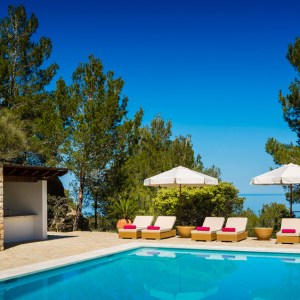 The three-level Son Balagueret is built around a 13th-century turret that most likely would have served as a lookout point during the conquest of the island by Spain’s kingdom of Aragon. Today, the turret is home to the most private of the villa’s three luxuriously outfitted bedrooms, complete with its own lower-level sitting room separated from the sleeping area by a dramatic curved staircase. The other two spacious bedrooms boast equally stunning views of the estate and feature airy décor reminiscent of the island’s Moorish history.

As with Son Bunyola’s two other villas, Son Balagueret was designed with communal experiences and socializing in mind. The central courtyard is perfect for enjoying a morning cappuccino, indulging in three-course meals prepared by dedicated private chefs in spacious outdoor dining areas, and relaxing in the villa’s private heated pool boasting some of the best views on the property. If guests would like to venture outside of the confines of their own villa, they can also enjoy full access to the estate’s tennis courts and miles of hiking and mountain-biking trails. Tee times at Mallorca’s 20-plus golf courses and tours of nearby villages Banyalbufar and Esporles can also be arranged by the estate’s concierges.

Seven-night, all-inclusive stays at Son Balagueret start from $15,600 and can be booked until the end of October, when the estate will close for the low season.