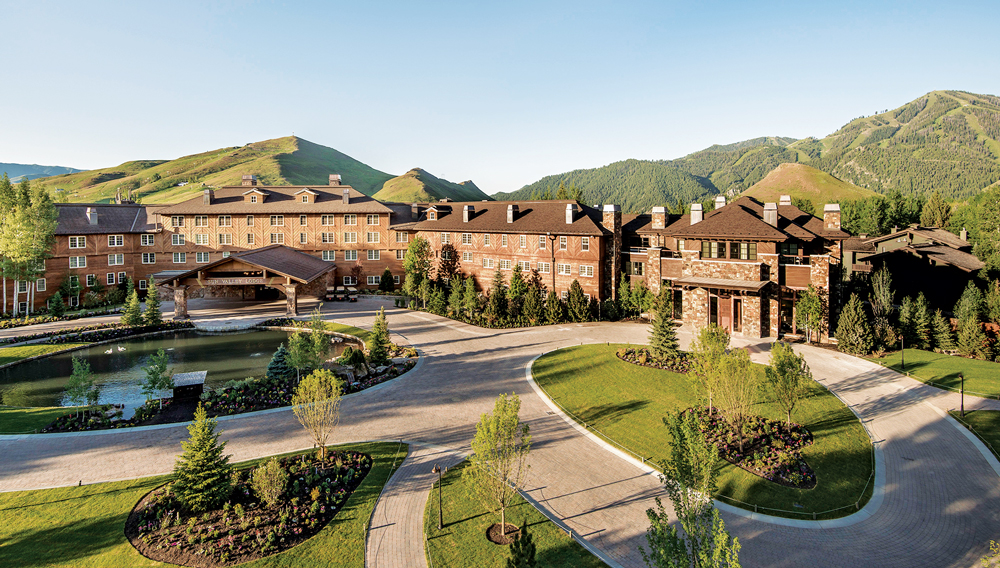 On an evening in mid-August, the Sun Valley Summer Symphony was warming up for Anton Bruckner’s Symphony No. 7 against a dramatic backdrop of lush green mountains and quaking aspen trees. Each of the Sun Valley Pavilion’s 1,550 seats was filled, and thousands more visitors gathered just outside the venue on a sprawling lawn. For an Idaho town of roughly 1,400 residents, it seemed an implausibly packed house.

“If it’s worth doing, it’s worth overdoing,” said Jack Sibbach, the spokesperson for Sun Valley Resort, as he guided me toward my seat in the pavilion. Sibbach’s citation has been a motto of sorts for Sun Valley since 1977, when the oil magnate Robert Earl Holding first purchased the resort. A longtime winter hideaway for celebrities and the social elite, Sun Valley had begun to lose money by the 1970s, and Holding—a businessman, but not much of a skier—saw an opportunity to save the resort and make a tidy profit in the process.

Though he initially met resistance from locals (bumper stickers saying “Earl is a four-letter word” were a common sight), the billionaire’s maxim of overdoing things eventually won over the town. His upgrades to the resort included the addition of a high-speed gondola on Bald Mountain and the renovation—though not expansion, as many residents had feared—of the famed Sun Valley Lodge. By the time Holding passed away in 2013, Sun Valley had become a year-round destination and its benefactor a town hero.

Holding’s legacy received another lift in June, when the Sun Valley Lodge emerged from its most significant overhaul ever. Undertaken by Holding’s wife and three children, the nine-month renovation added a 30,000-square-foot wing yet reduced the total number of guest rooms from 148 to 108. Larger accommodations—including five new suites named for such past guests as Ernest Hemingway and Marilyn Monroe—now feature marble bathrooms with deep soaking tubs and spacious dressing rooms. The renovation also saw the rebuilding of the property’s bowling alley and the addition of a 20,000-square-foot spa with 15 treatment rooms, a yoga studio, and a salon.

The Sun Valley Lodge’s reinvention is a sign of the times in the town. Last year, Auberge Resorts announced plans for a 62-room property overlooking Bald and Dollar Mountains, set to open in early 2018. And in winter 2016–2017, the Colorado-based hospitality brand SkiCo—the group behind the Little Nell in Aspen—will open a 119-room hotel near the River Run base of Bald Mountain.

The spate of development in Sun Valley is not a case, as the town motto may imply, of overdoing it. Based on the turnout for the Sun Valley Summer Symphony, a burgeoning year-round audience exists for the town, which promises to be a crowd pleaser for years to come.