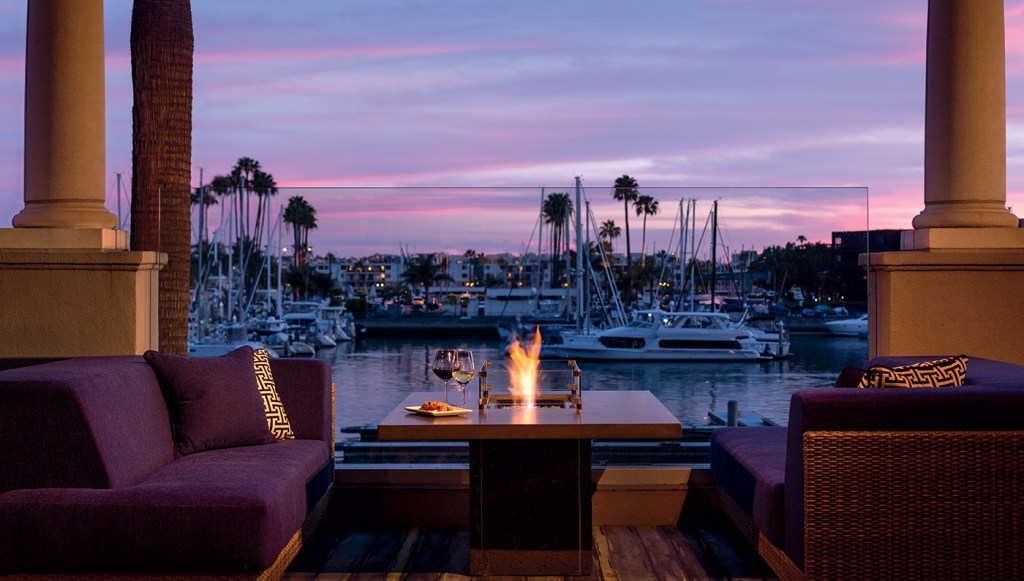 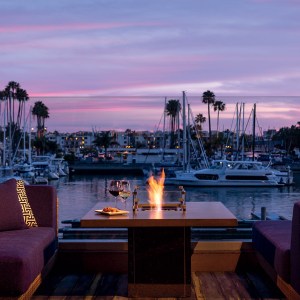 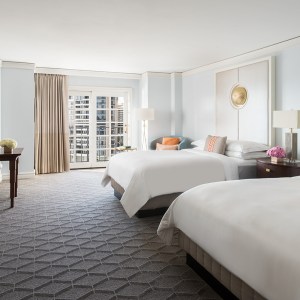 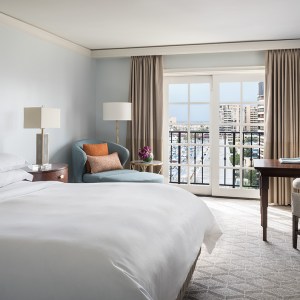 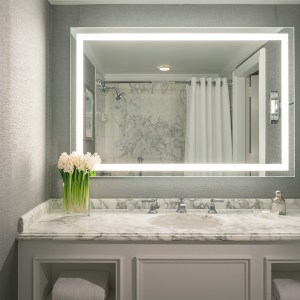 Keeping up with the relative boom of the Silicon Beach area of Los Angeles—encompassing various neighborhoods between LAX and Venice Beach, where a number of tech firms (Google, Facebook, Yahoo, and others) have opened offices in the last several years—the Ritz-Carlton, Marina del Rey, now 26 years old, recently completed a renovation of its accommodations and Club Lounge. The 12-floor hotel features 304 rooms and suites, which Massachusetts-based Parker-Torres Design refreshed with new coastal-themed materials, furniture, and artwork. Many of the rooms offer vistas of scenic Marina del Rey, which has one of the largest small-craft harbors in North America, with over 5,000 boat slips. (The harbor is also home to many larger vessels, including the 216-foot superyacht Invictus.) In addition to the design touch-up, the hotel upgraded its rooms with 49-inch TVs equipped with Netflix and Hulu.

While the recent upgrades are largely cosmetic, they further the hotel’s position as a standout in bourgeoning Silicon Beach, where an increasing number of tech-industry executives are visiting. Beyond its new rooms, the Ritz-Carlton offers more sophisticated amenities than many hotels in the immediate area: one of the few waterfront pools in Los Angeles, one of the better spas west of downtown, and a restaurant that has become a place to be seen in Silicon Beach. The restaurant Cast & Plow opened in 2014 after an extensive renovation of the hotel’s dining space. It features an intimate private dining room, marina-side patio seating, and a bar with a robust cocktail menu. (Ask Fran to make one of her special martinis.)

Nightly room rates run from about $330 up to $5,000 for the 12th-floor, 1,300-square-foot Ritz-Carlton Suite, whose three balconies offer some of the best views in Silicon Beach. (ritzcarlton.com)