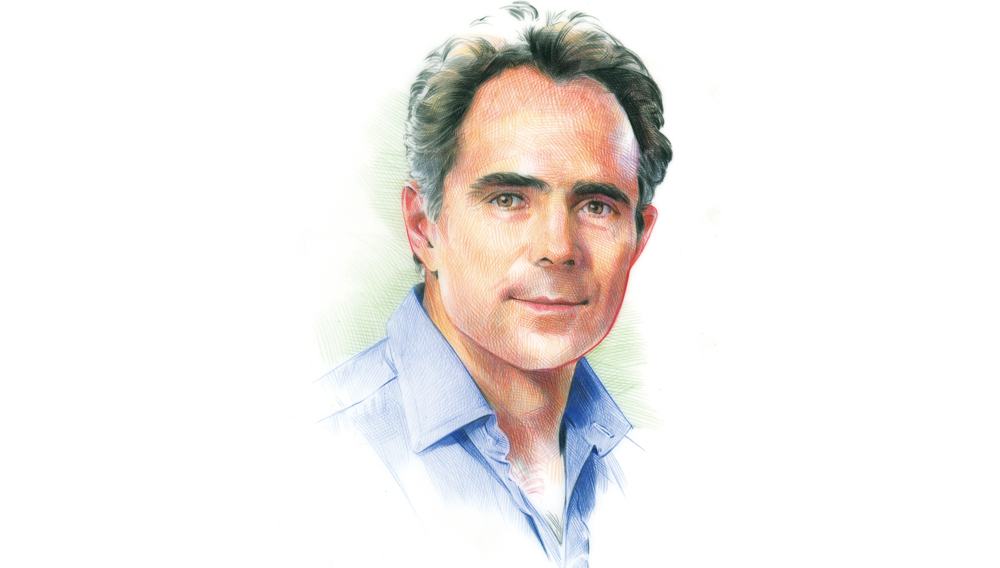 A conversation with the world explorer and conservationist.

Born into a legendary safari family in Kenya, Joss Kent knows well the world of adventure. After rising through the ranks of his father Geoffrey’s tour company, Abercrombie & Kent, he left the family business in 2012 to become the CEO of andBeyond, an experiential travel company devoted to the conservation and preservation of Africa’s wildlife and land. Last year, along with Dereck and Beverly Joubert of Great Plains Conservation, Kent launched Rhinos Without Borders (see “Above andBeyond”), an ambitious initiative that aims to relocate 100 critically endangered rhinoceroses from high-poaching areas in South Africa to safer havens in Botswana. Robb Report recently caught up with the world traveler to talk rhinos, conservation, safaris, and his next big adventure.

Tell us about your childhood growing up in Nairobi.

I was born in Kenya, and we learned Swahili along with English. From a young boy’s perspective, it was a lovely way to grow up. In some ways, it was a more innocent time. We had complete freedom. From the age of 10, my friends and I would get on our motorbikes and be gone all day exploring the Ngong Hills. We were expected to be home in time for dinner.

What is your most memorable childhood adventure?

There were a lot, obviously, given that my father founded Abercrombie & Kent. What sticks in my memory is when I was slightly older and my father was looking for places for A&K lodges. I was in school in England and got a note from the headmaster that I was going to Botswana, to the Okavango Delta. We went through the delta in boats, and I learned to shoot bows and arrows with the Bushmen. Another adventure that remains with me is a horseback-riding safari. In the delta in Botswana, I remember riding with a giraffe herd loping along beside me. Or maybe they were loping and I was riding along beside them.

And your most memorable adventure as an adult?

In 1997, after getting my MBA at Harvard and before I went back to A&K, I bought a Land Rover and decided to drive from London to Kenya. We traveled for three months. The journey we took went through Germany, Czechoslovakia, Austria, Italy, Greece, and then from Turkey into Syria. Then we went down through Jordan to Yemen’s Hadramawt Valley, which is where Osama bin Laden was born. Part of our journey was on a cattle-smuggling boat. There was some danger, but I remember thinking at the time that we need to do this now, because we will not be able to see this for a long, long time.

What trips are you looking forward to?

I’d like to visit Colombia. Cartagena is a hot tourist destination, but much of Colombia is still very much untouched. I want to go to Cuba to see what’s new. The last time I visited, more than 15 years ago, the only way in was by converted Russian military aircraft with Russian pilots and basic military seats. I want to explore the far reaches of Japan. I’m fascinated by the extremes of nature and wildlife. I’d like to take my three children to the American West—starting in Montana and working our way down to New Mexico.

Tell us about Rhinos Without Borders.

Every seven hours a rhino is killed. They are poached for their horns, which on the black market are worth more than gold. In a last, desperate attempt to create a breeding herd, we have entered into a joint partnership with Great Plains [Conservation]—under normal circumstances, they are our competition—to create Rhinos Without Borders. Together, we are moving rhinos from South Africa, where poaching is increasing at an alarming rate, to neighboring Botswana, which is known for its antipoaching initiatives. The rhinos are put into crates and airlifted by the Botswana Defense Force into the Okavango Delta. It costs about $50,000 to airlift a single animal. We’ve moved one group so far. It is a project of hope.