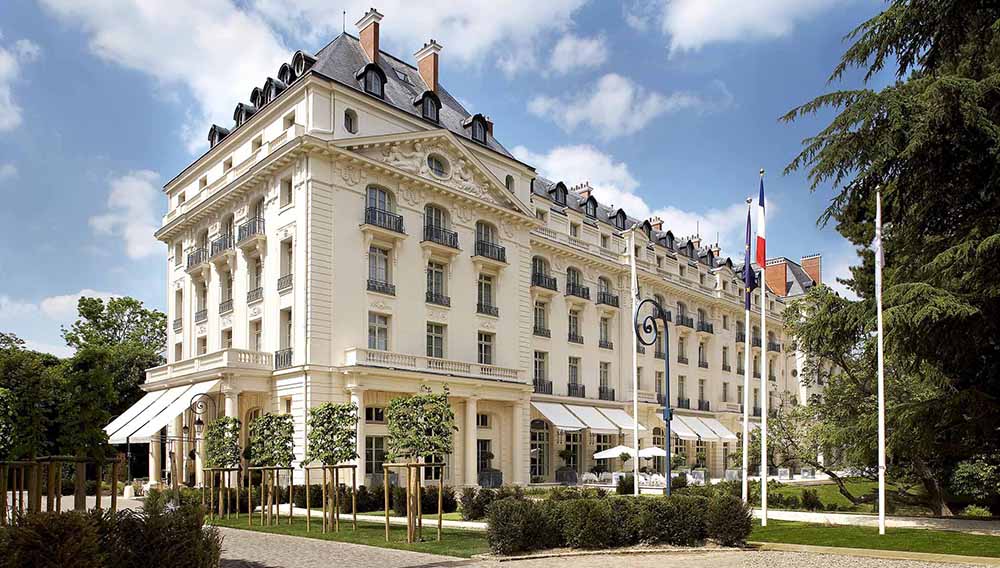 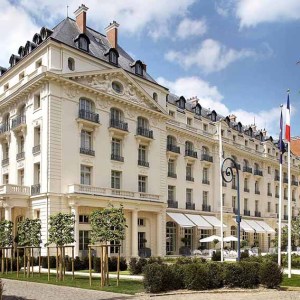 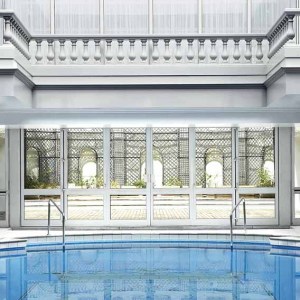 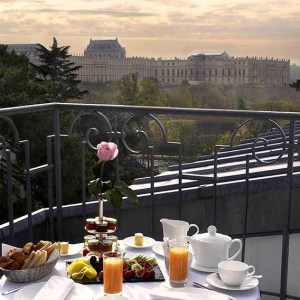 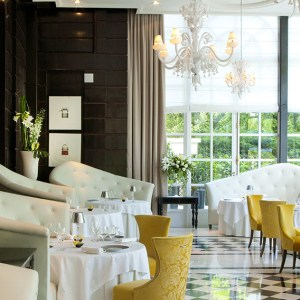 The Biennale des Antiquaires, held every other year at the Grand Palais in Paris, was established as a venue for antiques purveyors to present their top pieces, and in recent years the salon has received notoriety for its exceptional art and jewelry displays. In September, members of the Robb Report Club visited the City of Light for the 27th Biennale des Antiquaires, with VIP access to a number of venues and events.

During the visit, club members stayed at the Waldorf Astoria Hotels & Resorts’ stunning Trianon Palace, located on a private woodland just steps away from the Château de Versailles. This elegant turn-of-the-century hotel is renowned for its luxurious accommodations and its Michelin two-star restaurant Gordon Ramsay au Trianon. The hotel’s opulent Guerlain Spa is outfitted with a hammam, steam rooms, and a magnificent indoor swimming pool.

The hotel curated a spectacular weekend for club members, including a private tour of the Château de Versailles by a local historian, Guerlain spa treatments, and a trip to the vibrant local farmers market—considered one of the best in France—with the hotel’s executive chef, Simone Zanoni. He guided guests through stalls brimming with fresh vegetables, fruits, flowers, fish, and of course cheese, to select the ingredients for lunch. Back at the hotel, chef Zanoni gave a tutorial as he prepared the meal.

The weekend also included a private gala at the Château de Versailles, with a charity dinner in honor of the Biennale and the 400th anniversary of the birth of André Le Nôtre, the creator of Versailles’s famed gardens. Guests were treated to a sumptuous meal prepared by the Michelin three-star chef Michel Guérard. All of the proceeds from the evening went to the Domaine National de Versailles et de Trianon, the entity charged with preserving the grounds.

The following day, the group began a weeklong exploration of the City of Light, with behind-the-scenes experiences of luxury brands and art museums, and meals from Michelin-starred chefs, including a curated dinner with the celebrated food critic Alexander Lubrano. Two nights before the official launch of the 2014 Biennale des Antiquaires, Robb Report Club members attended the event’s exclusive gala opening. During this private preview, guests took in the salon’s elaborately decorated booths, the astounding array of museum-quality art, jewelry, and antiques, and the interior design of the Grand Palais, conceived by the famed French designer Jacques Grange. Guests were then provided VIP passes to the vernissage and the Biennale’s public opening.

At the end of this extraordinary week, the travelers were whisked away to France’s Champagne region for a day of insider access with Dom Pérignon. The behind-the-scenes tour included a visit to the abbey where the monk Dom Pierre Pérignon first discovered the art of Champagne, a journey through the cellars, and a special tasting and lunch at the Trianon, a palace constructed for Napoléon Bonaparte and the Empress Josephine for which the Trianon Palace hotel is named. On their last night in France, guests retreated to the comforts of the Hostellerie La Briqueterie, a picturesque hotel in the heart of the Champagne vineyards.