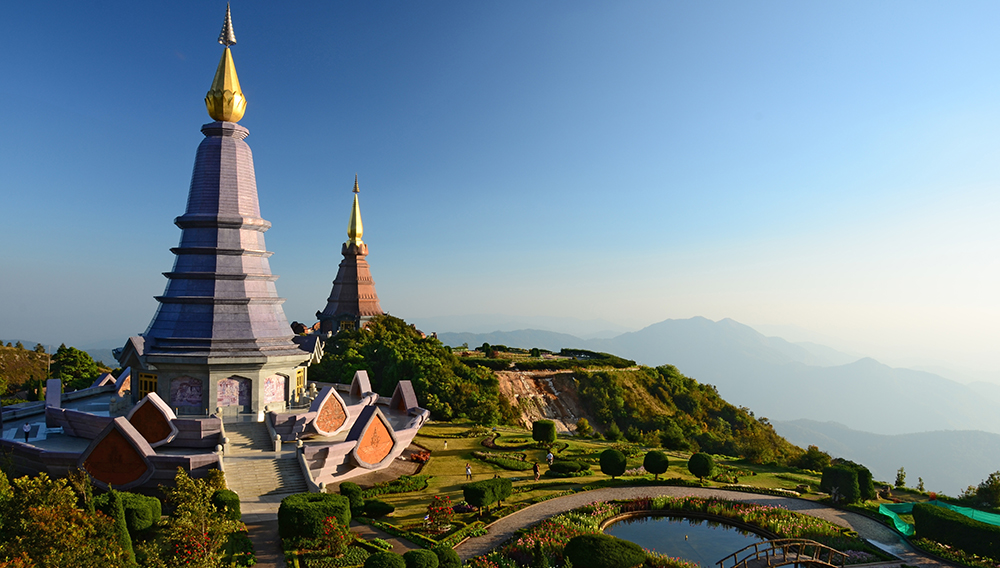 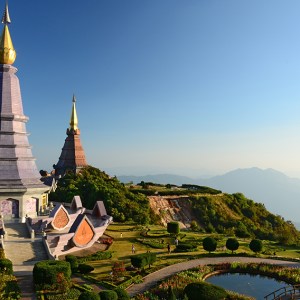 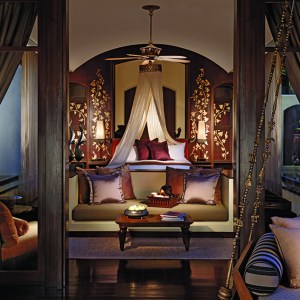 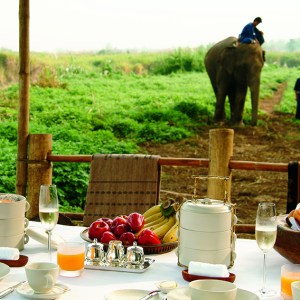 Robb Report and Frosch transported guests to the “land of smiles” for a voyage to the kingdom of Thailand. The local guide and television personality Dan Frasier, of the Smiling Albino tour company, led an itinerary from the capital city of Bangkok to the cultural hub of Chiang Mai and the natural wonders of northern Thailand’s Golden Triangle.

At each destination, a Four Seasons hotel provided sumptuous accommodations for the group. In Bangkok, a contemporary tower with gardens, world-class cuisine, and lavish suites was a sanctuary in the midst of the bustling city. Guests explored Thai culture at the Four Seasons Resort Chiang Mai, a tranquil estate set among terraced rice fields; its cooking school, grand pavilions, and breathtaking spa were a retreat for all the senses. And at the Four Seasons Tented Camp Golden Triangle, travelers experienced some of Thailand’s most untouched territory and communed with its resident elephants while staying in luxurious tented accommodations.

The adventure began with a two-day spree in the metropolis of Bangkok, Thailand’s energetic capital. Travelers experienced the city’s most fascinating highlights, including a longtail-boat ride along canals that lead from the Chao Phraya River and a visit to the famed monumental Reclining Buddha statue, with a private blessing from its monks.

Muay Thai, a traditional martial art, is a revered national pastime, and Robb Report travelers sat ringside at Rajadamnern Stadium to witness a match. Later, back at the Four Seasons Hotel Bangkok, guests ended the day with decadent massages.

The next leg of the multicity itinerary led to Chiang Mai, a city in central Thailand with celebrated spiritual, artistic, and culinary traditions. The two days spent in its spectacular scenery touched on each facet of that heritage. A glimpse of the Four Seasons Resort Chiang Mai, with its magnificent tiered pavilion-style architecture, was an instant introduction to the region’s unique character.

Excursions included a visit to Wat Phra That Doi Suthep, the most famous and important temple in Chiang Mai, which consists of several exquisite buildings, a museum, and a Lanna-style chedi covered with engraved and gilded plates.

An artist and a professor at Chiang Mai University who was born in Singapore and has lived in Thailand for 25 years, Patricia Cheesman preserves the crafts and techniques of indigenous textiles in Southeast Asia. A visit to her studio offered a chance to see her at work, and get a few souvenirs, too. The enlightening highlight of the Chiang Mai journey was a private merit-making ceremony intended to receive blessings and demonstrate respect to Buddha.

The last stop on the whirlwind Thai voyage was Chiang Rai, a lush enclave bordering Laos and Burma. Travelers arrived at the Four Seasons Tented Camp Golden Triangle by helicopter, and then longtail-boat, in time to join the resort’s elephants for their morning bath and feeding, and mastered commands that allowed them to direct the giant pachyderms.

During the stay Robb Report readers also enjoyed a 90-minute spa treatment in an open-air sala set within a bamboo forest, evening cocktails at the open air bar to watch the sun set, a dinner under the stars, a boat ride through the Mekong river, a visit to the local market and tour through the Hall of Opium museum.