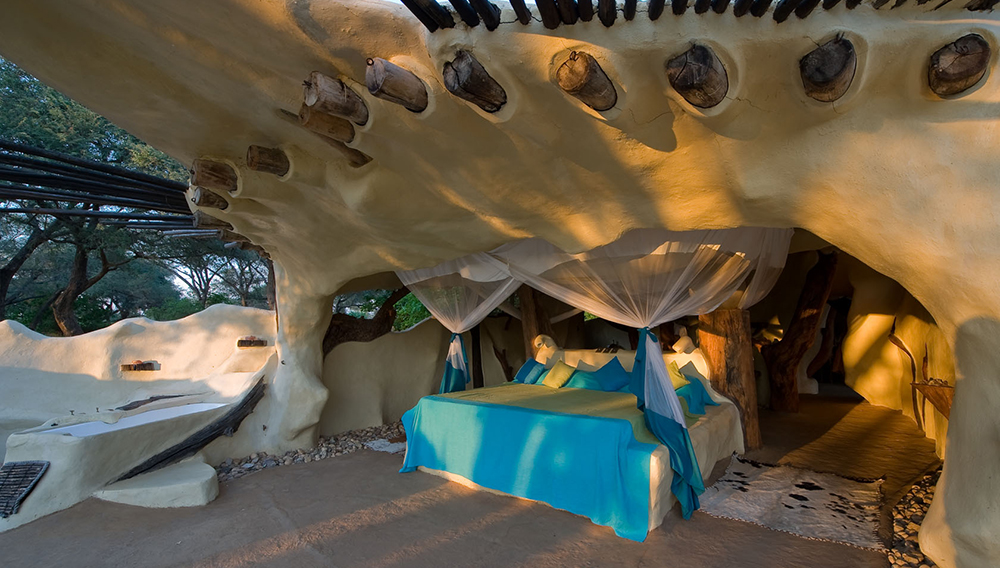 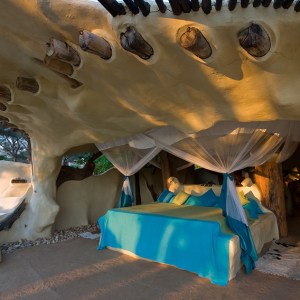 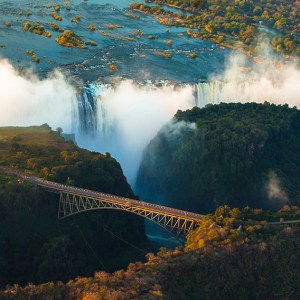 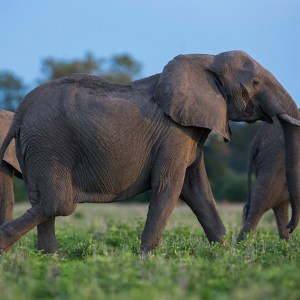 Norman Carr established the first safari camp in Luangwa, Zambia, in 1950. In an era when African safaris were hunting expeditions, Carr persuaded visitors to observe and photograph animals instead of shooting them. Throughout its history, Norman Carr Safaris has been a pioneer. Its most recent milestone is the launch of a new luxury bush camp, which opened in June 2013: Chinzombo.

In celebration of Chinzombo’s debut, Norman Carr’s family invited Robb Report readers on a curated journey to get to know Zambia’s people and experience its wildlife and precious emeralds.

The adventure began when Robb Report Club travelers arrived at Chinzombo via private VIP charter flight from Lusaka, Zambia’s capital. Nestled within 60 acres of private land abutting the Luangwa River, Chinzombo and its extraordinary villas—each with a private plunge pool and spa amenities—was the group’s haven for the next four days.

Twice-daily game drives offered viewing of the abundant wildlife—including lions, cheetahs, and elephants—that inhabits the reserve, while walking safaris, a concept pioneered in Zambia by the camp’s founder, immersed travelers within their surroundings. Led by guides with deep knowledge of the terrain, each excursion was a fascinating education in ecology. Sundowners, a cocktail ritual, were a relaxed opportunity to recount the natural spectacles witnessed during the day. The dinners that followed, like all the meals in camp, were delicious and executed with the same polished, relaxed service that distinguishes Chinzombo.

During the stay guests also spent one night under the stars at an outdoor campsite situated in a dry riverbed. Under the immensity of Zambia’s star-strewn sky, with the cries of hyenas and lions in the distance, the vastness of the landscape was awe inspiring.

At the end of the Chinzombo odyssey, an early-morning flight led to the mines of Gemfields, the world’s leading producer of ethically sourced rare colored gemstones. Accompanied by Gemfields’ CEO, Ian Harebottle, the group received a tutorial in emerald geology and gemology, then descended into a world virtually never seen by outsiders: the interior of one of the largest emerald mines in the world. By day’s end, everyone had received an education in the life cycle of an emerald.

A charter flight whisked the group to Chongwe Camp, located on the Lower Zambezi River. Guests resided in luxe accommodations often cited as some of the most beautiful in Africa: Chongwe River House and Suites. For two full days, Robb Report Club travelers embarked on day and evening drives and canoeing safaris that yielded close-up views of crocodiles, hippos, and elephants, and a fly-fishing excursion in search of the elusive tigerfish. An open-air evening feast was a prime opportunity to spot notable constellations, including the Southern Cross.

Livingstone, at Victoria Falls, was the final destination. There, travelers retreated to the Royal Livingstone Hotel, the iconic property of the Falls. A picnic alongside the waterfall and a helicopter tour that plunged into surrounding gorges were the final unforgettable images from a week with many.