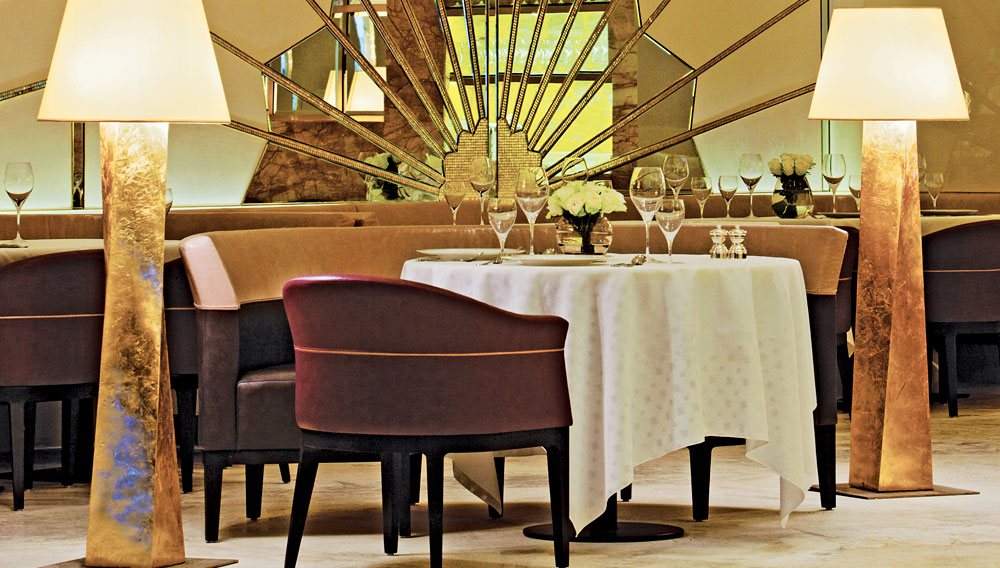 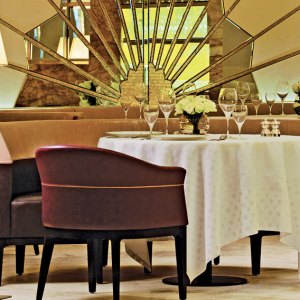 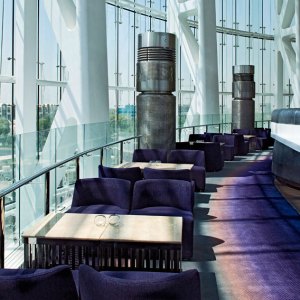 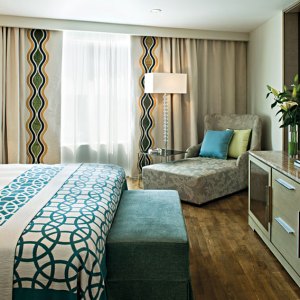 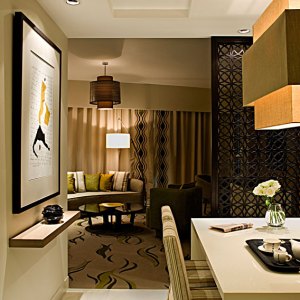 As might be expected from a designer whose creative influences include comic John Cleese and fellow designer Philippe Starck, the mood set by Olga Polizzi at the Rocco Forte Hotel Abu Dhabi ranges from whimsical to avant-garde. Inside the curvilinear glass structure, a flock of suspended avian shapes in colored glass soars from the lobby through an 11-story atrium. Public spaces also include an 82-foot rooftop swimming pool, a health club with five hammams, and a futuristic cocktail lounge that appears to hang in midair.

Polizzi, the sister of Sir Rocco Forte, sourced local artworks for each of the hotel’s 281 guest rooms, where vibrant furnishings decorate cavernous bedrooms and intricate tile mosaics adorn marble-and-limestone bathrooms. Tops among the accommodations are the Presidential and Royal suites, which are designed around large private terraces and include dining areas and butler’s kitchens.

The hotel, which opened in November as the London-based Rocco Forte group’s first property in the Middle East, overlooks the Al Bateen Executive Airport across the road, making it possible to land, clear customs, and be in the cocktail lounge sipping a martini all in a matter of minutes. Follow your aperitif with dinner at Oro, the Rocco Forte’s signature Italian restaurant with a 360-degree bar. Rocco Forte Hotel Abu Dhabi, +971.2.617.0000, www.roccofortehotels.com