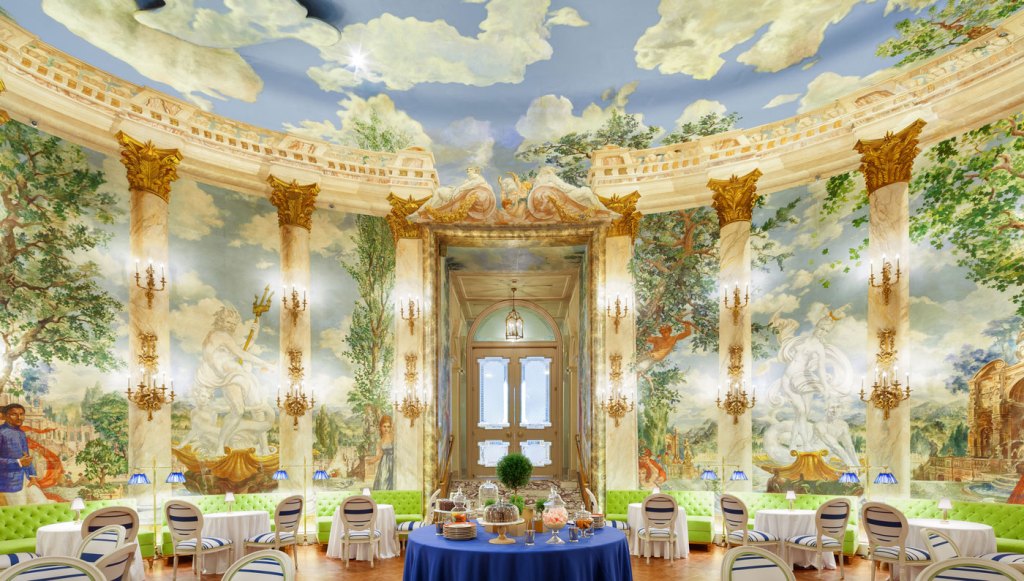 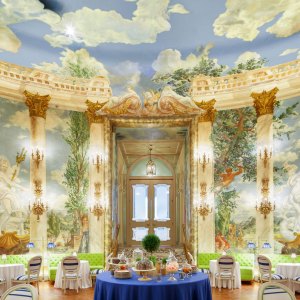 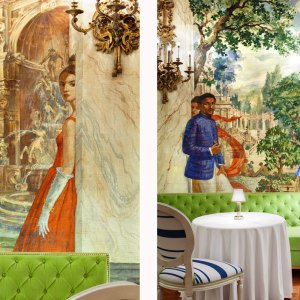 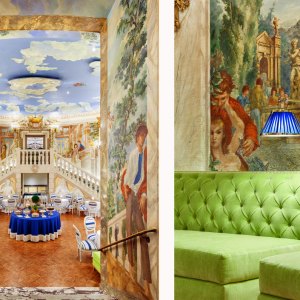 The Rotunda at the Pierre New York, a Taj Hotel, is a striking space swaddled in whimsical murals (including the faces of Jacqueline Kennedy Onassis and Elizabeth Taylor), but a reimagining of the iconic room by architect Daniel Romualdez has gifted the Rotunda with a unique and refreshing atmosphere. With a ceiling painted to resemble a sky peppered in frothy clouds, the newly installed dramatic up-lighting casts theatrical shadows around the room, setting the perfect mood for intimate gatherings. Relaunched in July 2016, the Rotunda comes with an exciting new spread of bespoke cocktails and a tantalizing menu of sweet and savory delights. Selections include: smoked salmon rillette, Maine lobster tartine, and the Rotunda’s Welsh rarebit, while the dessert table is dressed in royal blue and piled high with platters of double-chocolate devil’s food cake, blueberry lemon bundt cake, and tiers of madeleines, macaroons, and meringues. Open Monday through Friday, 3 pm to 10 pm, the Rotunda is the perfect spot to indulge in afternoon tea or to simply grab dessert and a nightcap after an evening on the town. (thepierreny.com)