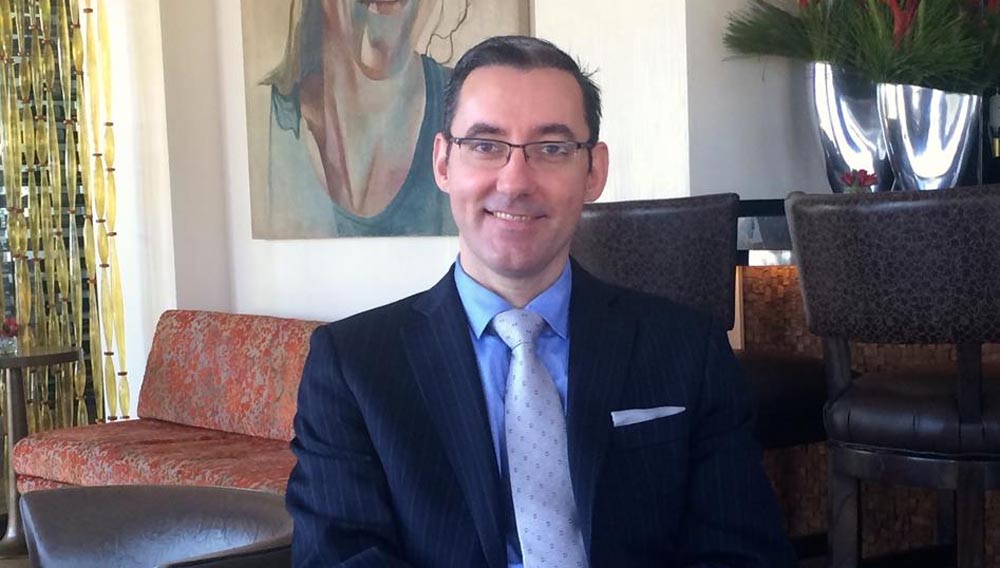 Deerfield Beach, Florida, December 10, 2014 – Royal Blues Hotel is pleased to announce the appointment of Claude Dubois as General Manager. Dubois’ career includes more than fifteen years of professional experience at various Five Star and Five Diamond properties throughout Europe and the US.

Prior to joining Royal Blues Hotel, Dubois worked for the Five Star St. Regis Atlanta in the United States as the Director of Food & Beverage. In addition to assuming General Manager duties while the GM was offsite, Dubois oversaw $12.5 million in total food & beverage revenue.

Claude Dubois was born in France, and later earned his Associate degree in Technical Education and Bachelor Degree in Sales and Marketing from Saumur. He later became a member of the prestigious Confrerie des Chevaliers du Tastevin wine association.

Royal Blues Hotel is an artfully designed luxury boutique hotel located in the classic American town of Deerfield Beach, Florida. Royal Blues is meant as an oceanfront escape for guests to experience an authentic adventure off Florida’s Gold Coast, with 12 luxuriously appointed accommodations steps from Blue-Wave certified Deerfield Beach, a fine dining Chanson Restaurant with panoramic ocean views, and a large saltwater aquarium visible from the restaurant, wine lounge, and swim spa. Numerous outdoor and artistic pursuits abound, from the local Boca Raton Museum of Art to Quiet Waters Park, where guests can engage in the revolutionary new sport of cable-skiing.