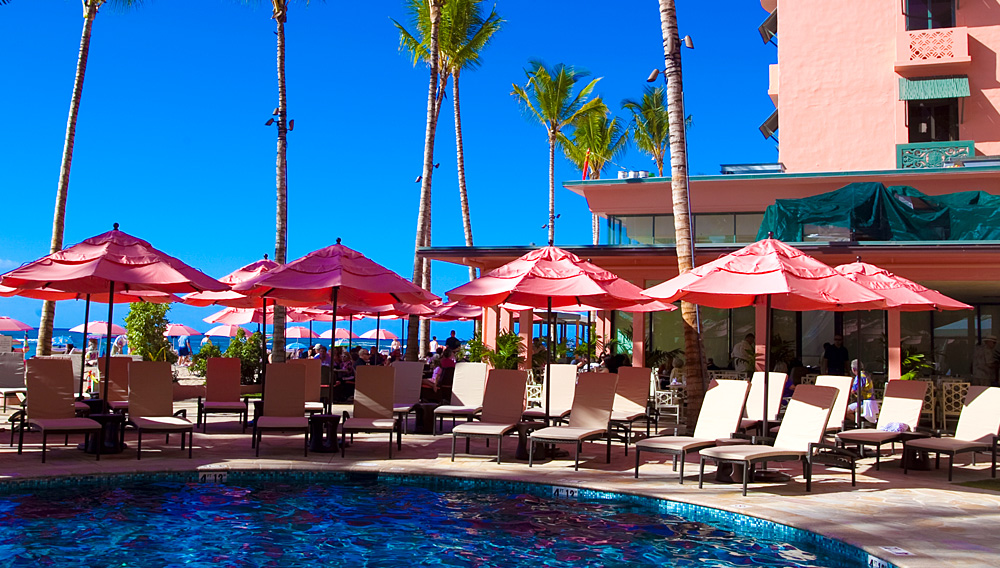 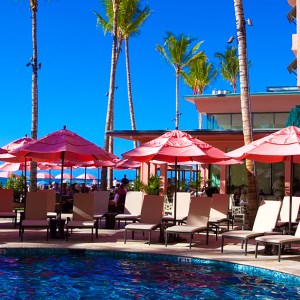 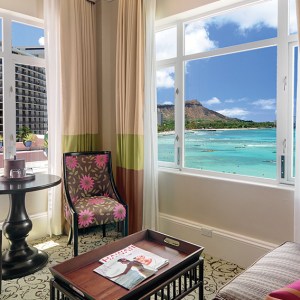 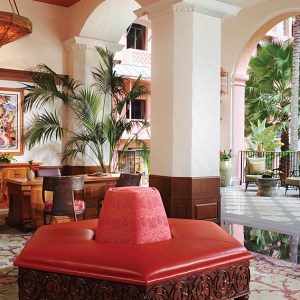 In 1941, after the attack on Pearl Harbor, the U.S. Navy leased the Royal Hawaiian as a rest-and-relaxation depot for sailors. The hotel reopened to the public on February 1, 1947, 20 years to the day after its initial debut. The Royal Hawaiian’s most recent reopening marks the culmination of a nearly one-year overhaul of its public spaces and 529 guest rooms and suites. The owners retained the Royal Hawaiian’s distinctive coral-pink exterior, which years ago earned the hotel the moniker “the Pink Palace of the Pacific.” Also left intact were the exteriors of the guest rooms, which, unfortunately, lack balconies (a holdover from the days when ocean-view balconies were not necessarily coveted by guests who had just spent several days at sea). Accommodations The 529 guest rooms and suites include six private beach cabanas. Dining Options include seafood at Azure, poolside fare at Surf Lanai Restaurant, and cocktails at the newly refurbished Mai Tai Bar. Facilities Three new treatment rooms at the Abhasa Spa. Rooms start at $590 per night; junior suites start at $1,000 and full suites from $1,295.