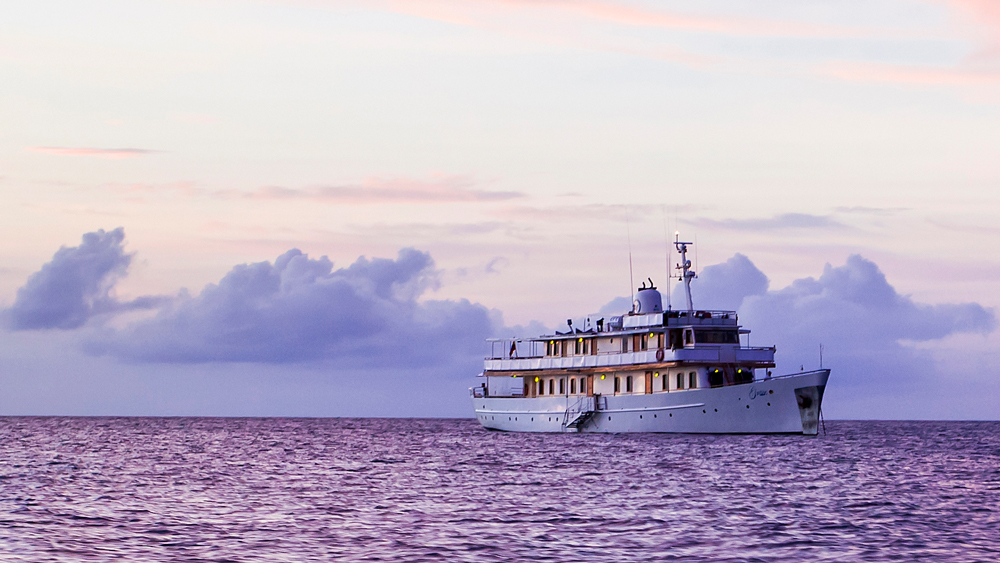 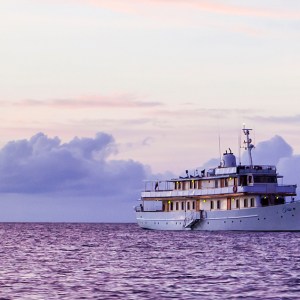 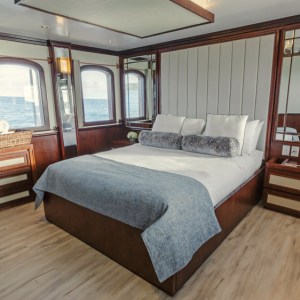 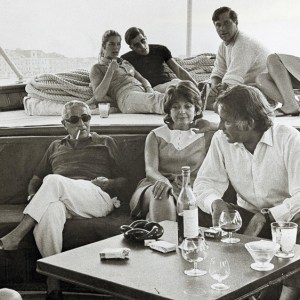 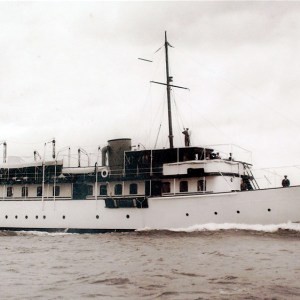 When Grace Kelly married Prince Rainier in the 1956, Aristotle Onassis presented the royal couple with a luxury yacht as a wedding present. The newlyweds honeymooned on the 147-foot vessel, built by Camper and Nicholsons, along the coasts of Corsica and Sardinia before parting with it in 1958.

This is just one chapter in the life of the storied boat that today ranks as the most elegant cruising vessel in the Galapagos Islands. The luxury cruising company Quasar Expeditions obtained the yacht in 2007 and christened it the M/Y Grace. Following a full renovation last fall, the yacht returned to service in January with an expanded sun deck, renovated bar, and a brand-new Grace Kelly Suite designed by Adriana Hoyos, the award winning interior designer who has also served as a UNICEF Good Will Ambassador for Latin America. The 183-square foot cabin, which occupies the suite in which Kelly honeymooned, features custom-made Seike wood furnishings—including a king-size bed with a leather headboard—as well as art deco–inspired mirrors and large rectangular windows on either side.

Built in England for the Argentinean tycoon Santiago Soulas in 1928, the life of the M/Y Grace might make good fodder for a screenplay. In 1938, Sir George Tilley, chairman of Prudential Insurance Co., acquired the yacht, named Rion at the time, until the British conscripted her a year later for the war effort. In 1940, Rion was given the harrowing task of evacuating the British Expeditionary Force from the beaches of Dunkirk. She made two successful runs before a bomb on the third run struck her starboard bow killing 15 and damaging the hull. After she was repaired, Rion captured a German E-boat that same year south of the Isle of Wight.

Onassis acquired the yacht in 1951 and, during his ownership, iconic figures including Winston Churchill (a consummate jet-setter if there ever was one) and Elizabeth Taylor spent time onboard. Today guests can expect the same level of service, but with every modern convenience. In the indoor or outdoor dining room, guests enjoy meals such as Ecuadorian-style Jipjipapa red crab ceviche and grilled octopus with grated green plantains and coconut rice, along with glasses of Champagne or Argentinian Malbec from the yacht’s deep wine cellar. Guests sunbathe on custom-made sunbeds from Ecuador before taking a dip in the outdoor hot tub.

The M/Y Grace’s two decks also allow guests to walk 360 degrees around the boat, maximizing the chances for spotting wildlife such as dolphins, whales, manta rays, sea lions and a host of rare birds including the Galapagos’ famed blue-footed boobies and short-eared owls. In addition to the Grace Kelly Suite, other luxurious onboard accommodations include staterooms with queen beds, wooden furnishings, and luxurious bathrooms that include walk-in showers and vanities.