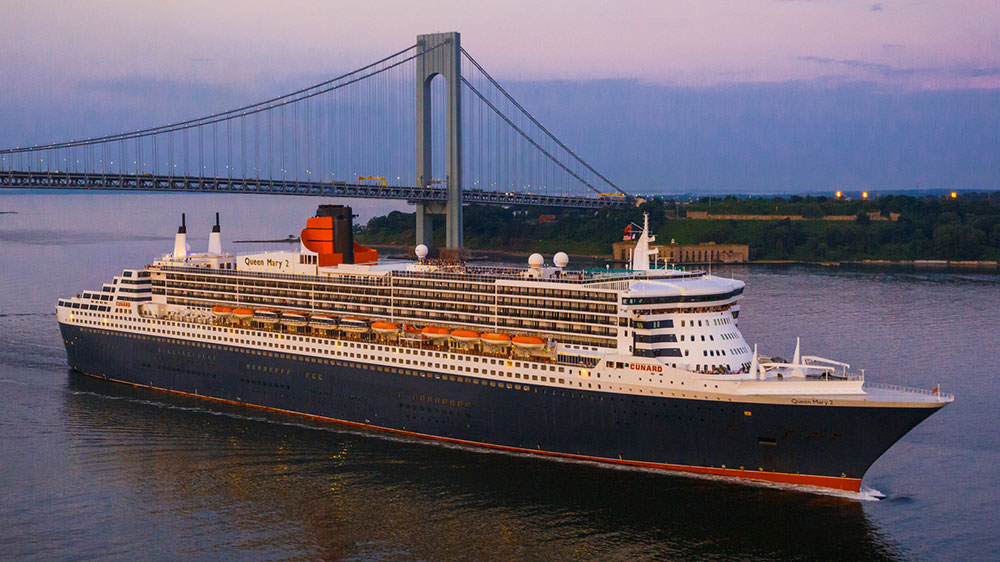 Photo: Courtesy of the Queen Mary

This November, the eyes of sport memorabilia collectors from around the world will be on the Standard Oil Building in Beverly Hills, where noted auction house Julien’s Auctions will be putting some 350 historic, sports-related items on the block. Culled from a private collection amassed over 30 years, the multi-volume Sports Legends Memorabilia catalogue will feature such treasures as the jerseys of noted baseballers like Hank Aaron and Mickey Mantle, and the boxing shorts of Muhammed Ali, featuring a handwritten message by the champ himself. Really passionate fans (and determined collectors), however, can get an exclusive, up-close sneak peek at a selection of the items—and the chance to bid on them early—by sailing Cunard’s iconic Queen Mary 2 luxury liner this fall.

Thanks to a partnership between Julien’s Auction and Queen Mary 2, passengers on the seven-night transatlantic crossing from New York City to Southampton, England (departing September 15) will be the first members of the public to view a selection of these items, while also enjoying elegant accommodations, (literal) white-glove service, and entertainment from Anthony Inglis and The National Symphony Orchestra. Not everything from the lots will be on board, but you will find the auction’s top-priced piece: a Brooklyn Dodgers uniform worn by Babe Ruth during the 1938 season, which is estimated to bring in $300,000 to $500,000. (Or maybe more: a Babe Ruth New York Yankees road jersey recently sold for $5.64 million.)

The ship’s rotating preview will also feature Lou Gehrig’s signed 1933 Major League Baseball contract (estimated at $80,000-$120,000), Mickey Mantle’s 1960 New York Yankees jersey (worth $60,000–$80,000),  a baseball signed by Joe DiMaggio and Marilyn Monroe during their marriage (estimated at $100,000–$200,000), and more recent jerseys and uniforms worn by Michael Jordan and LeBron James. Passengers will also be able to bid on any favorite items before the rest of the public gets to do so in November—though you’ll still have to wait until the official auction to find out what you’ve scored.

Baseball signed by DiMaggio and Monroe  Photo: Courtesy of the Queen Mary