Looking for Robb Report UK? Click here to visit our UK site.
×
By Will Hide

Will Hide's Most Recent Stories 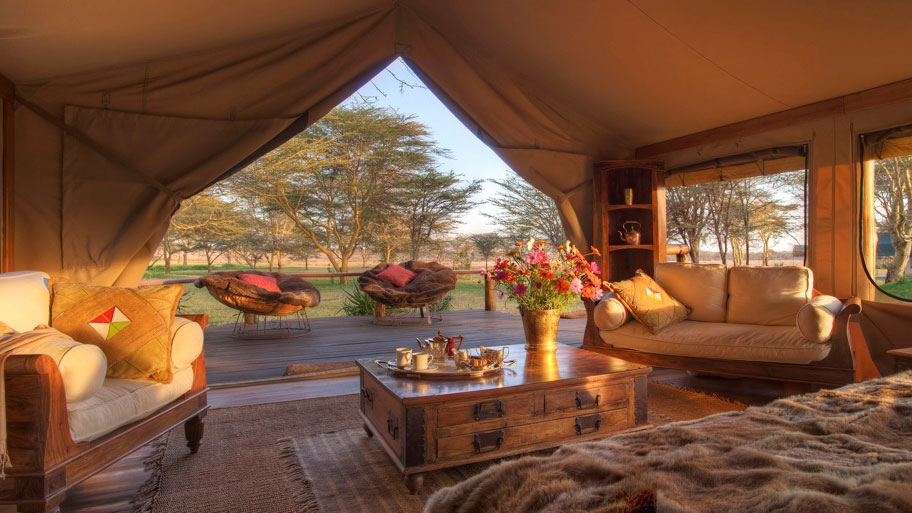 From between two massive, towering balls of cotton wool set against a Yale-blue sky, a small 11-seat Cessna Grand Caravan appears as a tiny dot above the horizon. The hum of its engines grows louder, until it skims the tops of a few acacia trees and plops down on a dusty airstrip, sending up plumes of red earth. It pulls up alongside an open-top Land Rover, whose tall, smiling driver gets out. He shakes hands with the Cessna’s passengers before handing out chilled towels and the promise of even-more-chilled gin and tonics just a short drive away back at camp.

Scenic Air Safaris’ new nine-day Endangered Species private-jet safari gives guests an intimate look at Kenya’s Big Five and other animals from both land and air, often dipping low to fly just 500 feet above the ground for superb viewing opportunities. Its unique selling point, though, is access to the region’s preeminent wildlife experts and conservationists, who explain the threats the animals face from poaching and habitat destruction. And what is being done to save them.

“We’ve got to get clients to start understanding what’s happening on the ground with endangered species and exposing them to professionals who are dedicating their lives to saving animals, finding ways to save habitats, and working with communities for the long-term future of Africa,” says Scenic Air’s managing director, Torben Rune.

Starting in Nairobi, the private-jet trip heads west to the Mara Meru Cheetah Project in the Masai Mara National Game Reserve, where guests meet cheetah expert Dr. Elena Chelysheva, who brings with her more than 30 years of experience and knowledge. With her guidance, visitors learn how to identify the cheetahs in the same way the conservationists do, by their whiskers and spot patterns on the back of their ears.

Over a two-night stay at the Spirit of the Masai Mara camp, there is also time to chat with lion experts such as Dr. Niels Mogensen, enjoy game drives, and cool off in the infinity pool.

The plane then heads north while flying low—giving passengers sweeping aerial views of lions, hippos, and giraffes—as it heads to Samburu for two nights at the Elephant Watch Camp. There, guests spend time with Saba Douglas-Hamilton and her husband Frank, both of whom have an infectious passion for elephants that combines ecology with sustainability, conservation, and simple luxury.

Next, in Laikipia, the emphasis is on tracking wild dogs; then it’s on to Lewa to spot rhinos and visit the state-of-the-art Northern Rangeland Trust control center, the home base from which all collared elephants in Kenya are monitored. “On the screens, visitors might see an elephant in Lamu that has been up as far north as Somalia” explains Rune. “An erratic travel pattern might indicate something that needs to be investigated, such as one of the herd being shot, which has made the rest go a bit nuts. You can also see that when elephants are not in protected areas, they are almost running, and when they get to a wildlife conservation area, they slow down. It’s fascinating.”

And then onto the last leg of the trip, as the Scenic Air Safaris plane heads back to Nairobi. It banks over a river, sending crocodiles cascading down a bank into the water, while grumpy, bulbous hippos bob below the surface to avoid the commotion. They seem to be the only ones who haven’t thoroughly enjoyed themselves. (Prices vary based on number of people and choice of base camp; range from $9,875-$23,621/person.)