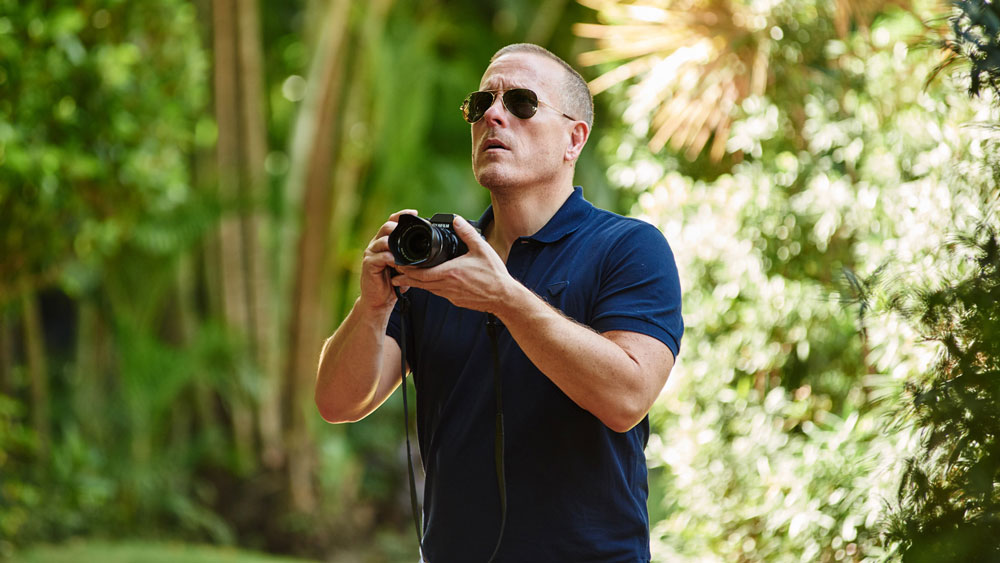 Scott Schuman helped define street fashion photography with his blog The Sartorialist, which launched in 2005. Since then, the New York–based photographer has traveled the world capturing interesting people and places from all walks of life. Recently, he partnered with El Embajador, A Royal Hideaway Hotel on a photo series featuring stylish guests at the recently revamped Santo Domingo hideaway. Following a $40 million upgrade, the 52-year-old hotel is restored to its glory days, when it was the fashionable center for Latin America’s stylish set. We caught up with the globetrotting shutterbug at the legendary Caribbean hotel to learn about his upcoming projects—including a new book—and why good old-fashioned service never goes out of style.

Photographing a hotel in the Caribbean is a pretty nice gig. Tell us about it.

It is a pretty charmed life when you get to go to places like this and call it work. A lot of this project [entitled The Guest List] is shooting my experience of being here. We aimed to capture a day in the life of the hotel and its stylish guests. It is very natural, because I’m staying here just like any other guest stays here. It’s about tapping into my general experience of how I feel and what I like about it.

How does shooting the Royal Hideaway add to your oeuvre, which has been more street-style-focused?

One of the things I’m proud of with the Sartorialist is that we’ve never made it about price—we’ve always made it about quality and how well something is executed. I hardly ever put the brand names of what someone is wearing. I’d be just as happy if someone is in Zara or Prada. But I am very drawn to good design. It doesn’t really matter how much it costs, it just has to be well-executed. That’s what the idea of the Sartorialist has always been. The word “sartorialist” means “well done,” so, to me, a sartorialist is someone who does something well—and that’s what Royal Hideaway seems to do at all their locations. The brand executes things really well.

Your photography is generally focused on people and their personal style. How did you transition into more destination-focused photography?

At first, when I started shooting more travel, it was behind-the-scenes kind of stuff. My audience is very design-conscious, so they responded to seeing these beautiful places. I get to travel all over the world, and I want to share that with people.  Instagram became more important in that regard, because it made it easier to communicate in the moment. And the pictures don’t have to be perfect—it’s more important that people are able to live vicariously through you.

In a lot of ways, it isn’t that different. It’s design-conscious, but it’s also about surprising people. The photos are still based on people that I think look interesting, but the style element is subtler. It’s still there because it’s how I see the world—it’s how I choose this old guy over that old guy—but it’s not the main focus. Instead, it might be an interesting pattern or a great facial structure with the light hitting it just right. I kind of look at it the way a costume designer would. And it’s based more on my imagination.

Your next book also focuses on travel.

My next book is about India. The country is at a really interesting crossroads, and people aren’t used to seeing much of its modern side yet. In the book, you won’t really see any temples. I’m more interested in showing young kids at music festivals, men playing sports, chic scenes in Calcutta or Mumbai. Images like that are mixed with pictures of people living very simply. If I do three books in the series, the next one after India would be Africa or South America. Those are the last three big places you could go and still have old world and modern elements.

How has social media changed the way we travel?

It has helped in a positive way, for the most part. It’s given people a chance to tell each other about places and share their experiences in an authentic way. It’s not the hotel concierge giving you the information anymore—it’s the people staying there. And they’ll tell you the truth because they’re getting nothing out of it. That’s something that probably scared hotels in the beginning, when they realized it wasn’t a one-way street anymore. You can’t just say that you’re great—you actually have to be great every day.