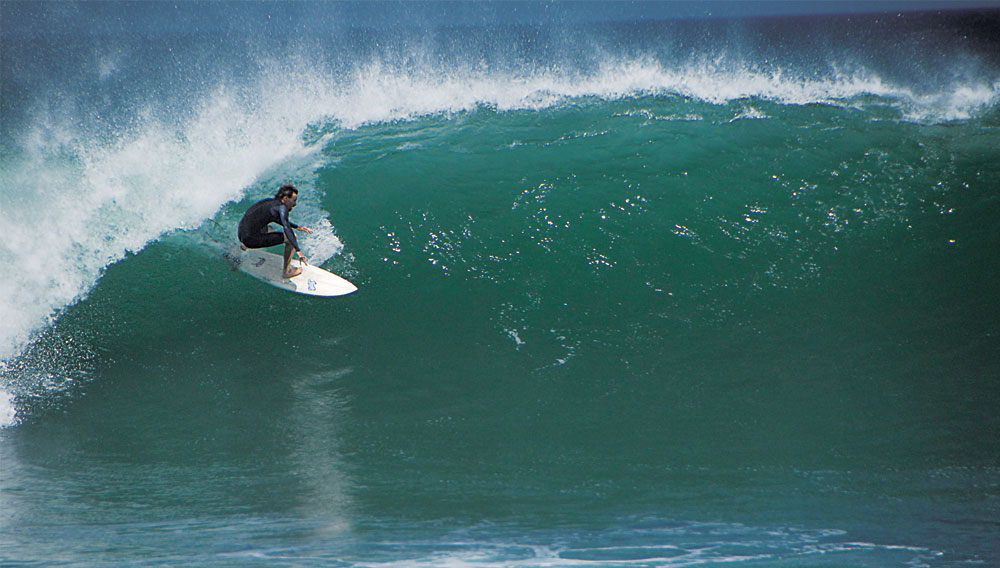 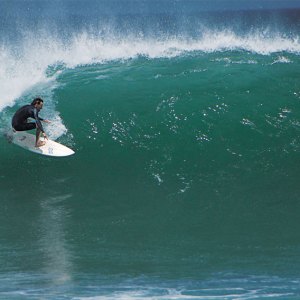 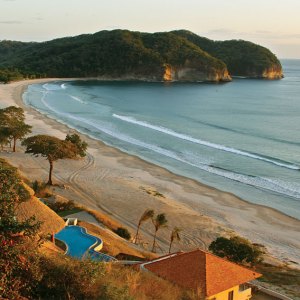 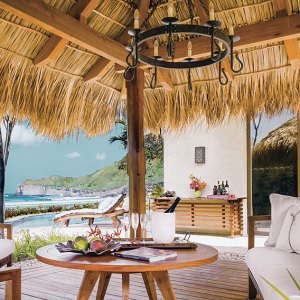 As the founder and owner of Tropicsurf, Ross Phillips travels the planet in search of the surfing world’s most elusive species: a good break with no crowds. Scarcer still, says the 45-year-old Australian—whose company leads luxury surf trips to tropical destinations from the Maldives to Mexico—is finding this combination directly in front of a first-rate resort. “It’s a rare phenomenon,” notes Phillips, who last year discovered this uncommon configuration at the new Mukul resort in Nicaragua. “When I saw the setup at Mukul, I thought this is probably the closest thing I’ve seen to Nihiwatu in Indonesia—a five-star property right on the surf. That’s the only other place like it in the world.”

Mukul, which opened on Nicaragua’s Pacific coast last year, is a rarity not just as a surfing destination but also as a first-of-its-kind resort in Central America. Nicaragua is not known for its luxury hotels, and even Costa Rica, its tourist-friendly neighbor to the south, lacks anything as opulent as Mukul (whose name is Mayan for “secret”). Developed by Don Carlos Pellas, the owner of Nicaragua’s Flor de Caña rum, the resort sits on a 4-mile-long stretch of coast about two hours southwest of Managua. Guests stay in one of 12 beachfront villas, 23 hillside bohios, or the Pellas family’s six-bedroom compound, and enjoy amenities that include a spa and a David McLay Kidd–designed golf course. But for surfers—and Phillips in particular—the resort’s primary attraction is a natural one: the consistent waves that break just offshore.

Phillips launched Tropicsurf in 2002 and today operates outposts at 13 resorts, including Nihiwatu on the island of Sumba and the Four Seasons Resort Maldives at Kuda Huraa. At Mukul, the company employs a full-time surf guide who offers lessons and excursions to local breaks. This spring, Tropicsurf is opening a “surf shack” at the resort, where guests will be able to select from a range of Firewire surfboards to use during their stay.

In almost all of Tropicsurf’s locations, the resort serves as a base for trips—by boat, car, or seaplane—to surf spots in the area. But at Mukul, guests can head straight from their villas to the resort’s beach break, which, says Phillips, is an ideal place to learn the sport. “The waves are perfect for beginners,” he explains. “You have this beautiful whitewash, sandy bottom, and no one out on a private property.”

More experienced surfers will find a range of options at Mukul, including Manzanillo Point, a left-handed break located a short walk down the beach from the hotel. “There are about 17 other quality breaks within a 45-minute drive or boat ride from the resort,” says Phillips, who notes that more elaborate excursions are also available. “We went to one spot that required a four-wheel-drive adventure through a small town and a national park, and then a short trek to the beach. It was a rush just getting there, and the surf was phenomenal—double overhead and barreling. To me that’s part of the appeal: staying at a five-star property but being able to get out and see the real Nicaragua.”

At Mukul, of course, the beauty—and bounty—of Nicaragua is just outside your villa door.