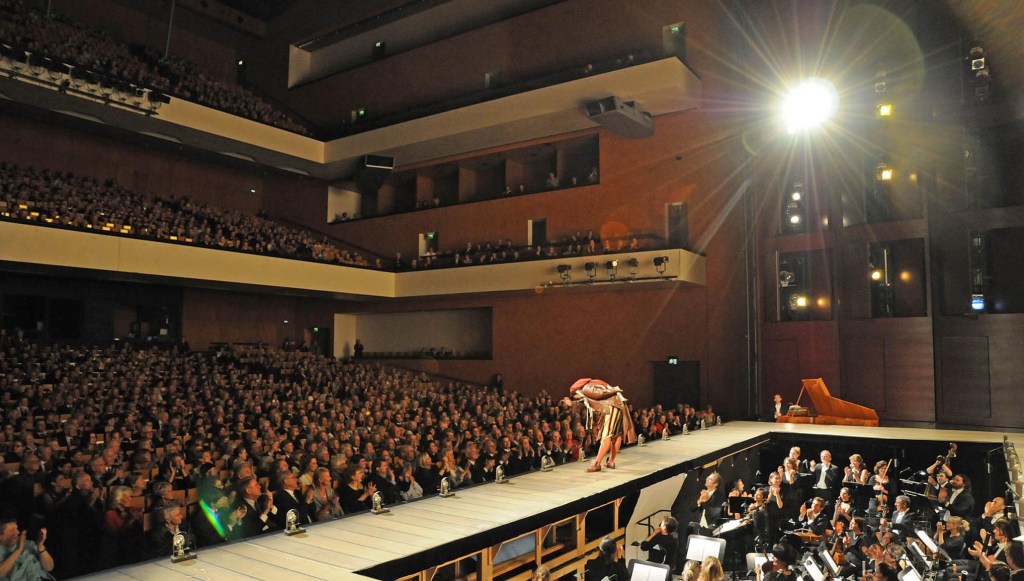 Debuting this Saturday, March 19, is the newest co-production between the New York Metropolitan Opera and the Festival Hall Baden-Baden, an opera favorite “Tristan and Isolde”.  As part of the annual Easter Festival, the highlight of the Festival Hall’s performance season, this modern take of Wagner’s classic tale will have performance goers captivated.  One of the most important operas in the 19th century, this tales sets the ravages of love to music.

The production’s set is a key plot and performance point opening onboard a ship, an allegory of the complexities of love – the orchestra is like the ocean, the characters are boats thrown hither and thither by the waves until they are smashed against the siren like cliffs of desire. The lead performers are Eva-Maria Westbroek (Isolde) and Stuart Skelton (Tristan), the latter will be reprising his role as the lead for the Met season opener of the co-production. Sir Simon Rattle, the Artist Director of the Berlin Philharmonic, will direct the Sirenesque performance, unleashing the world’s best orchestra.

The Easter festival (March 19-28, 2016) attracts around 40,000 music lovers & travelers to the picturesque Baden-Baden. Each day of the spring festival will be filled with performances across the city in beautiful spaces such as the old glamorous Casino, Frieder Burda museum, several churches and of course the Festival Hall.  One of Germany’s most beautiful towns, Baden-Baden was considered the “Summer Capital of Europe” in the 19th century. Before Monte-Carlo was Monte-Carlo, visitors across Europe flocked to Baden-Baden for the famed thermal springs and luxury scene at Casino Baden-Baden. Since the unveiling of Festival Hall Baden-Baden, this town has transcended from historical to modern cultural icon. Travelers can book a three day Deluxe Opera package which includes tickets to multiple performances, aperitifs & meals, and two nights accommodation ranging from 3 star to 5 star hotels such as the renowned Brenners Park Hotel & Spa. .