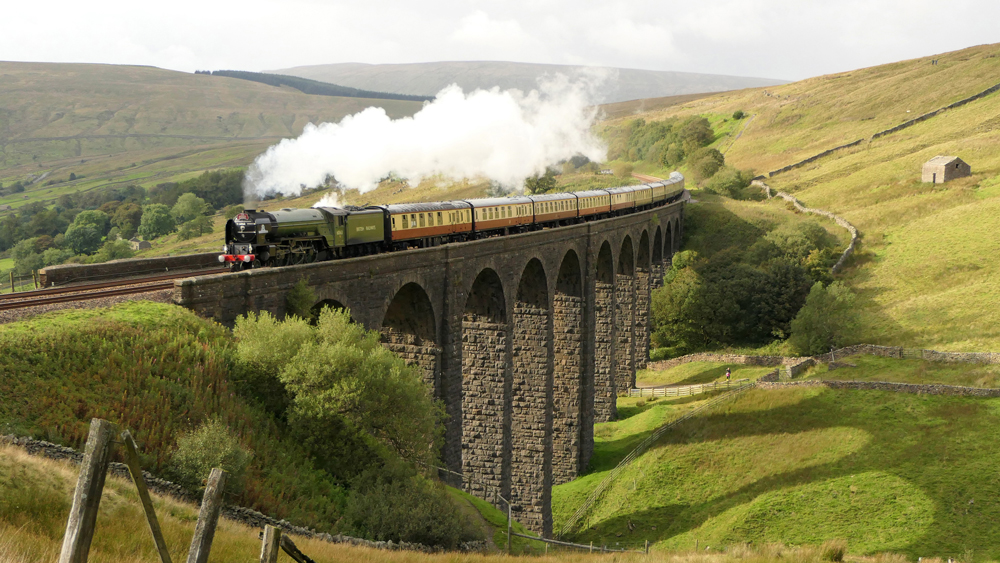 If you’re anything like us, you’ve got a mile-long bucket list of trips that you are working your way through. And for 2018, Robb Report’s readers focused on taking those that went above-and-beyond the typical getaway (though we’re sure you threw a quick city break or laid-back beach vacation into the mix)–quite literally going the extra mile, or, you know, couple of thousand, and hitting the skies, seas, roads, and rails to get there.

Below are the seven adventure-filled stories that sparked your wanderlust (and spurred you to click on) the most. And, no, we won’t apologize for making that must-hit list just a little bit longer.

China is one of those countries that is nearly impossible to see in one trip–or even 10. But hitting the country by road, as travel writer Matthew Askari did on our behalf earlier this year, proves to be one of the best ways to explore the Red Dragon in a way few foreigners have. Here, he breaks down what to expect (yes, you’re going to have to go to the Chinese DMV, and yes, it will be worth it) and the best route through the sweeping countryside and ancient villages outside of Shanghai.

6. Rugby with the Pros in Fiji

As travel editor Jackie Caradonio explained in our August issue, Fiji is no longer the land of star-crossed honeymooners. And the host of one-of-a-kind experiences that have taken their place is far more exiting–and nearly impossible to find anywhere else. At Nanuku, an Auberge Resorts Collection, guests can get in on the island nation’s favorite past time: Rugby. The property’s new Raka Rugby program gives participants a pro-level crash course in the sport, putting them through the paces of Fiji’s olympic team (they’re the only to have ever brought home gold for the country) and scrimmages with local teams.

Mega-cruises have never been the Robb Report Reader’s speed. This year, even the most cruise-averse among us were taken with Seabourn’s new Ovation. The ship followed in the footsteps of the cruise line’s the envelope-pushing Encore, featuring just 300 surprisingly spacious rooms outfitted with sleek decor and terraces designed to let you soak in incredible views of whatever ocean you happen to be zipping across. Our suggestion should you want to set sail? Book one of the Wintergarden suites, their patios come compete with full-sized hot tubs.

This year, we were spoiled for choice when it came to bucket-list worthy private jet trips (Aman, Abercrombie & Kent, and Anantara were among the brands to launch individual itineraries), but Four Seasons’ 24-day jaunt through nine countries and four continents was a fan favorite. Taking off in October 2019, the trip will whisk just a handful of guests to a mix of iconic and off-the-beaten-path destinations including Kyoto, Bali, Rwanda, and the Galapagos on a tricked-out Boeing 757.

Wellness was a pervasive trend in the travel industry this year–with hotels around the world co-opting the Canyon Ranch or Mirval model, offering amenities designed to boost energy, heal guts, and strengthen bodies. A host of airlines also got in on the action, launching a wide range of programs designed to make long haul travel just a little bit easier, superfood-powered menus, meditation apps, and plush pillows included.

Though definitely not for landlubbers, Viking certainly made a splash when it opened the world’s longest-ever continuous cruise for reservations earlier this year. Taking off late next summer, the trip will see nearly 1,000 sailors settle in for the journey, which will tackle 59 countries and 113 ports of call as it makes its way west around the globe from London.

1. A History-Buff’s Tour of England

Train travel has seen a huge resurgence over the past few years, with more and more of us choosing to consciously slow down our travel in this fast-paced world. Golden Eagle Luxury Trains is one of the operators that does it best, and you were particularly inspired by the company’s 14-day Best of Britain Seam Tour, which saw 38 guests cover nearly 2,200 miles of the U.K’s countryside to mark the 10th anniversary of the Tornado–the first steam locomotive in half a century to break 100 mph on British tracks.