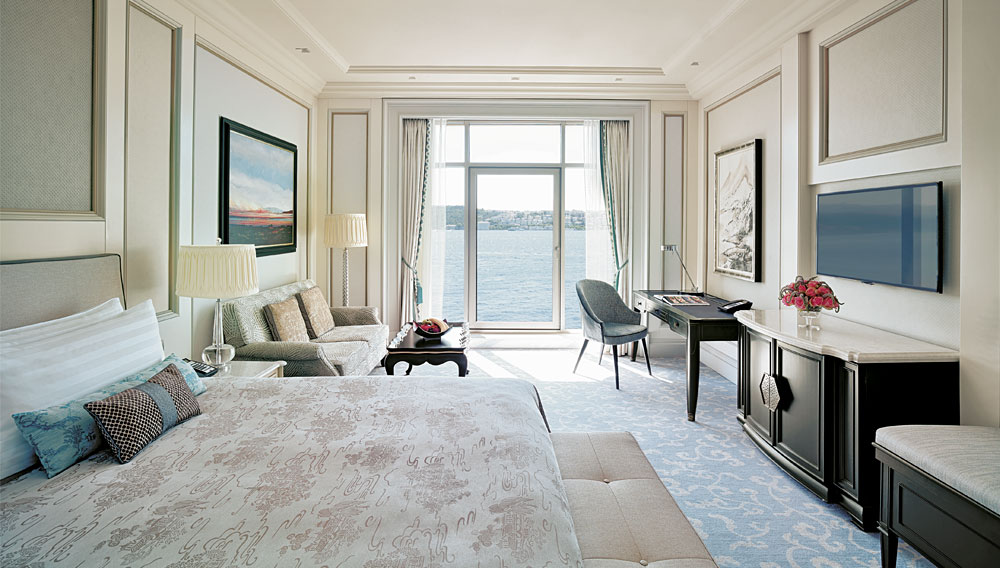 The Hong Kong–based Shangri-La group has been heading west in recent years, with new hotels in Paris and Toronto and upcoming projects in London and Rome. Uniting the company’s eastern roots with its latest pursuits, the new Shangri-La Bosphorus, Istanbul, straddles the divide between Asia and Europe.

Opened in May on the European side of its namesake strait, the Shangri-La Bosphorus is located next door to the landmark Dolmabahçe Palace in a building designed to resemble the 1930s-era tobacco warehouse that formerly stood on the site. The hotel’s stark neoclassical facade belies an opulent interior filled with more than 1,000 pieces of European and Asian art. In the marble lobby, a sparkling Bohemian glass chandelier pours from a dome-shaped atrium that houses a 59-foot-long Chinese silk painting evoking traditional scroll art. Bespoke furnishings and custom artworks adorn the 186 guest rooms, most of which afford spectacular views of the Bosphorus below.