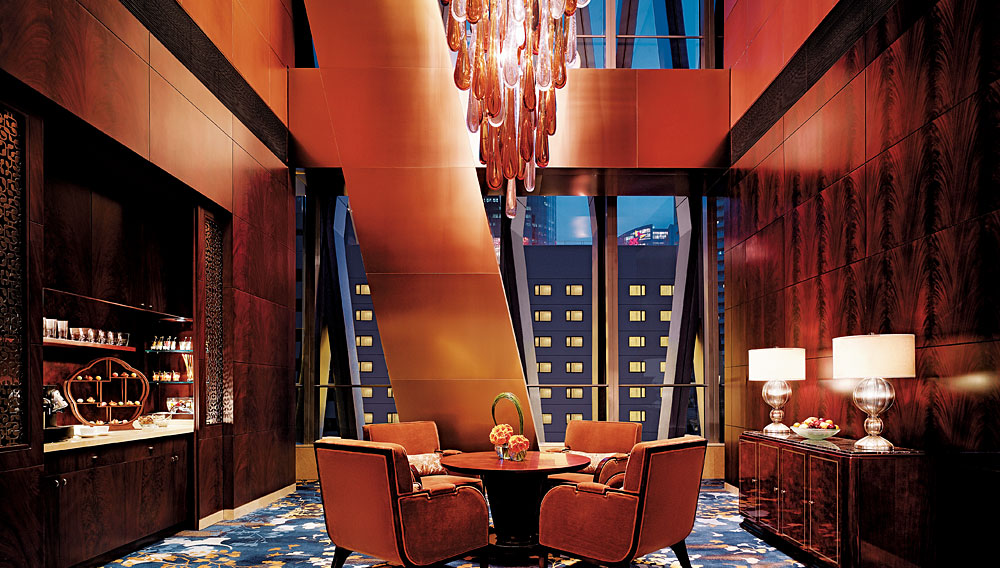 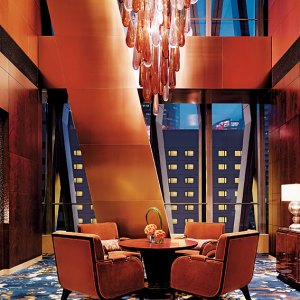 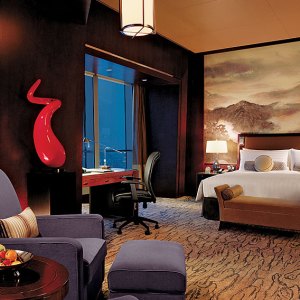 The Shangri-La China World Summit Wing’s rooms and suites occupy the top 18 floors of Beijing’s new 81-story China World Tower, stretching some 1,000 feet above the city’s central business district. To ensure privacy within its lower-level public spaces, the high-tech hotel, which opened in August, offers such features as bulletproof windows in the ballrooms and glass walls in the boardrooms that turn opaque at the push of a button.

The Summit Wing’s 100-plus-piece art collection likewise delivers the unexpected, including Yellow Earth, a wall of 550,000 South African tigereye stones. Guests can also marvel at the urban panoramas afforded by floor-to-ceiling windows in the 278 accommodations, several of which look out to the Forbidden City and beyond to Tiananmen Square.