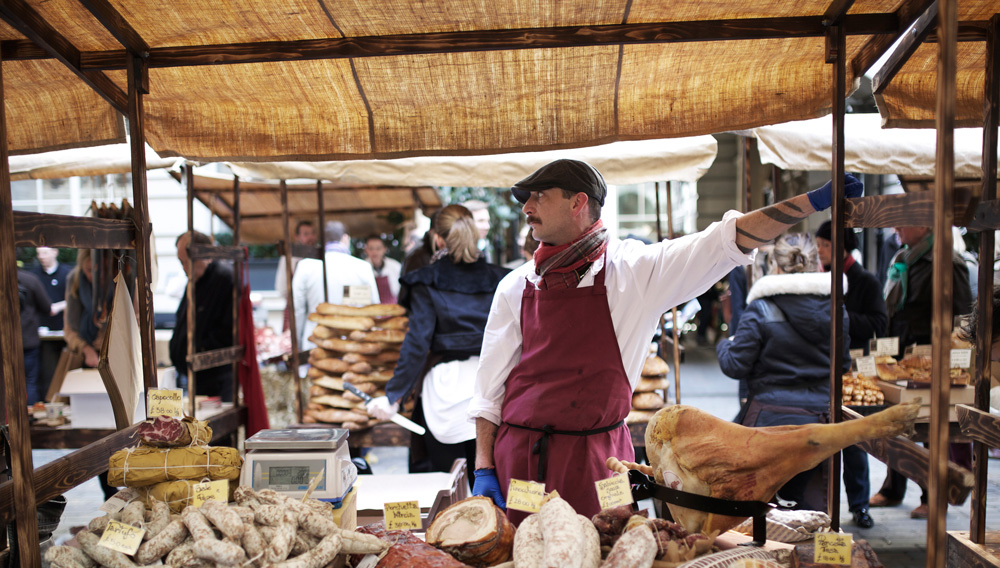 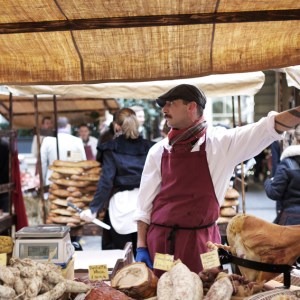 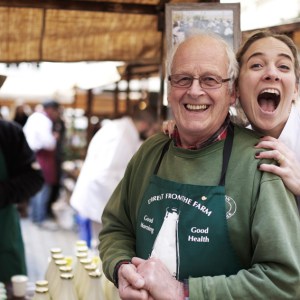 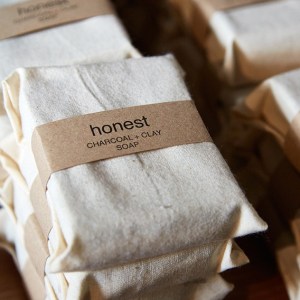 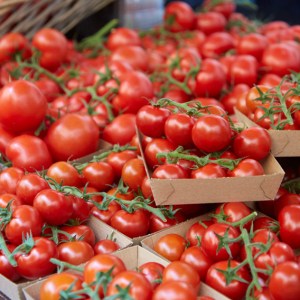 In London’s bustling Midtown district known as Holborn, the Rosewood London hotel has launched a Slow Food & Living Market, which takes place each Sunday in the belle-epoque building’s inner courtyard. The curated farmers market is endorsed by Slow Food UK, and everything sold must be locally sourced, in season, and thoughtfully harvested. The vibrant marketplace has hay bales strewn throughout, reclaimed-wood stalls and tables made of old wine barrels overflowing with rustic breads, organic fruits and vegetables, and sustainably grown flowers. Over 30 vendors participate, offering such items as vegan chocolates, pasture-raised beef, and a refreshing, locally made mead.

At the helm of the market is Rosewood London’s new executive chef, Amandine Chaignot, a former judge on the TV series MasterChef France who has worked at the Plaza Athénée, Le Meurice, and the Hôtel Raphael, Paris. Chaignot believes strongly in cooking with in-season, locally grown ingredients and has recently started a slow-food brunch in the hotel’s elegant Mirror Room restaurant to coincide with the market. Many of the foods featured are available for purchase in the market, such as O’Shea’s Butchers charcuterie and Oliver’s Bakery breads. Even the Bloody Marys feature slow-food ingredients, including sweet Isle of Wight tomatoes and London-made Half Hitch gin, so you can indulge in the decadent all-you-can-eat brunch virtually guilt-free. (rosewoodhotels.com)