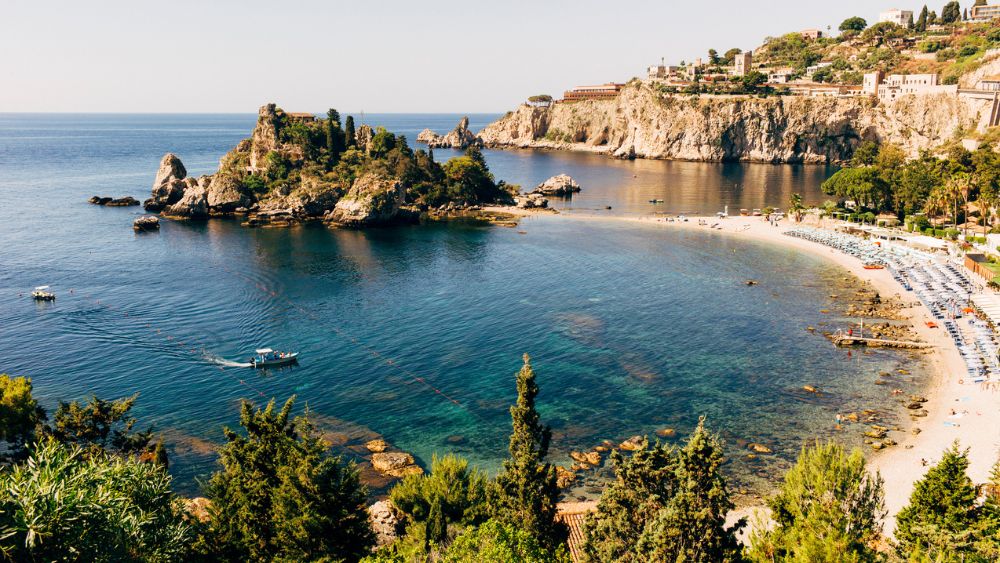 If you’re anxiously awaiting the season two finale of The White Lotus, there’s a good chance you’ve got Sicily (and fan theories) on the brain. As it turns out, due to the show’s aesthetically pleasing setting, more travelers than ever are eyeing the ancient resort town of Taormina for their next sun-filled getaway.

According to new data from Hopper, there’s recently been a surge in flight and hotel searches to the picturesque Italian island. In November, vacations from the UK to Sicily specifically were up 61 percent when compared to last year, while the US saw a 90 percent spark in inquiries. The travel booking app also noted that the demand for trips to Sicily typically decreases in the month of November in comparison to October. However, this year, searches have seen a 30 percent spike, which could have something to do with the fact the HBO show’s second installment only started airing on October 30, 2022.

“With Sicily’s sun-soaked vistas and stunning coastline, it’s no wonder travelers are itching to replicate the glamour of White Lotus with their holidays,” says Sebastien Texier, a travel expert at Hopper, in a press statement. Want to take in the scenery on a chaotic Vespa ride à la Tanya McQuoid (Jennifer Coolidge’s character)? You could always stay overnight in a Sicilian palazzo—just not Quentin’s. Of course, there’s no harm in hanging behind at the beach with an Aperol spritz in hand. Or is there?

All that being said, don’t pack your bags just yet. The app revealed the prime time for UK travelers to book their Italian escape is in January when flight prices for June will be as low as €76 ($80) for a return trip. Although, fares are expected to soar again between now and the summer, so you had better set those alerts. As far as hotels are concerned, those who reserve a room last minute—one week ahead of arrival—will be rewarded with daily rates as low as €59 ($62).

It should be a “memorable time.”