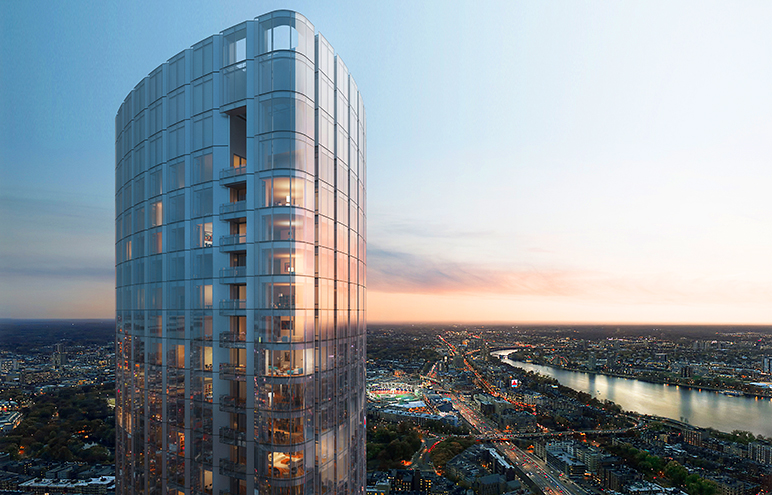 Born of Puritan roots, Boston has long been a city of hard work and history rather than glitz and glam. But things are quickly changing: Catering to a wave of new residents (the city will see a projected 90,000 newcomers in the next 14 years), developers are crafting a slew of gleaming, amenity-filed luxury residential towers that aim to rival some of the best options in New York City. “A proliferation of new luxury high-rises is resulting in a dramatic change to the city skyline, while also gentrifying neighborhoods like the waterside Seaport District, where people now want to live,” says Al Spagnolo, a veteran architect and founding partner of SGA, a full-service architecture and interior design firm with offices in Boston and New York City. From the tallest residential tower in New England to high-tech hubs with celebrity-chef restaurants and exclusive rooftop “pods,” these five structures have the design, perks, and price tags to launch Boston into the big leagues of American real estate.