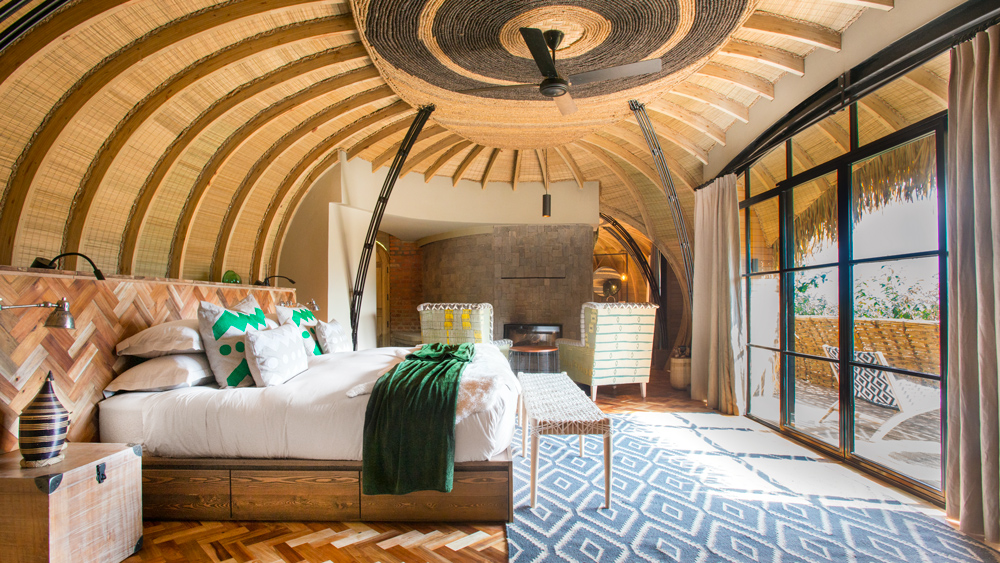 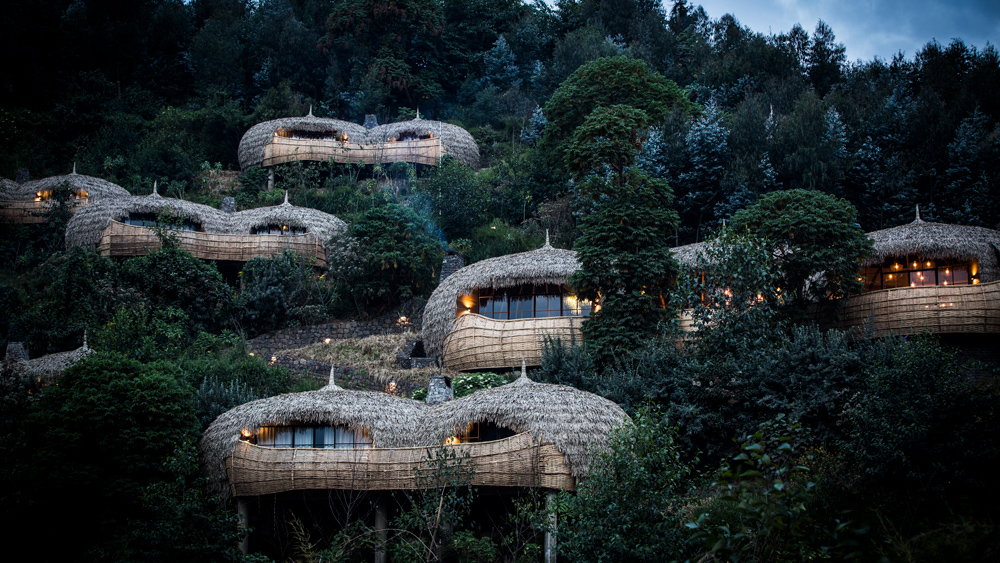 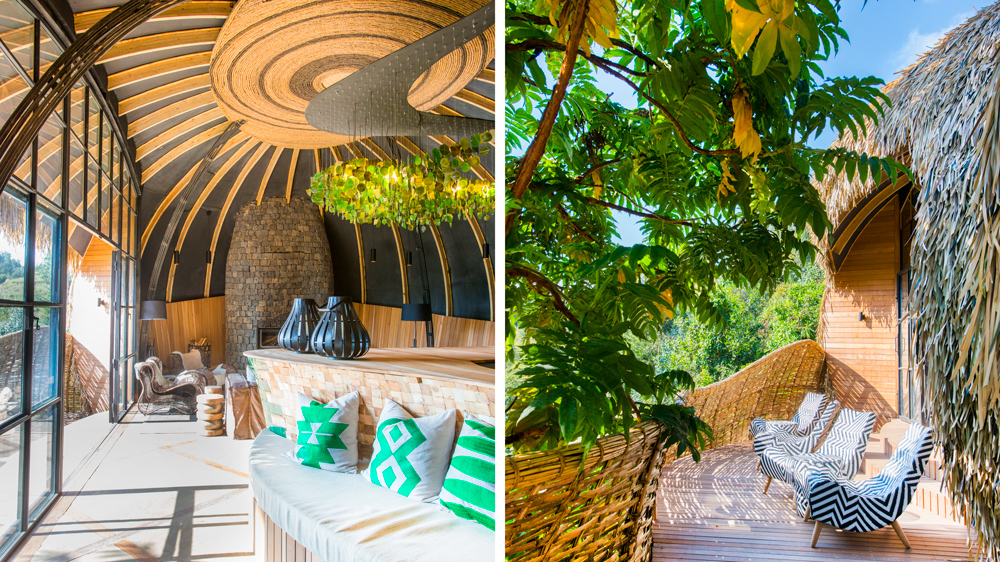 Bisate is unlike anything Rwanda—and perhaps all of Africa—has ever seen. The safari camp from the Johannesburg-based Wilderness Safaris opened in 2017 on the edge of the gorilla- and monkey-filled Volcanoes National Park with six villas that look like giant birds’ nests burrowed into the verdant slopes of a sweeping hill. Designed by the South Africa–based firm Nicholas Plewman Architects, the thatched accommodations were inspired by the historic palace of the former Rwandan monarchy; inside, however, the design is utterly chic and modern, with black egg-shaped soaking tubs, double-sided fireplaces, and colorful patterns that bring a contemporary twist to the region’s traditional kitenge fabrics. Everything from the glittering chandeliers composed of repurposed green bottles to the thatch leaves (which are actually recycled plastic strips) is further evidence that this unique lodge is a clever—and stylish—manifestation of Wilderness’s eco-minded ethos.