prev
3 of 6
next
#3
Via Ferrata in the Dolomites 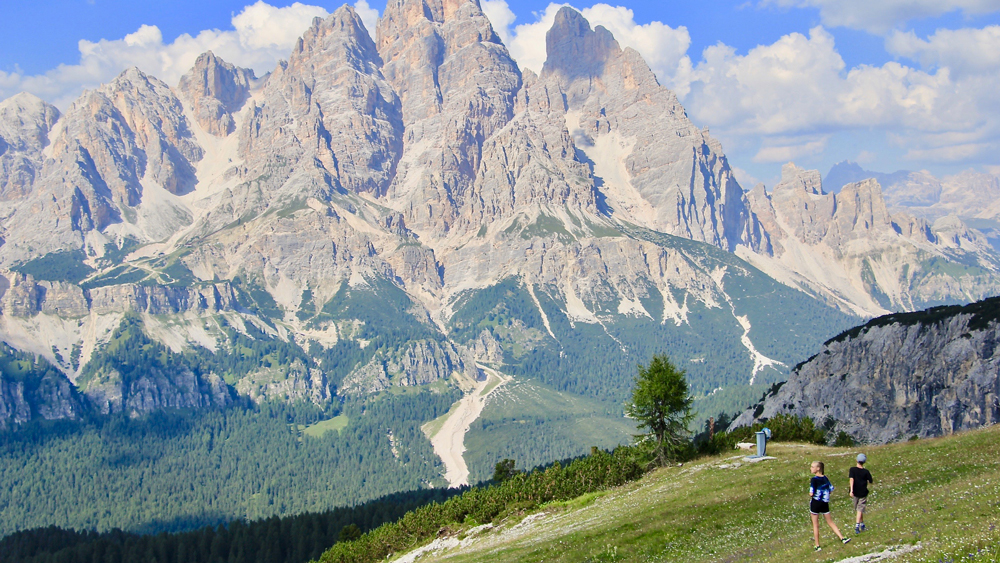 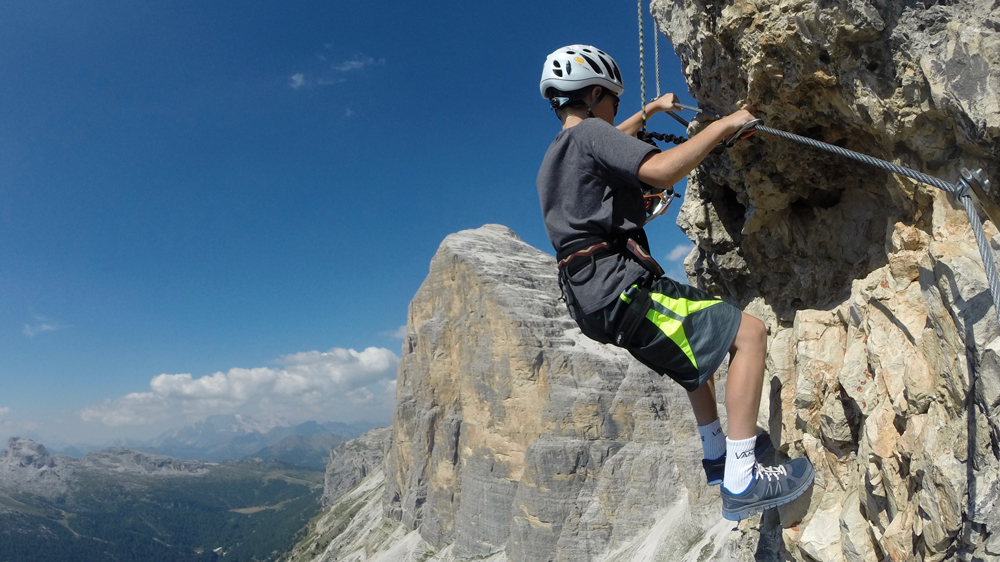 Hiking in the Dolomites

Climbing in the Dolomites

Many of Italy’s abundant allures—from the wineries of Tuscany to the galleries of Venice—can be lost on children. Not so the soaring peaks of the Dolomites, where the striking Alpine terrain pairs with the rich culture that helps make this country the world’s most beloved destination.

The Dolomites’ range of outdoor pursuits promises to keep kids active and entertained, with options including river rafting, mountain biking, hiking, and even paragliding. But the best way to explore the rugged region is via its network of more than 130 via ferrata routes. Via ferrata, or “iron road” in Italian, is the name for the cables that climb some of the Dolomites’ most spectacular peaks—and they allow amateur adventurers to scale them on guided treks. Originally developed for Italian soldiers during World War I, these via ferrata are now strictly for fun—and what fun they are. Wearing a climbing harness, users are attached with two carabiners to the cables, which run up sheer rock faces, along narrow ridges, and across hanging bridges. Routes range from moderate to extreme, opening up the rush of rock climbing and mountaineering to adventurers of just about any age or experience level (although it’s not recommended for those with a fear of heights).

This being Italy, the outdoor splendor is complemented by world-class wines (from the nearby Alto Adige) and cuisine (local delicacies include schlutzkrapfen ravioli and furtaies funnel cake). Among the region’s many charming inns and hotels are the Rosapetra Spa Resort in Cortina d’Ampezzo and Hotel Ciasa Salares, a 47-room family-run lodge in San Cassiano whose five restaurants include the Michelin-two-star La Siriola—and whose location affords easy access to one of the Dolomites’ most popular via ferrata routes.

Hiking in the Dolomites

Climbing in the Dolomites