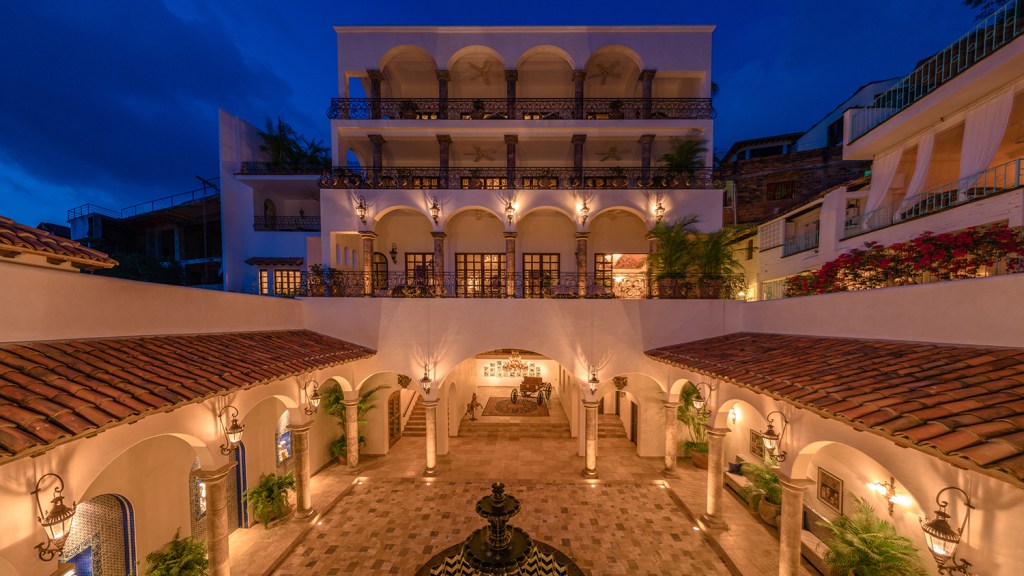 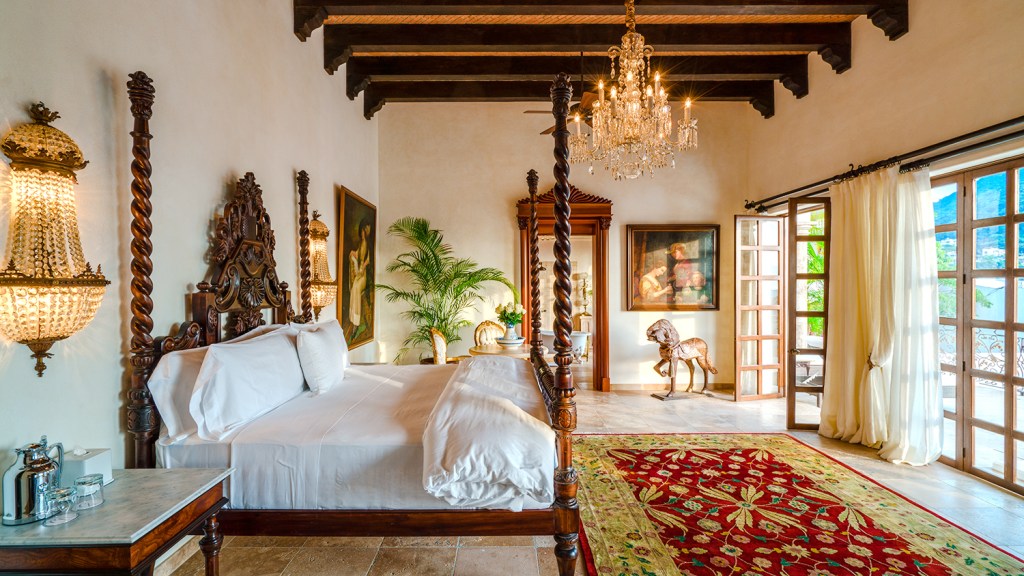 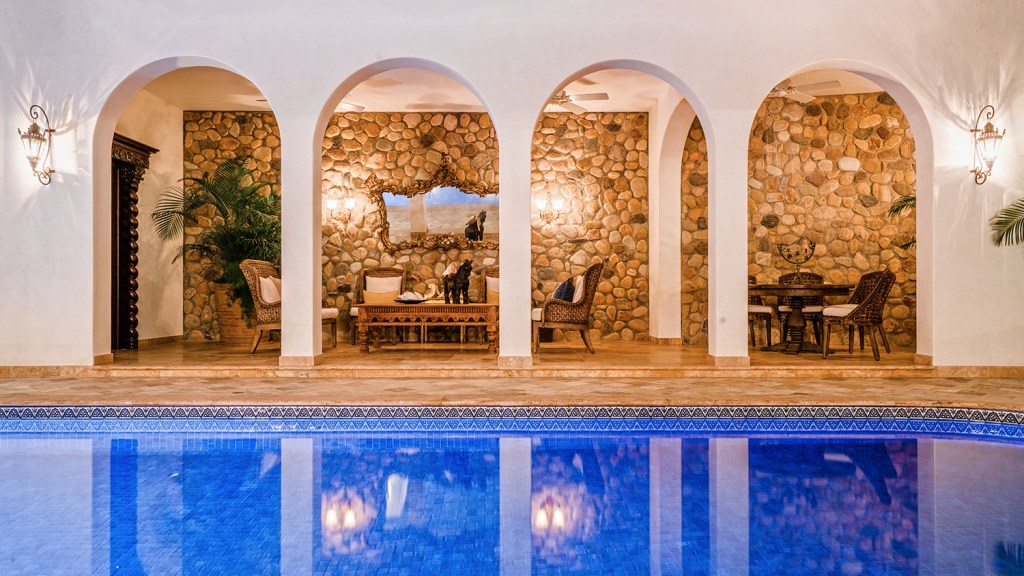 Exterior of the property at night

Pool with archways leading to cabanas

Exterior of the property at night

Pool with archways leading to cabanas

The Savoy was only O’Toole’s first tryst with Ava Gardner. Another famous rendezvous took place six years later in Puerto Vallarta—and this time, the couple wasn’t alone. Richard Burton, who was filming Night of the Iguana with Gardner, is said to have joined the duo behind closed doors. According to the story, Gardner told the two men, “There’s a fire raging inside me, and I think that it will take two stout-hearted men, a Welshman and an Irishman, to extinguish the flame.”

While we don’t know exactly where the entanglement took place, it likely occurred at Burton’s Casa Kimberly, a love nest he shared with Elizabath Taylor that is now an elegant bed-and-breakfast featuring a Taylor Suite (with her original pink-marble heart-shaped tub) and a Burton Suite (the actor’s former reading room).